New Chinese tank MBT-3000 will be ready in two years

March 25 2014
27
China continues to create new armored vehicles. One of the most important projects of recent times is the main battle tank with the symbol MBT-3000. The existence of this project became known almost two years ago. Serious work has been done during this time. To date, as follows from the available materials, Chinese experts have built a prototype of the new tank. 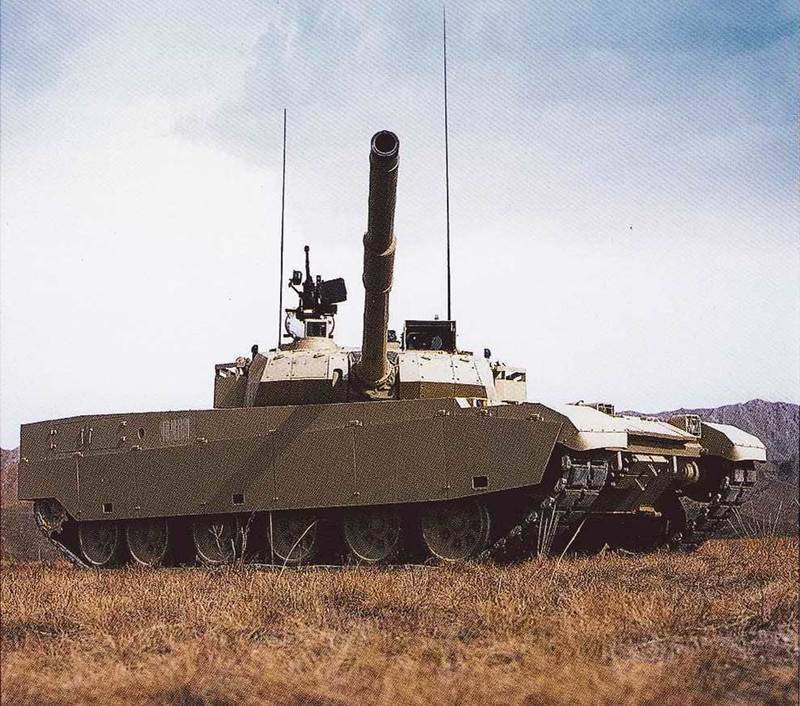 Materials on the new main tank MBT-3000 were first shown to the general public in the summer of 2012 of the year, at the Eurosatory 2012 exhibition. Then it was announced that the new project is being created on the basis of previous Chinese developments - MBT-2000 and Type 90 tanks. Then, in 2012, the approximate characteristics of the new combat vehicle became known. Over the next year and a half, NORINCO, which has been developing a new tank, continued various activities. It was argued that the mass production of new armored vehicles could start in the second half of 2014. Not so long ago, new information appeared, according to which it would take about two years to complete the MBT-3000 project. Thus, the start of mass production of new tanks should be expected no earlier than the end of 2015 of the year.

There are photos of both the layout and the prototype of the new Chinese tank. They show well the main features of the new armored vehicle, and also demonstrate its “origin”. Thus, the hull and turret of the MBT-3000 tank largely resemble the corresponding aggregates of previous Chinese-made machines. The published materials claimed that the protection of the new Chinese tank consists of basic armor, combined armor and additional reactive armor (dynamic protection system). The frontal armor of a Chinese car is, in its thickness, comparable to the protection of the German tank Leopard 2 (the exact modification of the German technology was not indicated).

Shortly after the first demonstration of promotional materials on the MBT-3000 project, information appeared about the power plant of the new tank. The car was supposed to install a diesel engine power 1200 hp According to others, the new armored vehicle could get an engine of a different model, the power of which reaches 1300 hp. In addition, the possibility of forcing the engine to hp power 1500 was not excluded. It was argued that new diesel engines are fully manufactured in Chinese enterprises, making the construction of a new tank independent of foreign manufacturers. 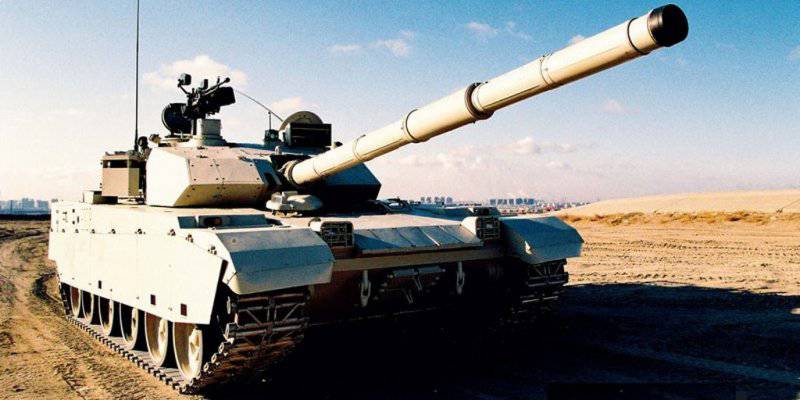 The company NORINCO declared quite high running characteristics of the new armored vehicle. With a combat weight of about 51 tons, the MBT-3000 tank should have a specific power of at least 23,5 hp. per ton (with engine power 1200 hp). When using a power pack, this parameter can reach the 29,4 hp. per ton. When using an 1200-strong engine, the maximum speed of the vehicle must exceed 70 km / h. Power reserve was declared at the level of 500 kilometers.

According to the data published in 2012, the armament complex of the new tank MBT-3000 is based on previous developments in this area. The main weapons The new armored vehicle became the 125-mm smooth-bore gun-launcher with the ability to launch guided anti-tank missiles. A machine gun of 7,62 mm caliber is paired with a gun, and a large-caliber anti-aircraft machine gun should be on the roof of the turret. According to reports, the ammunition launcher-launcher tank MBT-3000 should consist of 38 shells. 22 shots should be in the automatic loader, for which, apparently, a place is provided in the aft niche of the tower.

It is known that an updated fire control system (FCS) was created for the MBT-3000 tank. Using various elements of electronic equipment, LMS is able to ensure the performance of combat missions in accordance with the concept of a hunter-killer. A fully digital fire control system is associated with a developed sighting system equipped with a television and thermal imaging channel, as well as a laser range finder and an anti-tank missile control system. 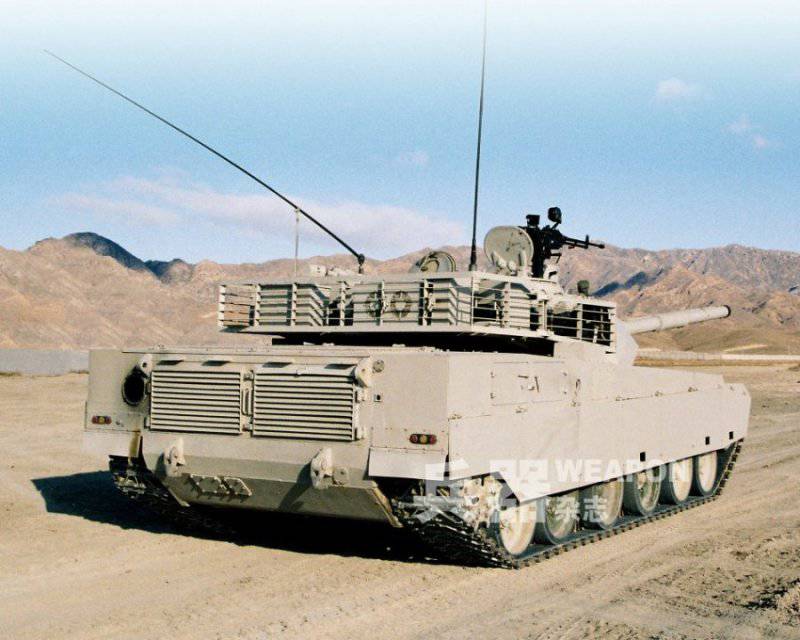 Shortly after the Eurosatory 2012 exhibition, the Chinese newspaper Shijie Bao published an article about the new tank. Most of the available information on the characteristics of the armored vehicle MBT-3000 first appeared in this publication. In addition, the Chinese newspaper compared the new development of the company NORINCO with modern foreign armored vehicles. It was claimed that the Russian machine T-3000С is a worthy competitor to the MBT-90 tank. At the same time, however, the authors of the “Shijie Bao” edition noted that the new tank of the Chinese design surpasses the Russian one in all characteristics. As for other foreign armored vehicles, the Chinese journalists noted their main disadvantage - the high cost of the technology itself and its operation, because of which they can not be compared with MBT-3000.

Available information, as well as information from the article in the Shijie Bao, suggest that the new main tank MBT-3000 is not developed for the needs of the People’s Liberation Army of China, but is intended to become a new product for sale to third countries. In this case, it becomes clear why the new development actually represents a modernization of the existing technology. The relatively low cost has long been one of the main "trump cards" of weapons and military equipment made in China and, apparently, the MBT-3000 tank will not be an exception to this rule.

As follows from the available data, NORINCO is currently conducting tests of a prototype or prototypes of a new tank, and is also working to improve the project. Initially, it was planned to launch the mass production of new tanks by the end of the 2014 of the year, but now it turned out that the first production vehicles of the MBT-3000 would come out of the assembly hall only after two years. Probably, Chinese tank builders are faced with certain problems, due to which they had to seriously revise the timing of the project. 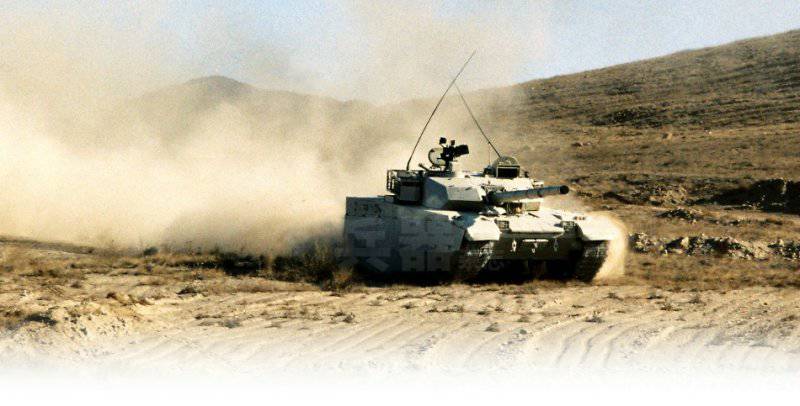 Nevertheless, even with the shift in deadlines, the MBT-3000 project perfectly illustrates China’s plans. As we see, the Chinese defense industry is going to not only re-equip its own army, but also get a large share in the international market of weapons and equipment.