March 25 2014
18
At the beginning of the 80s, the People’s Liberation Army of the People’s Republic of China and the People’s Armed Police entered service with the first assault rifle, which was developed by Chinese specialists. She remained in service until the 2000's. Millions of copies were issued, which entered the army of many states in different parts of the world. 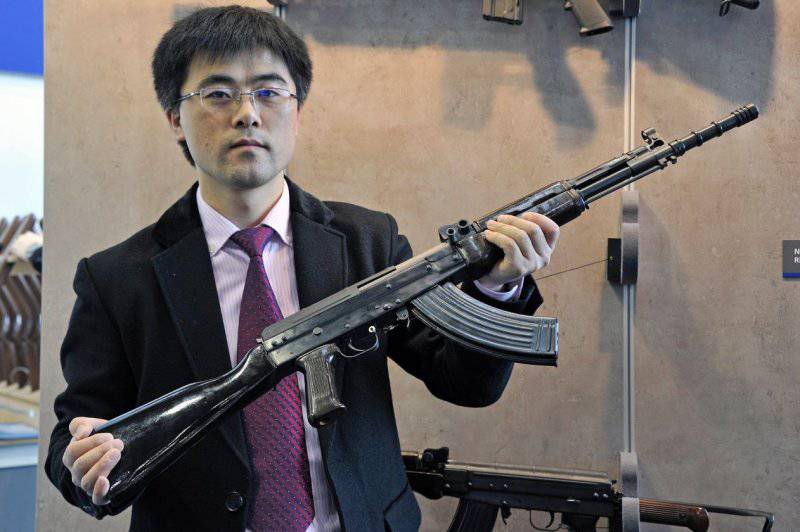 Although outwardly it looks like the famous AK, the Type 81 uses the Simonov carbine principle with a shortened gas piston stroke and a number of improvements that reduce recoil. At the end of the 80, a civilian version of the rifle was created, which fell into the list of "allowed" weapons for the American market for several months - in 1989, it was forbidden to import it, the website reports all4shooters.com.

To date, the specialists of North China Industries Corporation (NORINCO) have completely refined the concept by launching the production of a new semi-automatic version of the civilian Type 81 assault rifle, which received the designation NR-81.

The NR-81 rifle uses 7.62x39mm cartridges and magazines from an AK machine gun. It is completely steel with accessories made from brown plastic.

Three different versions of the rifle were created: NR-81S, NR-81S1 with the same receiver (45 barrel length, cm), but the NR-81S has a fixed butt, and the NR-81S1 has a folding metal butt with a plastic insert. Model NR-81S2 - is a civilian version of the Type 81 light machine gun with a modified butt, as well as a weighted and elongated barrel with folding bipod.
Ctrl Enter
Noticed oshЫbku Highlight text and press. Ctrl + Enter
We are
Bayonets of the SKS self-loading carbineSVT. Career rifle
Military Reviewin Yandex News
Military Reviewin Google News
18 comments
Information
Dear reader, to leave comments on the publication, you must sign in.