July 19 2013
14
Relations between Japan and China at the end of the 19th and the first half of the 20th centuries were very tense. Japan beat China in the 1894-1895 war - according to its results, Beijing gave Formosu Island (Taiwan) and refused to patronize Korea. After the First World War, in which Japan fought on the side of the Entente, Tokyo gained possession of Germany in Shandong. In 1928, there was a military conflict between the Kuomintang and the Japanese. In 1931, invaded Manchuria and captured it. The puppet state of Manchukuu was formed.


Since 1931, military conflicts have constantly flared up between China and Japan, Japan has sought to create a buffer demilitarized zone between Manchuku and China. In 1932, China was forced to demilitarize Shanghai, in 1933, the Japanese again attacked China, seized Zhehe province and forced the Chinese authorities to agree to create a demilitarized zone between the Great Wall of China and the Beijing-Tianjin area. In addition, the Japanese constantly interfered in the internal affairs of China, supporting rebellious generals and governors to prevent China from becoming a strong state.

The reason for the war was the incident on the Marco-Polo Bridge (Lugouqiao) 7 July 1937 - a soldier disappeared from the Japanese during a night exercise. The Japanese demanded that he be extradited or sent to search for him in the fortress of Wanping, the Chinese refused, and a skirmish began. Then, after some short negotiations, the Japanese launched a full-scale war - on July 26, the 40-thousandth Japanese army launched an offensive. July 28-30 captured Beijing, Tianjin, by the end of the year - Shanghai, Nanjing. In Nanking, the Japanese staged a terrible slaughter, killing more than 200 thousand Chinese. The Chinese were inferior to the Japanese in armament, training, discipline, they did not have a modern Navy and Air Force. 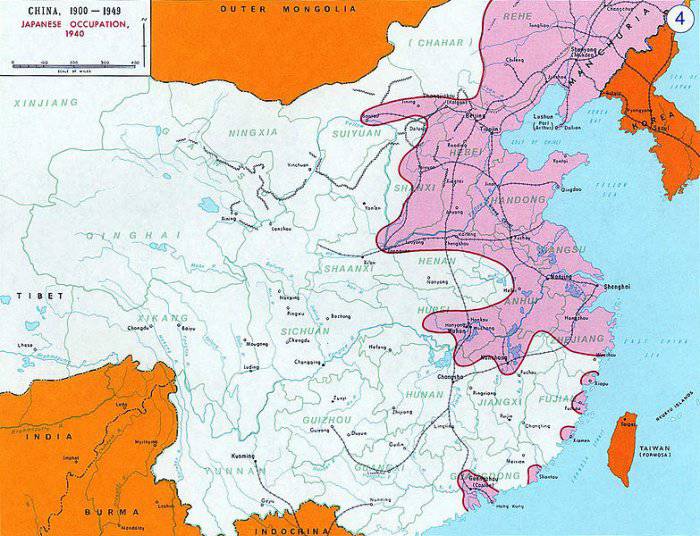 Position of the USSR

Moscow consistently all 30-s politically supported by China. The USSR was advantageous to prolong the war so that the Chinese would hold on as long as possible, thereby drawing Japan’s attention to the southern strategic direction. Japan spent strength on the war, weakened the shock group on the border with the USSR.

Therefore, Stalin began to rally the Chinese Communist Party with the government of Chiang Kai-shek in order to confront the common enemy.

- In August, 1937 was signed an agreement on non-aggression between China and the USSR, the Kuomintang government asks for material assistance.

- In connection with the almost complete loss of sea lanes, China asks Moscow to help in the construction of the Sary-Ozek-Urumqi-Lanzhou highway, the Soviet government agreed; Moscow begins to supply the Chinese weapon, ammunition, medicines, airplanes, and so on. All on credit.

- In connection with serious problems with the Air Force, aircraft are being supplied to China, Soviet military specialists are sent to help in the formation of the Chinese Air Force. In total, in 1937-1940, 300 military experts visited China on a "business trip". In total, more than 5 thousand people worked for Soviet citizens - pilots, instructors, engineers, doctors, teachers, etc. In the fall of 1937, 225 aircraft were sent to China, including 62 SB bombers, and 89 aviation specialists to train the Chinese. The planes were flown from Irkutsk through Mongolia to the Wuhan airfield in the Hupei province. The 12-beam stars of the Kuomintang government became the identification mark of Soviet volunteer pilots. At the Nanking airfield, two combat groups were concentrated: 23 I-16 fighters under the command of G.M. Prokofiev and 20 SB bombers under the command of N.M. Kidalinsky. At the Hankow airfield there was a group of 31 SB bombers under the command of F.P. Polynin. In total, by June 1941, the Union supplied China with 1250 aircraft and tens of thousands of aerial bombs. 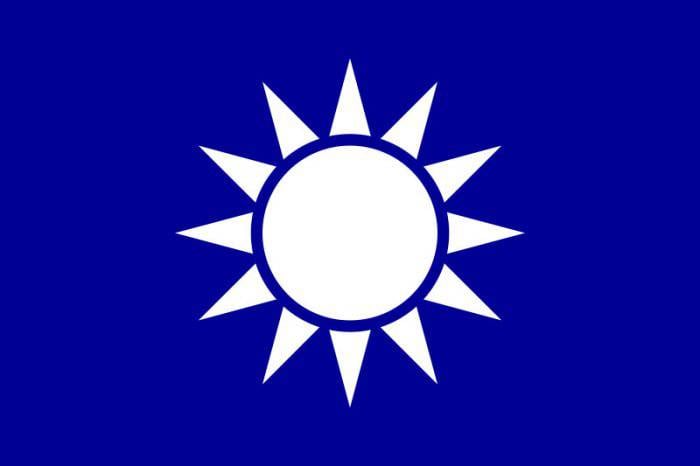 - 21 November 1937, the first air battle of the Soviet pilots with the Japanese Air Force took place: the 7 of our aircraft attacked the Japanese 20, shot down three without loss.

- In February, a squadron of high-speed bombers SB-1938 under the command of Polynin 2 attacked a Japanese airfield in the area of ​​Shanghai, destroyed 30 enemy fighters. 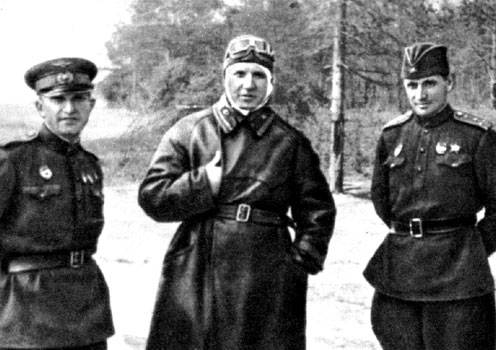 - February 23 1938 of the year 28 SB-2 under the command of F. P. Polynin made a raid on the island of Formosa, Soviet bombers attacked the Japanese airfield Taipei and the port of Xinzhou. The Japanese command believed that the bases on Formosa were invulnerable to Soviet pilots, and concentrated there large reserves of fuel and aviation equipment. The planes were brought to Formosa in containers, collected and distilled to Shanghai. As a result, the pilots destroyed 40 enemy aircraft, burned a three-year supply of fuel, destroyed the airfield. 14 November 1938 of the Year for courage and heroism in battles in China Fedor Petrovich Polynin was awarded the title Hero of the Soviet Union with the award of the Order of Lenin.

- In March, 1938, China and the USSR signed a trade agreement, Moscow provided a loan of $ 50 million for weapons. A squadron of bombers under the command of Timofey Khryukin attacked the Japanese light aircraft carrier "Yamato-maru" (according to other versions - by an aircraft-carrying ship or transport ship carrying airplanes) and drowned it on the Yellow River (according to another version - to the Yangtze). Timofey Timofeevich Khryukin 22 February 1939 was awarded the title Hero of the Soviet Union. 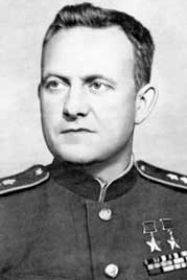 - In April, 1938 was completed the construction of a highway on the border with the USSR (in Xinjiang Province), large deliveries of weapons began, including the X-NUMX fighter, the I-62, a party of cannons, along with artillery advisers.

- At the end of May 1938, our fighters shot down 15 Japanese bombers, lost one aircraft.

Aircraft 70-IAP at a field airfield in China.

- 1 July 1938 of the USSR granted another loan, for 100 million dollars. By the beginning of 1939, due to the efforts of military advisers and volunteers from the Soviet Union, losses in the Chinese army fell. If in the 1937-1938 years, the Chinese casualties of killed and wounded were 800 thousand people (5: 1 to the losses of the Japanese), then in the second year they equaled the Japanese (300 thousand people).


- In August, the Chinese government asked 1939 to build an aircraft factory for them, by September 1940, the first phase was built (in Urumqi). It was planned to assemble it from Soviet parts, up to 300 aircraft per year. A training center was organized in Urumqi, where Soviet specialists taught Chinese pilots.

- In October, a group of Soviet long-range bombers DB-1939, commanded by Grigory Kulishenko (the Chinese called this "air tigers"), struck two blows at a Japanese airfield in Hankow, destroyed more than 3 enemy aircraft, a lot of equipment and fuel, blew up air depots . The Japanese could not bring down our planes either with anti-aircraft guns or lift fighters into the air - the airfield was “plowed” by bombs. October 100 14 G. Kulishenko flew on a combat mission, during which bombers attacked an airfield in occupied Wuhan in Hubei Province. When returning to the base, the bombers were attacked by Japanese fighters. In a fierce air battle, Kulishenko was seriously wounded, but before he died he managed to land his bomber, which had been shot down by the enemy. 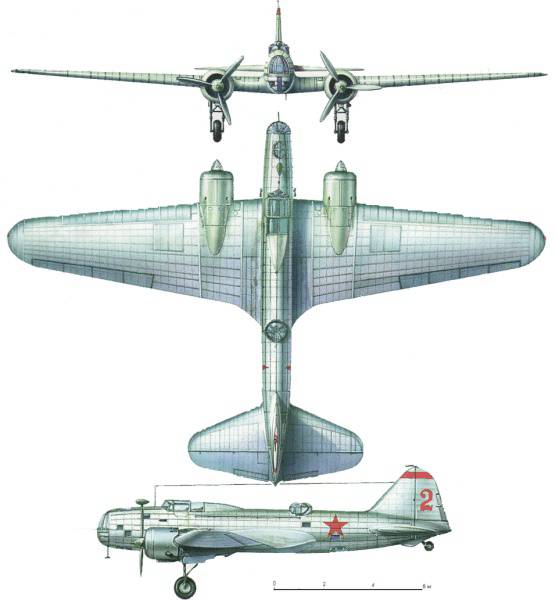 -27 December 1939, our pilots conducted the last combat operation: three SB bomber, taking off from the airfield of Xinzhang, attacked the Japanese troops in the area of ​​the Kunlun Pass. The last volunteers were removed, and after that the USSR provided only material assistance. Soviet pilots spoke negatively about the Chinese Air Force, Chinese pilots often destroyed planes, and their equipment could not provide proper maintenance and repair.

The attack of the Third Reich on the USSR and the beginning of hostilities of Japan against the United States and England in the Pacific worsened the attitude of the Kuomintang government towards Moscow - the Chinese believed that the USSR was doomed, therefore they quickly shifted to cooperation with Western countries. In the 1941-1942 years, the USSR brought out the latest advisers, and since 1943 has even curtailed trade contacts, closing trading companies and recalling workers in this sphere due to the excesses of the Kuomintang authorities and the local population. The USSR then begins to support the Communists in China even more. Soviet pilots partially replaced the American ones - the American Volunteer Group (“Flying Tigers”) was created.

The actions of Soviet military specialists and volunteers allowed the Red Army to obtain a unique combat experience, identify a number of shortcomings of military equipment, lay the foundations of cooperation and friendship with the Chinese people. Moscow forced Japan to pay great attention to the Chinese front, to shift its attention to the southern strategic direction, to transfer the most combat-ready units of the Kwantung Army to the south. 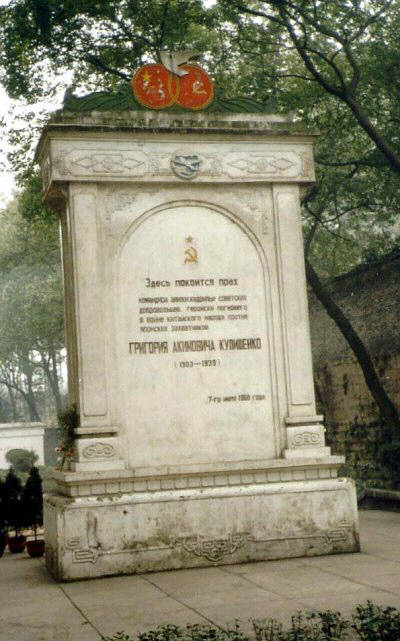 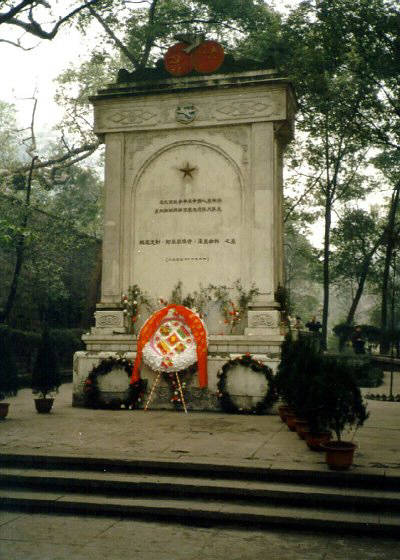 Ctrl Enter
Noticed oshЫbku Highlight text and press. Ctrl + Enter
We are
The army of Manchukuu: how the Japanese created the second “Manchu empire” and its armed forcesWhy there is no peace treaty with Japan
14 comments
Information
Dear reader, to leave comments on the publication, you must to register.