Third An-148 for the Russian Air Force

March 24 2014
46
19 March The flight tests of the third An-2014-148E passenger aircraft built by Voronezh Aircraft Company (VASO, part of UAC) for the Russian Ministry of Defense began with the serial number 100-42 and 09 registration number.

The first aircraft built by VASO under this contract was the 12 September 2013, which took off in Voronezh, to board the An-148-100 September with the serial number 42-05 and the registration number RA-61718. He was handed over to the Russian Air Force during a ceremony in Borisoglebsk on December 6 2013. The second An-148-100E aircraft under this contract (42-08, registration number 61721) took off 21 December 2013 of the year and was transferred to the Russian Air Force in February 2014 of the year.

According to preliminary plans, in 2014, eight An-148-100 airplanes should be handed over to VASO - all for government customers: four for the Russian Ministry of Defense, two for the FSB, and two for the Rossiya Special Flight Unit. 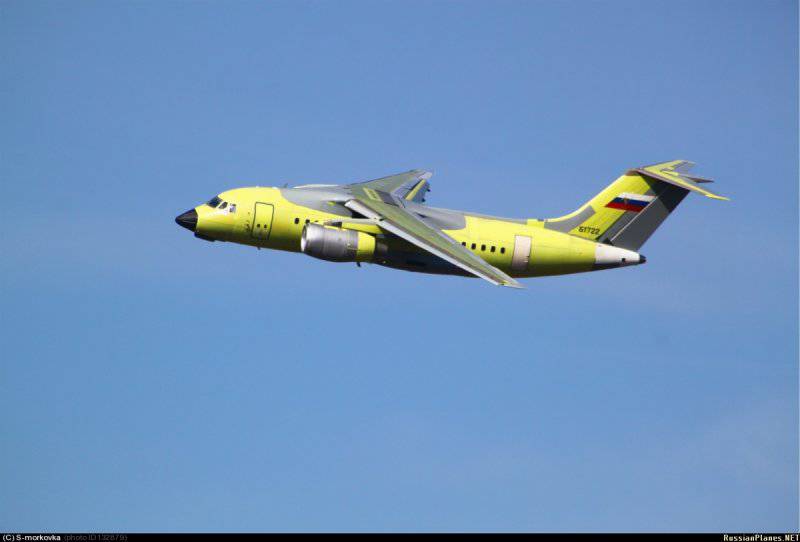 The An-148-100Е aircraft (serial number 42-09, registration number 61722) is the third aircraft of this type built by Voronezh Aircraft Company (VASO) for the Ministry of Defense of Russia, on factory tests. Voronezh, 21.03.2014 (c) S-morkovka / russianplanes.net

Ctrl Enter
Noticed oshЫbku Highlight text and press. Ctrl + Enter
We are
The action “Military service under the contract is your choice!” In Rostov-on-Don: future contract servicemen, exhibitions and “Russian Knights”Second An-148 for the Russian Air Force
Military Reviewin Yandex News
Military Reviewin Google News
46 comments
Information
Dear reader, to leave comments on the publication, you must sign in.