March 29 2014
11
Anti-terror warriors are like guardian angels of the Russian land. Often we do not notice the war on terror that the special forces soldiers are doing day after day and they do everything so that this war and its consequences do not touch us. These are heroes who, protecting us, are able, without thinking, to give their lives.


And Russia remembers examples of such victims: Budennovsk, Beslan, Dagestan, Chechnya ... All those places that left a bloody trail of terror in stories our country.

One of these heroes is Major Marchenko, an officer of the anti-terror special unit Alpha. Mikhail Petrovich was born in the Ukrainian village of Voitovtsy, Lipovetsky District. When he was seven years old, the mother, Vera Efimovna, moved with her son to the suburban village of Sverdlovsk and assigned him to a local school.

From his youth, Mikhail dreamed of serving the Motherland and prepared himself with daily workloads: he constantly trained with dumbbells, stuffed his backpack with stones and, with this weight, ran around the park in the morning.

In 1993, Mikhail Marchenko graduated from the famous Ryazan Airborne School named after V. F. Margelov, which was awarded the Order of Suvorov last year. The release amounted to three hundred people and only three of this number of children after long trials and careful selection fell into Group “A”.

As Vera Efimovna says: “Misha always wanted to get ... somewhere high, but I did not allow. But after the army, he himself entered the landing school, and then, already in 1993, at Alpha. Being in this squad is his dream. ”

During his service, Mikhail Marchenko repeatedly participated in complex operational-combat operations and, as part of his department, went on business trips to the North Caucasus six times.

1995 year ... Budennovsk ... terrorist attack that claimed many lives of our compatriots. In the book “Alpha” is my fate. ”Hero of the Soviet Union Gennady Zaitsev writes:“ Not a single special forces of the world encountered such an extremely difficult and difficult situation: hundreds of hostages in a limited space, directional mines and gas cylinders. Moreover, I draw your attention to the fact that the explosives were installed with such a devilish calculation that at the right moment the main building collapsed overnight, burying as many people as possible under the rubble. Absolutely the same handwriting we have in Dubrovka. For them, human life is nothing. ”

In this operation, "alfovtsy" lost three employees: Dmitry Burdyaev, Dmitry Ryabinkin and Vladimir Solovov. But the special forces did the impossible: despite the numerical superiority of the bandits and their combat equipment, the Alpha fighters managed to save many lives and neutralize the terrorists.

In the city of the Holy Cross, Major Marchenko was in the balance from death, as were all members of Group A who were there. During the storming of the hospital in Budennovsk, when one of the Alpha commanders shouted to him to cover him with fire, Mikhail moved out from behind the shelter and, sitting on one knee, shot the ammunition store and all the ammunition he had. His camouflage after the special operation, where he was wounded in the leg, was hit by bullets and shrapnel.

“For Budennovsk, Mikhail Marchenko was awarded the medal“ For Courage ”. When he returned, he did not tell his wife where the marks on his body had come from. "Yes, I," he says, "caught hold of an iron pillar." Details Elena learned quite by chance from Commander Marchenko, ”writes Mikhail Petrovich’s daughter, Natalya, in her essay“ Exploration in Combat, ”dedicated to her father.

According to the stories of Vera Efimovna, Mikhail Marchenko began to often go to church after being accepted into Group “A”.

"Alpha" is one of the few special forces where a clear religious position has been formed. The idea of ​​Orthodoxy was first introduced by Anatoly Savelyev, the Hero of Russia, using a personal example. Colonel Sergei Polyakov, his successor as chief of staff of Alpha (now the vice-president of the International Association of Veterans of the Alpha anti-terror unit), made it a tradition. On the basis of Group “A” there is even a prayer room in which many employees pray before going on business trips.

Mikhail Marchenko also prayed ... And the last time he went to the temple of the city of Losino-Petrovsky, located near the village of Sverdlovsk.

And then there was Chechnya again. On a sunny day of February 12, 2002, two Alpha officers and two operatives from the FSB Directorate for the Krasnoyarsk Territory were tasked to conduct reconnaissance in the village of Stariye Atagi, which at that time was a stronghold of Wahhabis.

Intelligence ended in battle, the group was ambushed. The first, having assessed the situation, Mikhail Marchenko jumped out of the car. Opening fire from a machine gun, he managed to kill two "spirits". Then he tried to hide behind a fence in the courtyard of a nearby house, but the iron gate was locked ...

Already then the gangsters, throwing the bodies of the dead in Atagi, will put on the chest of Mikhail Petrovich an icon that was with him ...

"FROM OTHER HE CANNOT REACH"

In 2010, the Sverdlovsk school, which the anti-terror hero graduated from, was given his name.

This year was also held a solemn meeting in memory of Major Marchenko. It was a friendly meeting, a warm conversation between the students of the school and the officers of Group "A". Despite their serious, responsible and dangerous service, which requires extreme concentration, they are very cheerful and bright people.

Colonel Polyakov in his speech said a lot of important words, spoke about the feat of Major Marchenko. And he could not help but touch on the theme of the 25 anniversary of the withdrawal of Soviet troops from Afghanistan, as he himself was a participant in that war. 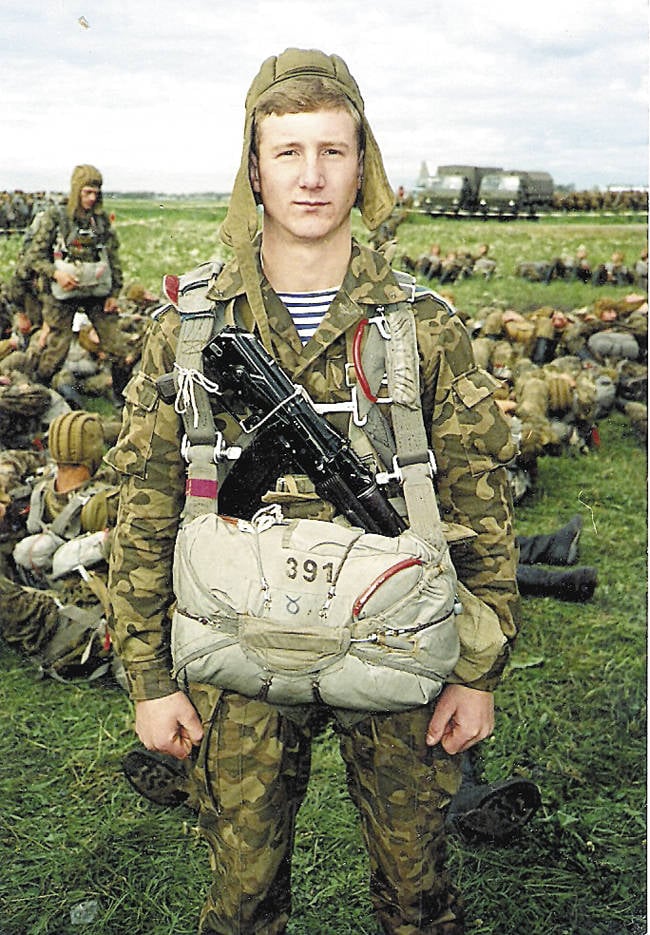 Father Oleg Girba, the senior priest of the Znamenskaya church in our village, Sverdlovsk, who also fought in Afghanistan, served a memorial service at the tomb of Mikhail Marchenko after the event.

Andrei Kharitonov, a colleague and friend of Mikhail Petrovich, recalled his comrade in the following way: “Mikhail was a simple guy, while he stood out for his diligence, purposefulness, responsiveness and was always ready to help. He could not do otherwise, he heroically accepted the battle with the superior forces of the enemy, along with Major Boris Borisovich Kurdibansky. ”

Also, every year in the Sverdlovsk school, military and sports competitions “Come on, guys!” Are held for the cup of M. P. Marchenko. Students of the 9-11 classes take part in them, and Alpha employees judge and monitor the correctness of the assignments. This year the event was attended by Vera Marchenko, who solemnly opened the game.

The guys competed in drill, strength exercises, speed and endurance. For them, these competitions are always held as a holiday, despite the need to get together and show themselves.

The Sverdlovsk school honors the memory of its hero, and now also lives under the unofficial “Alpha” motto: “Benefit, Honor and Glory”, thereby instilling love for the Motherland, patriotism to his students. And may the memory of the major of Group “A”, Mikhail Petrovich Marchenko, always live in our hearts.

Ctrl Enter
Noticed oshЫbku Highlight text and press. Ctrl + Enter
We are
Giorgadze Group, or the History of the Smashing of the Georgian Alpha"ALPHA" and "VIMPEL" on the edge of the civil war
Military Reviewin Yandex News
Military Reviewin Google News
11 comments
Information
Dear reader, to leave comments on the publication, you must sign in.