But still she turns 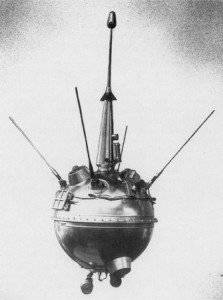 When the program for the study of the moon was still operating in the USSR, our company actively participated in it, because It was our altimeters that ensured the landing of lunars. And so it was a coincidence that after another successful moon landing, I was with another department head N.N.S. flew to Moscow to solve their affairs. I needed to be at Tupolev's company tomorrow, and he was called into the ministry to sign some papers.


As usual, they went to the famous hotel complex “Vostok”, “Zarya”, “Altai”, where one could get a simple Soviet engineer if lucky. It was on Thursday, and we were hardly placed until Monday, taking a subscription that we would release the number on demand. It was a shame to observe how people of Caucasian nationality freely accommodated (however, there was no such expression at that time) while we waited for about two hours in the chairs of the supportive administrator's decision. Well, okay, I am almost a boy - 32 is a summer department head, but my colleague is a blockade, an order bearer, and the age is already retirement, what is it like to endure such humiliations.

In a word, when by the night we finally settled, we sat for a glass of tea until three o'clock. I also asked N.N. why he hadn’t flown in early to get an appointment on the occasion of a successful launch, especially since our director there is also awarded something. He dissuaded that he was not a hunter before such events and suddenly asked if I remember how he called me from Tyuratam last year. I don’t remember. Although I didn’t obey directly NN, but then, at his request, I put our guys on the ears, having organized a hurried departure to the antenna range, where we spent half a day measuring the antenna gain in the rear hemisphere, and in the evening I transmitted the teletype this data to him at the spaceport. It was here that he told the reason for the long-standing confusion.

At the appointed time, a responsible start was expected. As usual, they pulled out all those who were in charge of any systems. And the product started, went into orbit, then all the starters had their faces brightened - they did not disappoint. And suddenly the message passed that stabilization was lost, the product was randomly spinning and did not obey commands. After such a message, the managers became sad, because under the hot hand many heads could fly. And here the cleverest of this team declares that they are not guilty - after all, telemetry regularly shows that the altimeter clearly indicates the height, and this should not happen with such tumbling. Here, says N.N.S., they dragged me to the carpet: explain what was the matter. They gave half an hour to study telemetry and demanded an answer. I had to say, since the altitude is normal, then the stabilization is not violated. After that, the product was liquidated, everything was written off as a mystic, and no one was punished. And in the evening, managers with brandy appeared in the hotel room: “But she, the reptile, was spinning. Thanks for helping out. ” And I already understood it myself, since by that time your measurements arrived in time and it was not difficult to estimate that the altimeter would keep the altitude even “upside down”, such was its gain margin.

We argued a little more about whether we should have such a reserve, but then we agreed that it would be worse if the altimeter was not measured even with a normal orientation. And the next morning we ran about their business.

PS We were evicted from the hotel on Sunday evening.