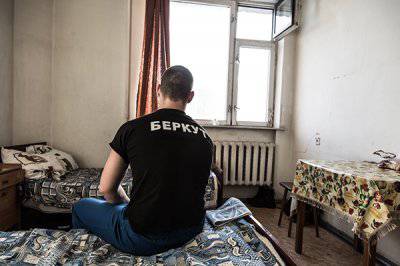 22 March The Secretary General of the Council of Europe, Thorbjørn Jagland, called on "the transitional government in Ukraine to investigate the killings of people from sniper shots" in Kiev: "These crimes should be investigated urgently to avoid further speculation."


Moreover, Jagland expressed concern that further tightening of the fulfillment by the Verkhovna Rada of signed obligations from 21 in February with President Yanukovych, in particular, on the participation of all parties and regions in the transitional government, "will lead to a delegitimization of the government and destabilization of the country." This is very similar to the ultimatum to the government of Yatsenyuk!

On March 7, the European Union officially came out for investigating crimes committed in Kiev, but after that it took a pause, and many felt that in the interests of political expediency of Europe, they would forget about it. How to forget that the peaceful demonstrators were Bandera militants. And so, he suddenly remembered the most dangerous episode for the Kiev junta of the Maidan-Bandera revolution ....

In the light of this “return of memory” to the European Council, the sniper shooting on Maidan becomes a factor of big politics. There are already two important evidences, from opposite political sides, but coinciding in that, behind this provocation in Kiev are the leaders of the Maidan.

An interview with former Ukrainian Security Service head Alexander Yakimenko, and the intercepted conversation of EU head of diplomacy Catherine Ashton and Estonian minister Urmas Paet testify that Maidan was shot by snipers from the building where head commander Maidan Bandera Andrei Paruby, who has become the NSDC secretary of Ukraine today, was killed. Parubiy falls suspicion that he is the direct organizer of this bloody shooting.

“Olga (O. Bogomolets, head of Maidan) told me that, according to all available evidence, the people killed by the snipers were from both sides (and the police, and the people from the street), and that the same snipers worked to kill people on both sides. She showed me the pictures and said that as a doctor she could talk about the same handwriting, about the same type of bullets, "says Ashton, Estonian Foreign Minister Paet. He is also “extremely worried that the new coalition does not want to investigate the exact circumstances of the incident. There is a rapidly growing understanding that behind these snipers there was not Yanukovych, but someone from the new Ukrainian coalition.”

More than thirty Berkut militiamen were wounded by snipers, they were hospitalized, and immediately after their victory Bandera members visited them. The militants demanded that the medical staff not provide medical assistance to the wounded. What a monstrous cruelty!

The participant of the night talks between Yanukovich and the opposition and the EU ministers, the Russian ombudsman Vladimir Lukin, made a proposal to take the wounded Berkutovtsy to Moscow for treatment, but there was no response from the Kiev junta. Wounded Berkutov, in fact, were captured by Bandera.

The Verkhovna Rada is not accidental that one of her first decisions after the coup announced an amnesty to all Maidan participants, but she is unlikely to be able to ignore the demand of the Council of Europe. Therefore, after Jagland’s statement, the wounded Berkut people are in great danger: they are living and extremely “inconvenient” witnesses of the execution on the Maidan. It is alarming that there is no information in the press about their fate.

An objective investigation of the sniper shooting on the Maidan, apparently, will end in a grand scandal that could put an end to the Kiev junta that came to power. But Andrei Paruby has great power today, and will, of course, seek to cover the traces of this crime. If the OSCE mission, which is starting work in Ukraine the other day, will be interested in the fate of the wounded Berkut people, this will indicate the seriousness of Jagland’s statement.

Sergey Karaganov, a member of the Council on Foreign and Defense Policy, believes that “the Europeans and the United States, who by malicious intent, who by misunderstanding, plunged Ukraine into a terrible catastrophe, which is now unfolding and leading to the collapse of the country and the loss of elementary law and order. Elements of civil war are already being observed. Throwing the country into chaos, these countries do not understand what to do next. And they decided to punish Russia for what it “did” with the Crimea. ”

It is difficult to agree with Karaganov that Western countries “do not understand something”: they understand everything. Here, most likely, something else, we see the division of Europe, about which we have long spoken, about the events in Ukraine: it is becoming a reality at the highest European level. Ukraine is plunging into chaos, and this is terrifying to sensible Europe, and it ceases to obey shouts from Washington. The European Council already speaks the language of Moscow about "destabilization and delegitimization" in Ukraine. While Washington through the mouth of Obama puts Syria and Ukraine in one row.

The clash of interests of Washington and Europe in a newly “politically associated” Ukraine can escalate into clashes between militants, speaking, conditionally, “pro-American”, apparently, Dmitry Yarosh, and “pro-European”. And then the “Syrian scenario” will begin in Ukraine. Wounded berkutovtsev urgently need to save!

Ctrl Enter
Noticed oshЫbku Highlight text and press. Ctrl + Enter
We are
Situational analysis of the death of the MH17 flight (Malaysian Boeing 777), made on the basis of engineering analysis from 15.08.2014Ukraine: dead and wounded, east and west
Military Reviewin Yandex News
Military Reviewin Google News
77 comments
Information
Dear reader, to leave comments on the publication, you must sign in.