A letter from Kiev 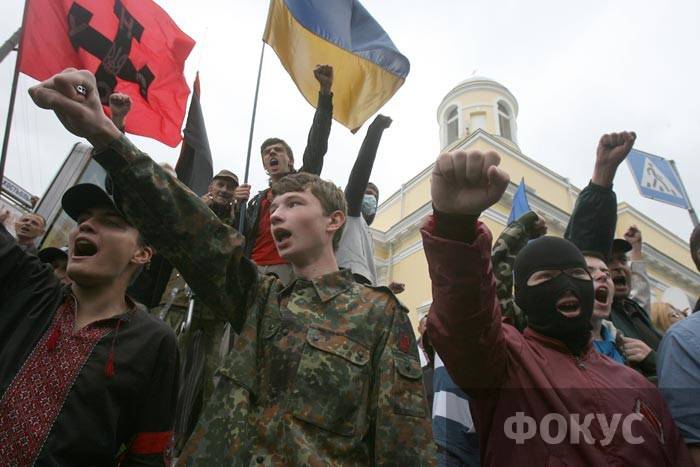 A letter came from Kiev again - but now not with a description of the situation and very short. Rather, the final. By the way, the further, the feeling is about the same.

"... We are all rolling towards a predictable finale. Is it possible that the junta made yet another idiotic mistake yesterday. They practically removed the head of Naftogaz Ukraine, Bakulin, and arrested him. And Bakulin just had to fly to Moscow to Miller for gas negotiations. Now there will be no negotiations. About the Resistance in the East: the junta made a decision not to accelerate the shares in order to let out steam, and to resist the leadership of the Resistance one by one to decapitate the movement. Well, you can see it yourself by the actions security officials ... "

The final, which is more noticeable for Kiev, looks like a choice of two equally probable events - the 2.0 revolution, but now with a much tough sweep of most of the current revolutionaries, or disrupting the situation into final chaos and inevitable in this case, bringing in troops from outside - and they will be entered from two sides. On speed.

The problem of Ukraine is that the first option is extremely unlikely for it - it already holds on to the last drop of respect for the unity of the country. The appearance instead of the almost illegitimate, but at least preserving its appearance of the Rada, a completely illegitimate Directory will finally ruin the country, and there are no forces or opportunities to force the breakaway territories into submission. Therefore, the first version will very quickly end with variations on the second.

The Kiev authorities have developed a complete consensus on the economic program. He sounds simple - "Fuck knows." On the sowing need 40-50 billion UAH. Maybe more. This was said by the profile minister, before he had time to go into business. The Minister of Finance also talks about a hole in the budget, using numbers, plus or minus, of several tens of billions, specifying that this is only at first glance. Negotiations with Russia on gas are thwarted, without starting, what will be the price from April 1, and whether there will be gas without any prepayment - nobody knows. It is even inconvenient to talk about planning on such a vague basis. The banking system is falling, the borders are closing. So far from the inside, but at such a pace the neighbors will begin to preemptively fence themselves outside. Crime is no longer just rolls over - it becomes the only type of meaningful activity throughout the territory.

In such conditions, the choice is obvious - either Somalia or Afghanistan. For Somalia, Ukraine is too unsuccessfully located - it simply will not be allowed to taste such freedom by the neighbors. What is Poland, what is Russia, what are Romanians, yes, probably, Belarusians. Looking at each other with suspicion, they will eventually be forced to take control of border areas, leaving Kiev and the Dnieper as a buffer between themselves - away from sin.

So all plans and forecasts for the development of the situation, in fact, are very speculative. The only question is how much strength is left in the dead Ukrainian statehood. It is now like ice in the spring - you can’t walk anymore, but for the time being it keeps. Guessing which of the cracks will trigger an ice-drift is a completely pointless exercise. It is important that everyone understands that spring is inevitable.

PS As a definite confirmation of what was said, another quote from another letter, already from Donetsk:

"... The Donetsk detention center is overflowing with illegally detained pro-Russian activists. There are almost no places in it. The operatives of the Donetsk city police department directly stated to the police chief Kirindyasov that they refuse to carry out political orders of Pozhidaev and the Kiev junta to suppress pro-Russian sentiments in the city.

Employees of the district police departments of the city do not talk about this directly, but they also do not carry out illegal orders. There is a riot.

Many employees are ready to write a report on the dismissal. Just waiting for the flash, waiting for some team to do it first, who pass nerves. There is strong pressure from the SBU and the prosecutor's office ...

The absolute majority of the city policemen are waiting for "polite people."

Ctrl Enter
Noticed oshЫbku Highlight text and press. Ctrl + Enter
We are
About Stalin and KhrushchevRussian revolution: the debunking of myths and nontrivial view
Military Reviewin Yandex News
Military Reviewin Google News
218 comments
Information
Dear reader, to leave comments on the publication, you must sign in.