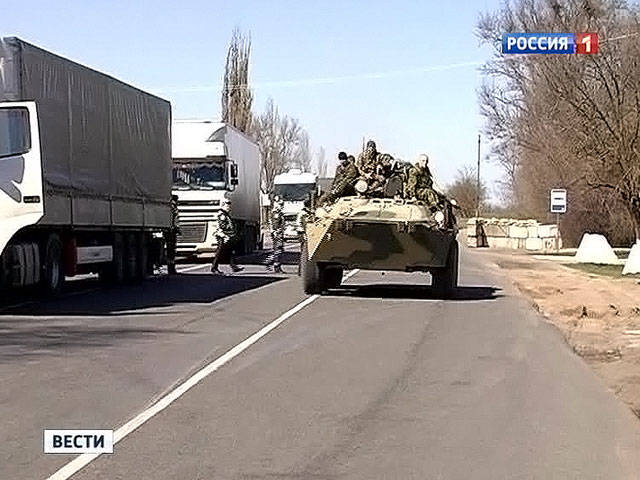 The Ukrainian border guard unilaterally blocked the border of the Crimea and Ukraine. Departure of people from the territory of the Republic of Crimea was blocked at 18.00 Moscow time. Ukrainian soldiers who decided to continue their service on the territory of Ukraine cannot cross the border either.

According to representatives of the embassy of the Crimean Federal District, this overlap is similar to a provocation: the authorities of the Crimea will subsequently be accused of “not forcibly releasing people”. Kiev thus mocks its own citizens, who want to leave the peninsula, noted in the KFO representative office.

Ctrl Enter
Noticed oshЫbku Highlight text and press. Ctrl + Enter
We are
Innovation Day of the Southern Military District: Pictures from the ExhibitionThe leadership of the CFO: Ukraine is preparing sabotage groups for terrorist attacks in the Crimea
Military Reviewin Yandex News
Military Reviewin Google News
84 comments
Information
Dear reader, to leave comments on the publication, you must sign in.