In Ukraine, detained the leader of the "militia of Donbass" Mikhail Chumachenko 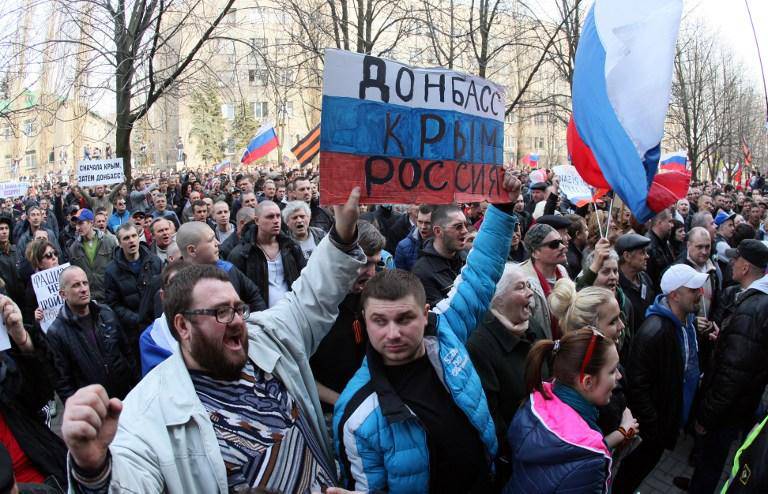 “In accordance with a court decision in Donetsk, the SBU detained the leader of the so-called“ people's militia of Donbass ”Mikhail Chumachenko,” Interfax quotes the statement of the press center of the SBU.

The head of the national militia is suspected of “preparing a violent change of the constitutional order or seizing state power” as well as “encroaching on the territorial integrity and inviolability” of the country. The preventive measure will be chosen by the court.

"The detainee seized materials that indicate intentions during a mass event in Donetsk today to urge participants to illegal actions," - said in a statement by the SBU.

We will remind that earlier, 6 of March, the security service of Ukraine also detained one of the leaders of the “people's governor” of Donetsk, Pavel Gubarev. The Kiev court arrested him for two months, accusing him of separatism. Residents of Donetsk repeatedly organized rallies demanding the release of Gubarev.

Ctrl Enter
Noticed oshЫbku Highlight text and press. Ctrl + Enter
We are
The action “Military service under the contract is your choice!” In Rostov-on-Don: future contract servicemen, exhibitions and “Russian Knights”Reports from the militia of New Russia for 7 September 2014 of the year
Military Reviewin Yandex News
Military Reviewin Google News
34 comments
Information
Dear reader, to leave comments on the publication, you must sign in.