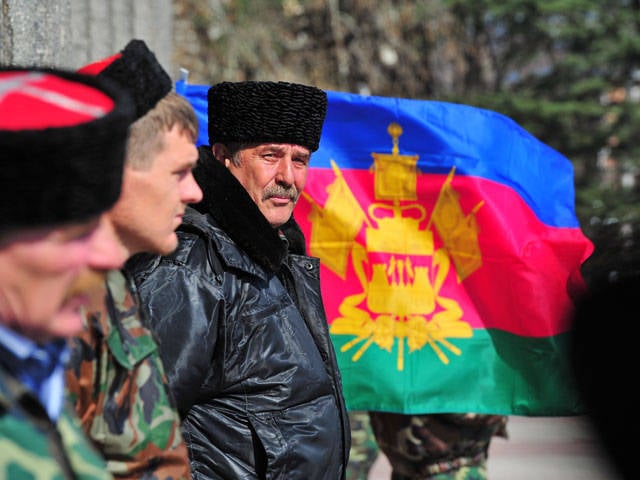 The reunification of the Crimea with Russia, and in general the events in Ukraine, brought back to the agenda the question of compatriots abroad, or more precisely the Russians, who after the collapse of the USSR turned out to be foreigners, on the spot. Today, the theme sounds completely new. Not only in the context of an injustice committed in the past, but above all from the point of view of our future.

The Soviet Union was divided along administrative lines drawn by the Soviet state builders, and they naturally proceeded from the fact that the unity of the Union could not be called into question. This is not to say that culturalhistorical factors were not taken into account at all, but there were other motives - from political to purely economic.

In the 1990-ies, relations between Moscow and the former Soviet republics, or rather, they were called "new independent states", were only established. Hot disputes boiled over whether to recognize the border that went to our country. First of all, it concerned Ukraine, which gained its present form thanks to the Soviet secretaries general.

Nevertheless, the country's leadership decided that raising the issue of revising the demarcation lines is not appropriate, since it is fraught with conflicts, even before military clashes. Bearing in mind the state of Russia at that time, it is difficult to reproach the Kremlin for indecision - it was more important to quench the momentum of disintegration that almost spread to the Russian Federation itself than to try to acquire additional territories.

However, the issue was not resolved once and for all. First, there are no unshakable boundaries at all, and there has not been a century when they would not be seriously revised. Secondly, it was not about abstract hectares and square kilometers, but about people who remained outside their own homeland apart from their will.

Russia's policy towards compatriots was not consistent. At times, they were simply forgotten, they say, very hard. At times they paid attention to current political issues, for example, when conflicts arose with the Baltic countries. The system of “soft apartheid” adopted there, dividing residents into citizens and non-citizens, is certainly a blatant example of injustice.

However, in a number of countries, for example, in Central Asia, the real situation of Russians and Russian speakers is much worse (although there is no formal discrimination). But for one reason or another, Moscow preferred not to spoil relations with the leaders of these states. And since Russia often showed indifference towards the diaspora, abrupt steps to protect compatriots, as in August 2008 th or March 2014 th, cause mistrust. Be that as it may, it is now that the question of Russians abroad acquires a coloring that was not there before.

Russia is looking for a new identity that should replace the one that has been exhausted along with the Soviet potential. The idea of ​​the "Russian world" is becoming part of self-identification. Not in the sense that the emphasis is on nationalism. God forbid, it would be destructive in our case. The Russian diaspora is a rich source of human capital, and this is the world's most intense competition for this resource. And compatriots, that is, people of the same language and culture, obviously do not carry with them problems that are associated with the influx of migrants of a different origin.

Due to the demography of Russia, in the 21st century, Russia will have to face the need to attract intellect and labor from outside. Gathering people, creating attractive conditions for them comes to the fore. This will require an active and well-considered migration policy. There are many countries in the world whose experience is worth exploring - from Israel, which accepts all compatriots, and Germany, which sets certain criteria, to "melting pots" - the USA, Canada, Australia.

The Ukrainian drama has already served as a catalyst for discussions about facilitating the acquisition of Russian citizenship by residents of Ukraine or all residents of the CIS. A step in the right direction, although liberalization alone is not enough. We need special procedures for selecting the desired migrants and regulating the influx - the Russian society must get used to the new situation. And to feel that openness gives in the modern world more than attempts to close and shut off.