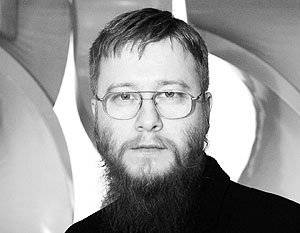 The West has no more values, no unshakable postulates, no tablets of the testament of the Western world, addressed to humanity. And that means ... I don’t want to believe in this, but ... there is no longer any West as a civilizational concept.


Barack Obama, in a conversation with Vladimir Putin, said that the results of the referendum in Crimea "will never be recognized by the United States and the international community."

The UK also does not intend to recognize the results of the referendum in Crimea: “We do not recognize the Crimean referendum or its results,” said the official representative of Downing Street, 10.

The same position was expressed by the EU High Representative for Foreign Affairs and Security Policy Catherine Ashton, who called on Russia to engage in direct dialogue with Ukraine.

Statements by representatives of the global West are essentially revolutionary. 17 March, we woke up in a new world, in which there is no longer that West, the myth about which took shape at least the last three centuries.

Just because the position regarding the non-recognition of the results of the referendum and the new status of Crimea, the West - as a global civilization project - has driven itself into a conceptual dead end.

And it happened because its official representatives trampled upon all the main myths about Western civilization, especially zealously spread during the last century.

The first of the destroyed Western myths is the myth of absolute domination of law in the West, which developed against the background of endless spells that within the framework of Western civilization (and so should be everywhere) the law is above all, and there is nothing above the law before which everyone is equal .

The position on the Crimean referendum completely debunked this thesis. The West refers to the constitution of the state of Ukraine, which is most cruelly violated by its adherents on the Maidan, and does not recognize the referendum (despite the fact that from the point of view of international law, the referendum does not require recognition as such, unlike the state or government), which was held in strict compliance with the current Constitution and the laws of the Crimea.

This does not fit the logic of advancing the interests of the West. Right. But then what is the rule of law? Or only laws adopted in the West itself have absolute value and indisputable value?

Then it is pure civilizational racism, where people living in the legal space are recognized only by residents of the West, and the rest are barbarians and savages, to whom the law is not written.

The second violated myth about the West is the myth about democracy. Its essence, as we have been inspired, especially in the last few decades, is that democracy, especially Western liberal democracy, is the best form of organization of state and social structure.

And that only democratic procedures and instruments for the administration of political functions are the only possible and legitimate ones in the framework of the modern world that is globalizing by Western standards.

This, and so rather dubious myth, mercilessly trampled by the position on the Crimean referendum. There is nothing more democratic than the direct will of the people, expressed in the form of universal suffrage in compliance with all laws and democratic procedures adopted in the West itself.

It is this expression of will is the extreme form of manifestation of democracy, which was set by the West as a socio-political absolute. And now everyone understands that no democracy for the West is of no value if it does not correspond to the advancement of its interests. Democracy, too, deleted.

The last, "sacred" myth, planted by the West everywhere where its influence extended, remains - it is a myth about the inadmissibility, enormity and absolute censure of any form of fascism, Nazism and everything that even remotely resembles - aesthetically, stylistically, in form or content. - The political regime created by the adherents of Adolf Hitler in the center of Europe in the early to middle of the 20th century.

And this myth was vain and untenable. Western politicians sacrificed it so easily that they feel the internal readiness of the West to repeat the same experiment again, only now not with their own hands, but with the help of "legionaries", punishers recruited from among the nations at a lower level of civilization. racial development in relation to the peoples of the West, i.e. of those who are arrogantly attributed to the barbarians and savages.

Everything that is happening in Ukraine before our eyes with the full and unanimous support of the West - not only in essence, but also literally, is a direct reference to the Hitler version of European nationalism in its bloodiest and ugliest manifestation.

# {author} To give the Crimea to the mercy of the direct heirs of Bandera and Shukhevych - in modern conditions the triumph of minimal humanism is the same as agreeing with the construction of death camps for the destruction of the Jews. Or "Muscovites knives" possible? And then what to do with the formula "Bay, well ... and m ..."? Now you can again?

Having destroyed three basic myths that determine the inviolability and perfection of Western civilization, European and American politicians are facing the abyss.

From now on, no one will ever, except for madcap fanatics, believe in appeals, appeals and assurances of the West, addressed to the rest of the world of barbarians and savages.

The West has no more values, no unshakable postulates, no tablets of the covenant of the Western world, addressed to humanity. And that means ... I don’t want to believe this, but ... there is no longer any West as a civilizational concept.

There are groups of greedy politicians. Oligarchs and renegades of mankind who view the world solely as a source of personal gain.

And, looking at these nonentities, the forces of genuine people's self-defense, I hope, will not falter anymore. The king was naked, and his chimeras are vain. No more West ...

Ctrl Enter
Noticed oshЫbku Highlight text and press. Ctrl + Enter
We are
A great interview with Sergey Lavrov: about Ukraine, Obama and IranInterview by President Bashar Al-Assad to the Sunday Times
Military Reviewin Yandex News
Military Reviewin Google News
43 comments
Information
Dear reader, to leave comments on the publication, you must sign in.