Combined weapon always created in order to get an object that performs two or more functions. One type of atypical weapon is a key combined with a firearm. Judging by the variety of copies of such weapons, the idea to have a key-gun (key-gun) pursued gunsmiths for more than one century, most sources indicate the dates of manufacture and the origin of these key-guns: Western Europe, the end of 17 century - mid 19 century. There are keys pistols as wick ignition, and with ignition systems of later samples: flint, capsule. The intended purpose of this item is two: the key - to unlock the locks of the locks, weapons - for self-defense. Judging by the descriptions in various sources, on weapon forums on the net (although I personally did not find a more or less authoritative literary source), the pistol-key could be used by prison guards; on ships in the holds of which the slaves carried were locked up; for locking the main gate leading to the estate, at a time when there were many bandits on the roads; night watchmen guarding the manor or city streets.

Key gun wick ignition. The beard is a key shaped figure, the core is hollow, performing the role of the bore. A spring-loaded serpentine is fixed at the base of the key at its head with a through screw. The seed hole is located opposite the serpentine head. In my opinion, the wick ignition method is not quite suitable for a combined weapon, there is no surprise effect, since a smoldering wick is visible, it is difficult to keep the weapon in a state of alert ready. 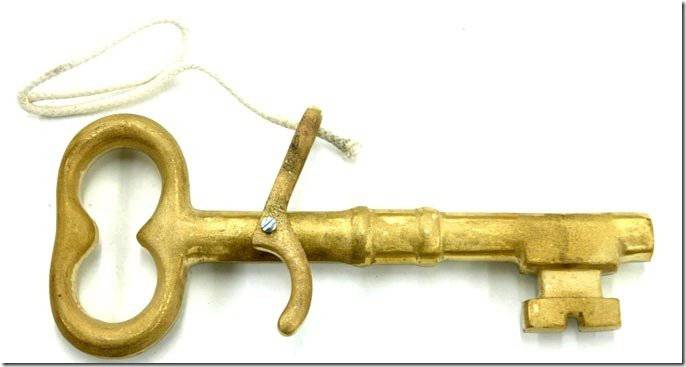 However, this weapon is in demand among collectors. Online store dixiegunworks.com produces and sells replicas of such weapons in the United States.

The flintlock key-gun is a fairly effective weapon that is constantly ready for use, is not so dependent on weather conditions and is quite simple to use. Locks to these pistols were made both as a separate element and representing a part of the key stem design.

One of the famous keys of pistols with a flintlock is the weapon stored in Poland at the Marienburg Castle Museum (Malbork). This key-gun was made approximately at the end of the XVII - the beginning of the XVIII century, on the lock board there is a marking in the form of four beveled crosses. The barrel in the upper part has an inscription, which is made of brass, translated from Polish: “God guard” (“BOZE STRZEZ”). The length of the 42,1 pistol key-cm, the barrel of 34,5 length, see. 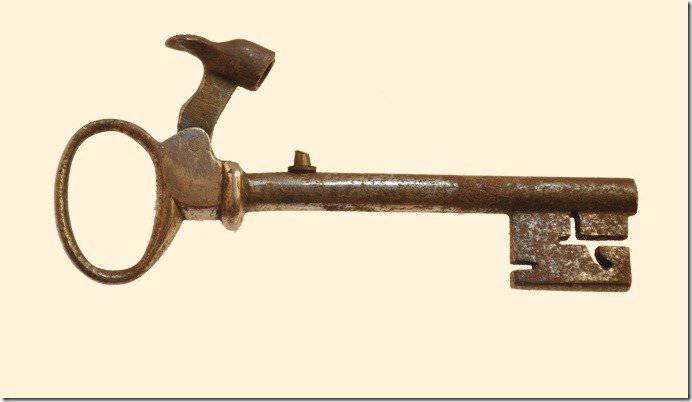 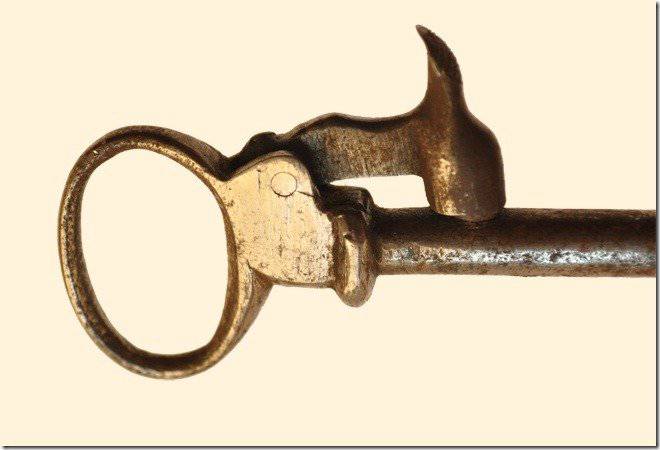 The key gun of capsule ignition, can be various design. Consider the three main models.
In the first case, the brand tube is located on the side surface of the key shaft, and the trigger is fixed on the axis in the key head. The trigger is spring-loaded, the trigger is released by forward feeding the trigger, after which it breaks off from the platoon and strikes the primer. 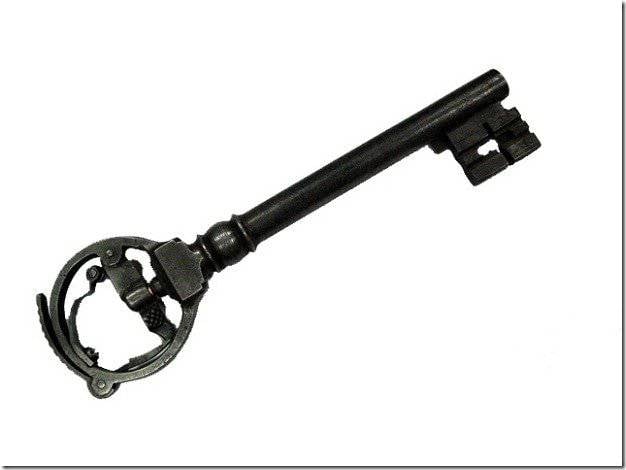 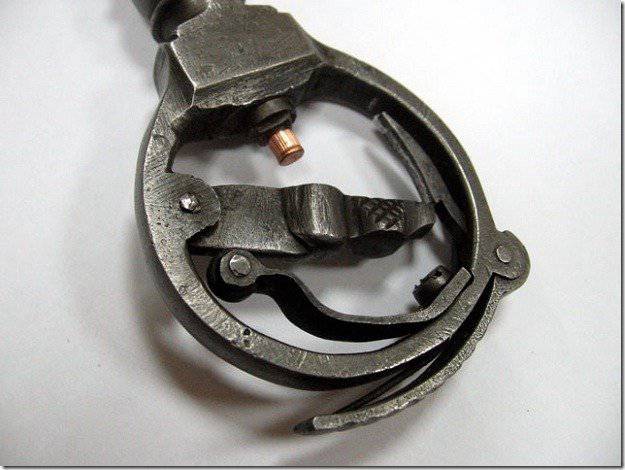 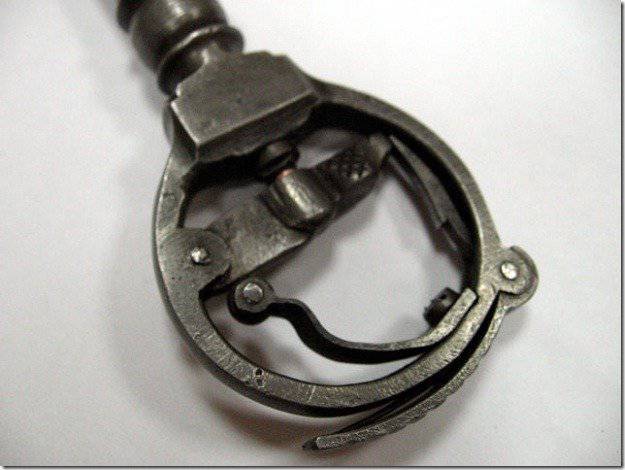 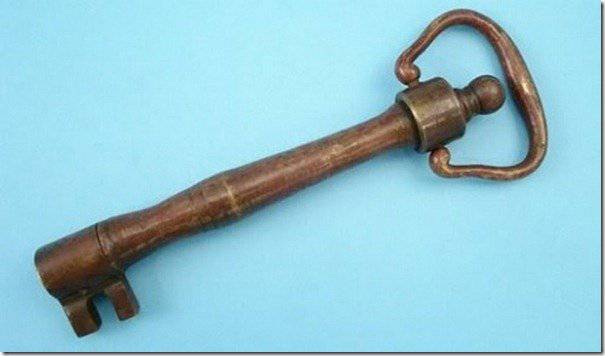 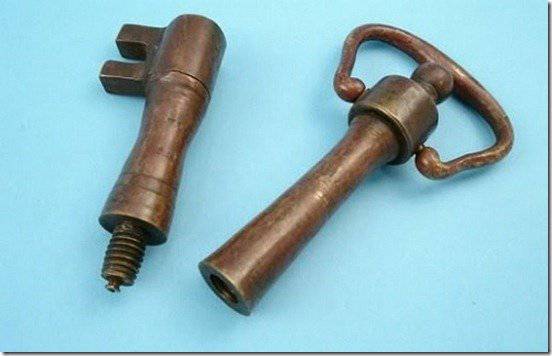 The third key-gun consists of two parts, connected by a threaded connection. The upper part (with the key head), in the core of which a spring-loaded drummer is fixed, with the base in the form of a ball located in the head of the key. For the convenience of raising and lowering (for firing a shot), the head of the key is hinged on the key axis. The lower part (with the key bit) is a trunk, in the upper part (in the place of the threaded connection) it is equipped with a brand-tube (nipple) to install the primer. For a shot, you must pull the base (ball) of the spring-loaded drummer and release it.