Reverse aileron. The West is showing clear signs of a systemic crisis. 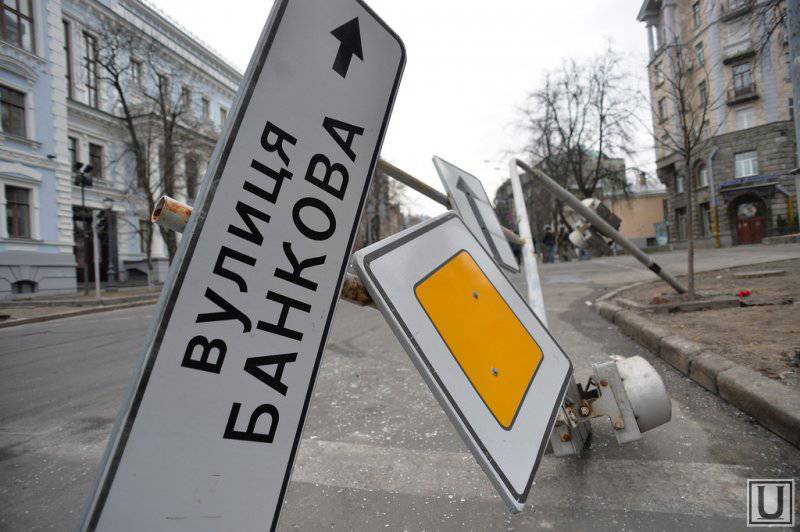 A couple of weeks ago, when the decision on a referendum in the Crimea was only made, I spoke out rather skeptically about this. After all, the speed of organizing this referendum did not leave time for a serious discussion of all the pros and cons, and the very formulation of the referendum - without an alternative to “leave the current state” - also gives grounds for complaints. Unfortunately, I still think: these suspensions in the design will give our opponents opportunities for a variety of legal and diplomatic accusations against the Crimea, and the Russian Federation, and the whole of Russia.

But, on the other hand, I have to admit: the clearly provocative shooting in Simferopol, which occurred on the night of 18 on 19 in March, proves that there really were very good reasons for speeding up the procedure. In that publication, I assumed the existence of some extraordinary circumstances that could dramatically destabilize the situation and thus make it difficult to hold a referendum, and maybe even cause serious damage to the inhabitants of the Crimea. Now I must admit: the actions of these criminals proved that Crimea had very good reasons to hurry to the Russian Federation. And I can join the many commentators expressing gratitude to the "pravosekam", "svobodovtsam", the figures of the Ministry of Foreign Affairs of the United States of America and other fighters for the maximum removal of Ukraine from the rest of Russia. Thanks for the fact that their actions bring the result opposite to their desires.

Here I must note: this is how complex systems behave, whose stability is seriously impaired. In such circumstances, the usual and seemingly well-predictable control actions give the opposite result.

В aviationfor example, the most famous picture of this kind: aileron reverse, when, due to the high speed and low stiffness of the wings, the deviation of the ailerons (control surfaces at the ends of the wings) bends the wings themselves to such an extent that a change in the lift of the wing, opposite the change in the lift of the aileron , surpasses it - and then any action of the pilot, designed to straighten the roll, on the contrary, increases the roll. A well-trained pilot can recognize an exit to such a flight mode and change the sign of his control actions to the opposite. But not everyone is able to do this fast enough.

Now, it seems, the West has reached a state close to the aileron reverse in aviation. The load on the system is so great, and its rigidity is so small that any actions in opposition to some undesirable phenomenon for Western leaders will only reinforce this phenomenon.

In aviation, to combat the ailerons reverse and other similar phenomena, it is necessary to radically reconstruct the apparatus itself in accordance with the new loads in the new conditions. But in aviation it is easier. There you can put the plane on the joke for repair; You can limit the allowable range of flight regimes; You can even build a new plane, and write off the old one. I am afraid that in the foreseeable future it is hardly possible to build a new United States of America and write off the old ones. And to reset the flight mode to reduce the load on the system also does not work out - the expectations of the managers and the obligations of the managers are too high.

Obviously, we will have more than one year of pleasure in observing the classic crisis of controllability of a complex system. The same crisis occurred a century ago. In the First World War, all the great powers willingly went into the calculation, as one of the German propagandists put it, “to return home before the leaves fall.” But it dragged on 4 of the year, led to the collapse of four empires (Austrian, German, Russian, Turkish) and a serious crisis in two more (British, French), why these empires, in fact, did not survive the Second World War, which was a continuation of the First World War. .

The only thing that comforts is: among the leaders of both the Russian Federation and all of Russia, at least three people have repeatedly and variously proved their ability to act competently in such circumstances. I mean, naturally, Alexander Grigorievich Lukashenko, Nursultan Abishevich Nazarbayev and Vladimir Vladimirovich Putin. So one can hope: our ailerons are not reversed, and we will safely bring the Russian plane to its intended goal - and, if necessary, we will set a new goal.

Ctrl Enter
Noticed oshЫbku Highlight text and press. Ctrl + Enter
We are
About Stalin and KhrushchevMilitary reform as an integral part of the security concept of the Russian Federation: Systematic dynamic assessment
Military Reviewin Yandex News
Military Reviewin Google News
47 comments
Information
Dear reader, to leave comments on the publication, you must sign in.