Feeling of the motherland 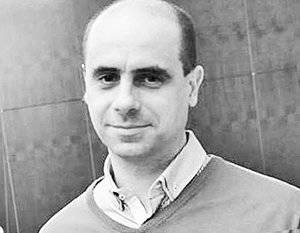 In the address of Vladimir Putin to the Federal Assembly of the Russian Federation on the issue of signing an agreement on the annexation of the Crimea and Sevastopol there are many promises:


- placement of accents on all key issues of Russian-Ukrainian relations, interaction with the West;
- assessment of the situation;

- careful indication of possible next steps of the Russian authorities (“by diplomatic, political, legal” means to seek the restoration of constitutional order in the Ukrainian land and the legal consolidation of the rights of Russian-speaking citizens).

But it is important that the appeal was directed not to the Ukrainian or Western elites, but to the public, the peoples.

Earlier, the Russian leadership pursued a slightly different political line. The main principle in relations between the two countries was interaction at the level of government.

Unlike the Americans, the Russians did not take an active part in the formation of civil society structures - they did not train leaders, did not create public organizations that would consistently pursue a line on the union of the two countries. Relations were built mainly at the level of elites. The only exception is the creation of the “Ukrainian choice”. However, this was an example of how civil initiatives cannot be built.

In the cynicism and corruption of the Ukrainian elite, we were convinced of all these 23 years. We were betrayed and deceived more than once.

December 1 1991 voted on the referendum for independence as part of the confederative entity - the Commonwealth of Independent States. Instead, Kravchuk refused to sign the CIS charter and thwarted all attempts at integration within this education.

In 1994, they voted for Kuchma, who promised to unite with Russia. As a result, they got oligarchy and alliance with the West.

They did everything to win Yanukovych in 2010. They gave him, by the way, not only their voices, but also agitated, spent their material means. Got a European integration. From the very beginning it was clear that this would lead to the disintegration of the country and civil war. After all, people got so sick of life that any, even the most extensive bloodshed, did not seem terrible.
He spoke about this to the Deputy of the Verkhovna Rada Vadim Kolesnichenko. He chose to wait for further development. He was afraid for his deputy mandate. What is he going to do with him today?

He spoke to Verkhovna Rada deputy Oleg Tsarev. True, he honestly admitted that he was afraid for his business, for his factories. Today, the new "power" will surely take everything away from him. And what did he win in the end?

But these were then the most sensible politicians in the regional environment. My former classmates, campaigning for the Association Agreement with the EU, did not come out of the TV channels, and the opposite opinion was forbidden.

And, of course, they stole, they stole and they stole. Alas, it is difficult for Russians to understand that the level of corruption in Ukraine all these years was several orders of magnitude higher than in Russia.

Against this background, hope remained only for one person - Vladimir Putin. And when in July 2013 of the year he preferred to talk with Yanukovych an appeal to the Ukrainian people directly at a conference devoted to the 1025 anniversary of the baptism of Kievan Rus, the feeling arose that the course of Russia would change.

Then Putin said simple and understandable things: no one will feel sorry for us in this world, they will continue to press from all sides, and you can only survive together, united.

- He clearly divided the corrupt, mazepinstvuyuschey Ukrainian pseudo-elite and the Ukrainian people.

- Similarly, he separated American and German society from Western leaders. Obama, Merkel, Hollande, Tusk, Cameron and others may be for Russia only negotiators, but not allies.

- The circle of Russia's foreign policy friends has been designated - India and China.
“The principle of legitimism and respect for the rule of law are the basis for international politics and the resolution of the Ukrainian crisis.

- Russia will restore the unity of the Russian world. It is characteristic that the very idea of ​​the Russian world was formulated in the works of one of the fathers of the Ukrainian nation, the writer and thinker Panteleimon Kulish.

- Return to the bipolar world. In essence, there is a revival of the system of checks and balances, formulated by Cardinal Richelieu. Rejection of her invariably led to the deepest conflicts.

But perhaps the most important thing is that Putin returned to us, to all supporters of the Russian Federation in Kiev, Kirovograd, Odessa, Kharkov, Dnepropetrovsk, in the Donbas, a sense of homeland. And today there is no Russia or Ukraine as separate entities from each other - there is a single country, temporarily split and torn.

After all, you can not live all the time with a split consciousness - this will lead to schizophrenia. We can not put up with the split of the country - it means humbly waiting for the next tragedy. And you can not endlessly share the motherland - it means to remain in a constant state of conflict with your own conscience.

Ctrl Enter
Noticed oshЫbku Highlight text and press. Ctrl + Enter
We are
Nikolay Silaev, Andrei Sushentsov: Georgia after the elections and prospects for Russian-Georgian relationsVladimir Putin: Democracy and the quality of the state
Military Reviewin Yandex News
Military Reviewin Google News
32 comments
Information
Dear reader, to leave comments on the publication, you must sign in.