How Stalin returned Klaipeda to Lithuania

March 22 2014
16
Open small historical a secret. It turns out that Nikita Khrushchev, giving Crimea to Ukraine in 1954, took an example from no one but Comrade Stalin himself. Indeed, four years earlier, on May 20, 1950, Lithuania received the city of Klaipeda from the Russian Federation in approximately the same way. Likewise, without proper formalities and in violation of the Constitution of the USSR. 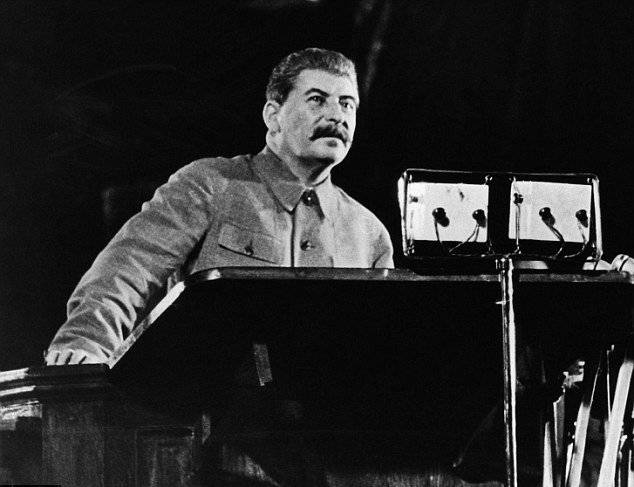 It is important to note that at the time of the start of the Second World War, Klaipeda was called Memel, and did not belong to Lithuania, but to Germany. This city was founded by German knights in 1252 year and more than six centuries was part of Prussia. After World War I, the Memelsky (Klaipeda) Territory was occupied by French troops, and in 1923 passed to Lithuania with the active assistance of Soviet Russia.

In March 1939, Adolf Hitler presented an ultimatum and forced Lithuania to abandon Klaipeda. Although according to an international treaty, the United Kingdom and France guaranteed the status of Klaipeda region and were obliged to intercede. However, the President of Lithuania, Antanas Smetona, after a five-hour meeting with the generals and ministers decided to, nevertheless, give Klaipeda to Nazi Germany. The Germans promised to provide Lithuanians with a few berths for rent, so that they could also use the port. In case of refusal, Hitler threatened to occupy the whole country. If the Lithuanians had fought for their port city, the Second World War would have started half a year earlier here, and not in Poland. After all, Britain and France were obliged to intervene. Then, most likely, there would not be the notorious Molotov-Ribbentrop Pact ...

The threats of Hitler to seize the whole of Lithuania were later implemented by Joseph Stalin. In the summer of 1940, Lithuania lost its independence and was annexed by the USSR. 22 June 1941 was the Soviet-German border between Memel (Klaipeda) and Palanga. That is why after the war, this land was formally considered to be German territory occupied by the Soviet Army. An indirect confirmation of this can be found even in the modern works of Lithuanian historians. There, for example, they cite a document that describes the abuses of the Soviet occupation forces. The rear teams allegedly took cattle away from local peasants and sold it in Lithuania. From this it follows logically that Klaipeda region right after the war did not belong to Lithuania. That is why there were almost no forest brothers and the Lithuanian anti-Soviet resistance movement. 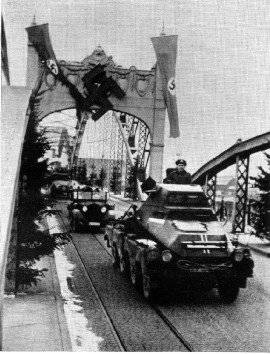 Leader's interest in the non-freezing ports of the Baltic

Surprisingly, the German non-freezing ports on the Baltic — Königsberg and Memel — interested “the leader of all peoples” Comrade Stalin at the beginning of the war. After the defeat of the Germans near Moscow, the Supreme Commander of the Red Army was in euphoria and believed that the war would soon end, and Hitler, like Napoleon, would be thrown out of his native land in a few months. Therefore, the plans for the partition of Germany, the USSR began to build in December 1941 year (!!!). It was then that Joseph Stalin held talks with Anthony Eden, who headed the British Foreign Office. The Soviet side prepared a secret protocol to the draft treaty on joint actions of the two countries. in which it was proposed to divide Germany into a number of independent states, to separate East Prussia, and transfer part of it with Koenigsberg and Memel to the USSR for a period of twenty years as a guarantee of compensation for losses incurred by the Soviet Union from the war with Germany (Source: "USSR and the German Question. 1941- 1949 ", v. 1, M., 1996, p. 138).

The secret protocol was never signed, but in August 1945, the Berlin (Potsdam) conference of the three great powers approved the transfer of part of East Prussia to the Soviet Union, including Königsberg and Klaipeda (Memel).

In the postwar years, the future of East Prussia was rather vague. Therefore, at first there was little that was built, and good German bricks from the numerous ruins of Koenigsberg were taken to the construction sites of Moscow and Leningrad. According to the memoirs of the veterans, it was not even ruled out that Koenigsberg would have to be returned to Germany in the future. Probably, Stalin took into account this possibility and several years after the end of the war he decided to change the status of Memel-Klaipeda in order to leave at least one non-freezing port in the Baltic for the USSR.

It was not so easy to return the Klaipeda region to the Republic of Lithuania. Probably, fearing international complications, the transfer of the city of Lithuania was not particularly advertised either then or later. She was skillfully hidden behind a smoke screen of the administrative division reform. The transfer of Klaipeda to Lithuania was carried out quite cleverly and carefully. And not abruptly, but smoothly in two steps. First, in 1948, a law was adopted on the administrative-territorial division of the Republic of Lithuania, in which the Klaipeda region was mentioned for the first time. But this did not mean at all that the city at that moment really belonged to Lithuania. After all, Vilnius in 20-30-s according to the Lithuanian Constitution was considered the capital of the country, although in fact this city was captured by Poland and was located on its territory. Therefore, the temporary capital was then in Kaunas. A similar situation developed after the war with Klaipeda. Klaipeda region was also considered Lithuanian, although in the first post-war years it did not belong to the republic, but existed as a separate administrative unit of the Russian Federation.

In 1948, the great powers of the United States and England did not react in any way to the formal violation of the status of Klaipeda region as an occupied German territory. Perhaps they were too busy with the cold war and simply did not notice the new law of the Lithuanian SSR, where the Klaipeda region was mentioned. The influence of the Lithuanian lobby in the USA, which was interested in the return of the port city of Lithuania, cannot be ruled out either. After waiting for loyalty a couple more years, Joseph Stalin issued the transfer of the city of Lithuania already at the all-union level.

20 May 1950, the Presidium of the Supreme Soviet of the USSR issued a decree according to which a number of regions were formed within the Lithuanian SSR, including the Klaipeda region, which was thus separated from the Russian Federation. Everyone tried to do quietly. For the sake of this, they even went to a formal violation of the USSR Constitution, in accordance with which the territory of the Union Republic - in this case, the RSFSR - could not be changed without its consent. The transfer of territory from one republic to another required the consent of the Supreme Soviets of the two republics, approved by a decree of the same Presidium of the USSR Supreme Soviet. But such procedures were not performed. That is why the legal act on the transfer of the Klaipeda region to Lithuania was not drawn up. Apparently, the instruction of Comrade Stalin made Soviet officials turn a blind eye to all formal violations. And then in 1954, about the same pattern, Nikita Khrushchev transferred Crimea to Ukraine.

No accession documents, but there is a contract

The absence of a legal act on the transfer of Klaipeda to Lithuania was also recognized by the former President of Lithuania, Algirdas Brazauskas. He stated in 1990 year that “after the war there are no official documents on the accession of Klaipeda region to the territory of Lithuania ...” (Source: Sovetskaya Lithuania newspaper from 08.03.1990).

For obvious reasons, in Soviet times, the fact of the final transfer of Klaipeda to Lithuania 20 in May 1950, was ignored. Although indirect evidence is sufficient. For example, it is known that the city newspaper Sovetskaya Klaipeda (now the newspaper Klaipeda) was published in Russian only since 1945. In 1950, it was combined with the Lithuanian county newspaper "Raudonasis Švituris" ("Red Beacon"), and only then, after 5 years after the end of the war, did it begin to be published in two languages.

In the post-war years, only the Russian Drama Theater operated here, in which the famous Anatoly Papanov began his artistic career. A Lithuanian theater appeared in Klaipeda only in the 50-ies. The Russian theater disappeared after that ...

In international legal terms, the status of Klaipeda and the Kaliningrad region was finally confirmed by the recognition by all participants of the Helsinki meeting 1975 of the principle of inviolability of borders and the signing of the Final Settlement Treaty in Moscow by the foreign ministers of Germany, GDR, France, the Soviet Union, the United Kingdom and the United States. in relation to Germany. As well as the signing by the President of Russia Boris Yeltsin and the President of Lithuania Algirdas Brazauskas of the border treaty of 12 of the year, securing the modern borders between Russia and Lithuania. 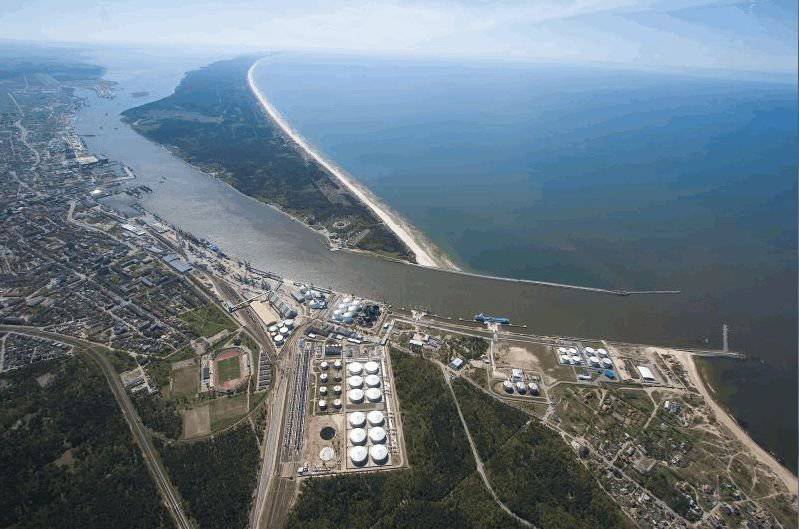 Ctrl Enter
Noticed oshЫbku Highlight text and press. Ctrl + Enter
We are
Myths of the Great Patriotic. Did Stalin have prostration in the first days of the war?Molotov-Ribbentrop Pact - the policy of pragmatism
Military Reviewin Yandex News
Military Reviewin Google News
16 comments
Information
Dear reader, to leave comments on the publication, you must sign in.