Association with the EU and the problem of buckwheat 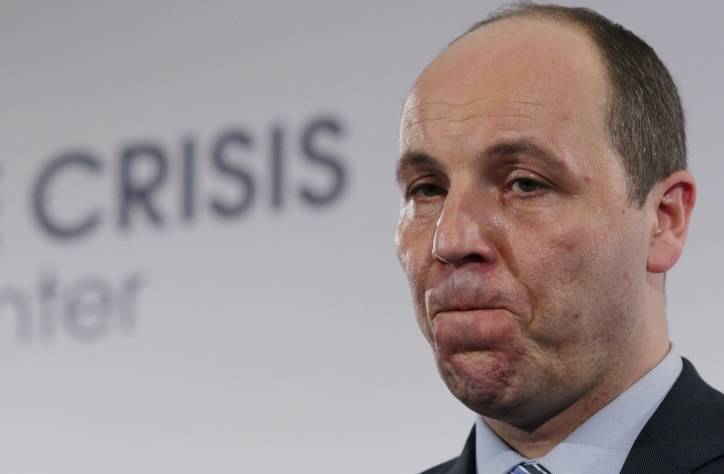 During the rest in the Crimea in the upcoming holiday season shines from three to five years. If the crime is committed by an organized group of three people, then you can get seven. With confiscation. The police will be entitled to preemptively detain everyone. In general, all, without a trial and absolutely no one needed the sanction of the prosecutor. Up to thirty days. This is so far the bills drafted by the representatives of the ruling (formally) Ukrainian party Batkivshchyna. And after all, no one doubts that these, as well as many other "laws", including on the restoration of nuclear status, can be adopted at any time.

Crimea parliament will declare a zone of occupation. Therefore, residents of the "mainland" automatically become criminals if they want to go to the peninsula. Only by special passes and special permits. Of course, it will be possible to solve everything on the spot. I am more than sure that, since in Kiev, a complete mess, however, the fact remains. What is happening in the country today is reminiscent of the well-known “allegory” on the subject of a monkey with a grenade: it is both funny and really scary. There is no central authority as such. There are several arguments for this statement.

Firstly, everyone sits exactly at the fifth point and waits for the EU, USA and Russia to define in general terms a model for the division of spheres of influence in Ukraine. While the big uncles agree among themselves, temporary “power” imitates violent activity. And the combat readiness increases to such an extent that they start to burn in Krivoy Rog Tanks with full ammunition. Moreover, the military unit is actually in the city, but no one is evacuating anyone. “Happy” residents take pictures of what is happening on cell phones directly from the balconies of their houses and upload the video to “U-tube”.

Secondly, there comes a full default. Let's not depict as a BYuT, an ostrich, with a sweep of thrusting its head into the concrete. After all, they have no brains, so this procedure does not threaten Yulka. Stupidly nothing to shake. Without exception, all international organizations that February 27 expressed crazy, downright passionate desire to give Ukraine billions, if only everything was good, sharply turned on the rear gear.

According to my calculations, the IMF, the European Bank for Reconstruction and Development, the World Bank, the Relief Fund for the Insane, the European Union, the governments of Sweden, Germany, the USA and England should have allocated Ukraine with at least twenty billion euros. On the development of democracy and "freedom of speech", structural reforms (the creation of the ministries of truth and universal love). Kubiv (NBU), Turchinov (performs everything) and even Parubiy (National Security and Defense Council) are looking forward to. However, nothing goes. Only Gazprom regularly announces the size of its current debt for gas, which has already reached $ 1,8 billion.

Plus, Dmitry Medvedev reported to Vladimir Vladimirovich that the Kharkiv agreements are subject to denunciation, and as a result, the “lost profits” amounted to $ 11 billion. It has come true, which means Andrei Paruby’s dream. Not for nothing, he threw smoke bombs on the Verkhovna Rada demanding the denunciation of criminal Kharkov “favors”. So we all lived to denounce. Only for some reason she does not please anyone in the Security Council. Moreover, the Russians want to pay damages in court from the budget of Ukraine. Plus, a $ 100 gas discount for every thousand cubic meters is not valid from April 1. No one today undertakes to predict what the price of gas will be in a week. Only Energy Minister Yuri Prodan pleased. Speaking in Brussels at some energy get-together, he passionately convinced Europeans that the price of gas for Ukraine was "politically motivated." Moreover, he had in mind the gas agreements of Yulia Tymoshenko, for which she first sat down, then came to power and appointed the same Prodan as the head of the Ministry of Commerce.

As a result, Ukraine’s debt to the Russian Federation has already exceeded sixteen billion. And it is literally out of the blue. But all the help of the West is not. Yes, Arseniy Yatsenyuk signed today some kind of completely idiotic "political association agreement with the EU." Is he going to feed us with politics? Where to put this association and what to do with it in the future? Be proud of? Even to Yanukovych, the EU offered to sign a full association agreement. Apparently, the current temporary power is quoted in the eyes of European politicians lower than Yanukovych.

Thirdly, all active steps of the temporary power are inherently virtual. In addition to repressive. Now, if someone needs to be imprisoned for separatism, then you are always welcome. And to solve the issue of the withdrawal of Ukrainian troops from the Crimea-they can not. All continue to pretend that nothing special is happening in the Crimea, regular military units are on full alert and concentrated in the directions of the main attacks, they donated new boots for the military with funds raised from the esemesos and literally in a few hours the aggressor was thrown out of the peninsula. It is not even schizophrenia. This is a much more serious illness.

I repeat, only complete economic activity is real ... pa. I hesitate to ask, it only annoys me that the head of the NBU proudly states: the official exchange rate of the dollar against the hryvnia exceeded 10 UAH for the first time. for 1 bucks? It is only I noticing that the price of gasoline at gas stations is growing at a frantic pace, moreover, every day? Is this one I care about the prices of basic food products?

Do you remember how much shout went up in the media when buckwheat disappeared? So, it is not there, at least in Kiev, and nobody even blinked at all. All bitch, analyze geopolitical decomposed. Learn, bl-t, the position of Washington and Brussels. Carefully monitor the movement of an aircraft carrier named either Bush, or Washington. So: he has already sailed away from the Mediterranean! Everything, it will not go through the Bosphorus, having cut everything off, because it does not pass under the bridge. And I perfectly understand the actions of amers. Tymoshenko arrived in Ukraine, the damage from which cannot even be compared with the actions of some fucking aircraft carrier.

Even nostalgia arose from Azarov’s grandfather, who, with a fright, bought hundreds of thousands of tons of Chinese buckwheat and regularly reported that cabbage had fallen in price. And they say to me: are you talking about food today, the country's future is at stake! The war is coming! Just no words.