Gunners of the Western Military District went to landfills 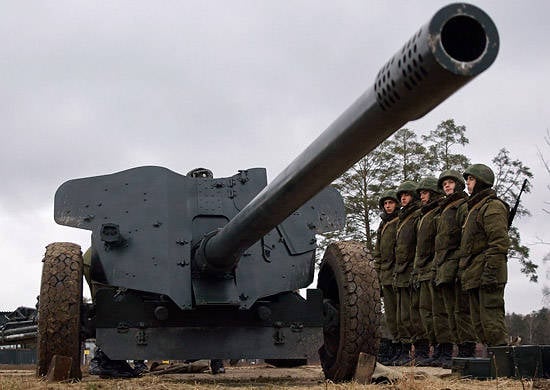 More than 4, thousands of military personnel of artillery formations and military units of the Western Military District (ZVO) participate in artillery camps.

During the gathering, the artillerymen will have to make marches to unfamiliar polygons, deploy field camps, and then work out a wide range of questions on the development and use of the latest models of rocket-artillery weapons in modern all-arms combat.

The peculiarity of the camp fees artillery ZVO in the current year was a significant increase in ammunition allocated for combat training units.

In the course of combat shooting, each artillery unit and unit will consume more than 2 thousand of ammunition of various types and calibers. This will allow to work out the issues of fire control and improve the accuracy of hitting targets.

The camps of artillery formations and military units of the Western Military District will continue until the end of the month. Combat training activities are planned and are aimed at improving the combat coherence of the units.