I was there and will be a Russian occupier! 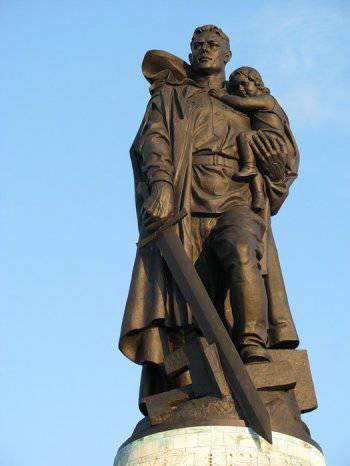 Hello. I am a Russian occupier. It happened historically.


I occupied Siberia. Now they produce oil, gas, aluminum, and a whole bunch of useful things. Now there are cities in which there are high-rise buildings. Now there can not sell women for a bundle of sable skins, as it was before the Russian.

I occupied the Baltics. He built factories and power plants there. Instead of their funny farms. Baltic did high-class radio engineering and cars. I was asked to leave there. Now sprats are mined there, and a large part of the working-age population cleans the eurounitases.

I occupied Ukraine. And there I also built factories and power plants. Ukraine made aircraft engines, ships, Tanks and cars. I was asked to leave from there. Now they produce maidans in commercial quantities. And more there they do not produce a fucker.

You know what? I got tired of apologizing for being an occupant. Yes, I am an occupier. By birth. The device Kalashnikov assault rifle, I know better than the device nipples for milk. I am an aggressor and bloodthirsty freak. Be afraid.

That I burned Moscow, so as not to give it to Napoleon Bonaparte, but how did Bonaparte end? I was sitting in a trench near Volokolamsk, realizing that the Germans would not be able to keep it, where are the Germans today, where is their fucking Hitler? Everyone came to my house. Turks, British, Poles, Germans, French. There was enough land for everyone - 2,5 meters for each.

I was, is and will be the Russian occupier.

Ctrl Enter
Noticed oshЫbku Highlight text and press. Ctrl + Enter
We are
Independent Baltic. 1920-1940 Addition to "Were there colonies in Russia?"What you didn't want to know about England
Military Reviewin Yandex News
Military Reviewin Google News
364 comments
Information
Dear reader, to leave comments on the publication, you must sign in.