In Belarus, very intensely perceived the reunification of the Crimea with Russia 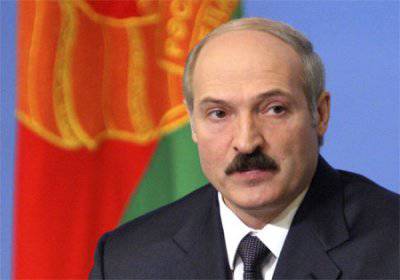 From now on, 18 March 2014 - the day of the signing of the agreement on the accession of Crimea to Russia - for the future stories Russia will have lasting historical significance. Without any exaggeration, it can be said that Russia has regained the status of the world superpower, Great Russia, won in world centennial battles.


In his speech, Russian leader Vladimir Putin clearly stated that Russia is no longer going to retreat. That withdrawal from the conquered by blood, tears, pain and then positions on the results of the Great Patriotic War, which occurred since the collapse of the USSR last twenty-odd years, is over. And then - not a step back, but only forward. And the main driving force and power of this movement is the Russians, the Russian people. In his speech, Vladimir Putin used this word in various variations of 23 times. There was no such thing in his speeches. Without exaggeration, this is a new quality of Russian geopolitics.

Indeed, before our eyes is bloodless, not so, by the way, as in Kosovo, a great historical event happened - the beginning of the reunification of the divided Russian people. Russia and the whole Russian world celebrate this holiday with good reason. These days in Russia there is an amazing atmosphere of recovery and benevolence. Against this background, the threat of some kind of sanctions looks like a petty and malicious reaction from political enemies and losers.

But how do the allies of Russia in the Common Economic Space, in particular, Belarus, perceive the great historical and geopolitical changes that are taking place? Unfortunately, as the analysis of both state and non-state press shows, neither the opposition nor the official authorities share the joy of Russia and the Russian people. Not to be unfounded, we are simply forced to back up each statement with examples so that we are not accused of a biased approach.

Let's start with the private press. Names News speak for themselves: “Media: the West has flirted with Russia for too long”, “The annexation of Crimea has been celebrated on Red Square”, “Sanctions are not enough to calm down the Kremlin”, “Nobody is able to prevent Russia from continuing aggression”, “This is complete and unconditional victory of rashism ”, etc. Instead of the position of Russian officials or objectively-minded domestic or foreign experts, statements of outright enemies of Russia and Russophobia are being broadcast: “Tymoshenko called Putin’s speech a model of fascist propaganda,” “Boris Nemtsov: Putin’s sober-up nuclear warheads near Kharkov,” “Hillary Clinton: Russian aggression may spread to other countries "...
The main refrain of publications can be reduced to the following several theses: “The annexation, in Russian terminology -“ reunification ”, of the Crimea - it is about the totality of actions of Russia of the last month, which ended on March 18 with the signing of documents on the entry of new subjects of the federation into Russia that the Kremlin announced the formation in the post-Soviet space of what might be called the “new Russian order” (http://www.belaruspartisan.org/politic/261416/).

“Frames from polling stations in the Crimea - a painful spectacle. 23, these people lived in Ukraine and hated the country in which they live. As it turned out, the Ukrainians for them are not close people, but Bandera, whom they simply endured. They smiled, fraternized, ate together, drank, good toasts spoke and… hated ”(http://www.belaruspartisan.org/opinions/261435/).

“What we have seen is pure fascism, all the more dangerous because it came disguised as phrases about the friendship of peoples. Contempt for another nation, challenges to the whole world, a painful belief in one’s own infallibility combined with outright lies - this is fascist propaganda ”(http://charter97.org/ru/news/2014/3/19/91066/).

Those. in the Belarusian society, certain radical forces, with the help of non-state mass media, swell extremely radical, hostile views and statements regarding Russia and Russians. The Belarusian state, oddly enough, does not respond. Although in the countries of developed democracy for many of those statements that are posted on the pages of non-state media, they would have long been closed for inciting ethnic hatred. Why those government bodies of the republic, which are responsible for establishing order in this area, do not note such facts of frank and zoological Russophobia, while it is important, also to the address of Russian citizens of their own country - a big question.

Opposition politicians and parties echo non-governmental media. So, the honorary chairman of the United Civil Party (UCP) Stanislav Bogdankevich said the following: “Russia today has trampled and violated all possible international treaties and agreements: the friendship treaty with Ukraine, the inviolability of borders, signed in Kharkov, the Budapest Agreement. Russia actually occupied the Crimea, because suddenly no 50 of thousands of “self-defense” members could appear on the peninsula from anywhere - a militarized structure armed with Russian weapons and on Russian armored personnel carriers ”(http://ucpb.org/news/politics/bogdankevich-ne-dumayu-chto-zakhvat-kryma-stoil-poter-kotorye-uzhe-ponesla-rossiya).

The BPF Party "expresses deep indignation at the adventure that the Russian leadership is carrying out in Ukraine." This is stated in the special statement of the organization’s soyma in Minsk adopted by 15 in March on the need to protect the national interests of Belarus in the conditions of Russia's aggression in Ukraine: “We consider the actual occupation of the territory of the Ukrainian state by Russian troops as an act of aggression, which revanchist forces do his European choice, seeking to destabilize the state and seize part of its territory, ”the document says.

And what about the official authorities and the state press? Unfortunately, here we also see not joy for the fraternal Russian people, but wariness bordering on evil irony and panic. Thus, in the Russian media, the version of the official Minsk’s reaction to the signing in the Kremlin of an agreement between Russia and the Crimea was outlined as follows:

“At the initiative of the Belarusian side a telephone conversation took place between the President of Russia V.V. Putin with the President of Belarus AG Lukashenko. The heads of state continued to exchange views on the development of an acute crisis situation in Ukraine.

The importance and historical significance of the reunification of the peninsula with the Russian Federation, which was held today in full accordance with the almost unanimous will of the population of the Crimea, was noted. ” But it is seriously different from the version that the official news agency BelTA outlined to the citizens of the republic: “On March 18, a telephone conversation took place between the President of Belarus and the President of Russia, BelTA learned from the press service of the Belarusian head of state. Alexander Lukashenko and Vladimir Putin discussed a number of topical issues, including exchanged views on Ukraine and the situation related to the referendum in the Crimea. The heads of state also discussed certain issues on the agenda of the Higher Eurasian Economic Council in Minsk at the end of April ”(http://www.belta.by/ru/all_news/president/Sostojalsja-telefonnyj-razgovor-Aleksandra-Lukashenko-i-Vladimira- Putina_i_663218.html).

Those. “There is not a word in the informational message about the importance and historical significance of the event, not that recognition by the official Minsk Crimea of ​​the Russian territory.

The general passage of the state press also demonstrates the following excerpt from the journalist’s article by the BelTA official newspaper: “No matter how sad it was to admit it, it’s enough to listen to conversations in Moscow public transport and read social networks to make a disappointing conclusion. Even the Russians, who consider themselves intellectuals, refuse to analyze anything in the phrase “Russian Crimea” and fall into children's ecstasy, recalling Koktebel, the glory of Sevastopol, Chekhov’s house in Yalta and the Bakhchisarai Fountain, sung by Pushkin. And it's not about massive television propaganda, although its influence cannot be denied. Mass consciousness demonstrates some inexplicable mixture of the recurrence of imperial thinking with the complex of the disadvantaged winner ”(http://www.belta.by/ru/person/comments/Eduard-Pivovar_i_514601.html).

Also, apparently, not by chance, it was in the days of the Crimean confrontation "one of the state TV channels of the republic began a series of programs under the following title:" 1863. Under the blow of the empire.

Noted in the main mouthpiece of the Belarusian state propaganda to the newspaper "Sovetskaya Belorussia" (publication of the presidential administration of the Republic of Belarus) and the speech of Vladimir Putin. Moreover, quite peculiar. The article “The Crimean clock began the countdown of the new time”, placed in the “Editorial” column: “Vladimir Putin expressed everything that was sore, all the complexes accumulated in recent years that had wounded the soul of the Russian person. And that "the decision of Khrushchev to transfer the Crimea to the Ukrainian SSR was made in violation of the then constitutional norms." And that “the Russian people became the largest divided people in the world then, and Russia then (after the collapse of the USSR) hung its head and put up with it”. The patience ended when, says Putin, “in the case of Ukraine, our Western partners crossed the line, behaved irresponsibly and irrationally” ... No one will argue that Vladimir Putin’s speech reflects the dominant sentiment in Russian society. And, probably, without open talk about these historical grievances, Russian society is really difficult to move forward. In the presence of similar historical grievances and complexes, Americans usually go to a psychoanalyst (I recall their cult phrase “do you want to talk about this?”), And the Russians take the soul away from politics. And in this case, Putin has publicly expressed everything that had previously spilled out on the Internet in forums ”(http://www.sb.by/post/160917).

As we see, there are no words of pride and joy of the journalist “SB” for Russia, for the brotherly Russian people, the words that this holiday is celebrated in the republic together with the Russians, that this is a day to restore historical justice, etc. Instead, we are talking about the fact that Vladimir Putin, along with the entire Russian people, is ill with certain complexes, historical insults. That in the presence of such problems usually go to the psychoanalyst. Firstly, this is very far from truly sincere fraternal joy and support, and secondly, it lies almost in the same plane as the openly Russophobic nonsense and anti-Russian position of the republic’s non-state media. In essence, we are dealing here with a completely the same situation that was with regard to Russia in Ukraine, under Kravchuk, under Kuchma, under Yushchenko, under Yanukovich: the authorities officially take a neutral position, while indirectly contributing to manifestations in the media Russophobia and outright anti-Russian sentiment. What this policy has led the leadership of Ukraine, we can see firsthand - the collapse of the country has begun. I would not want the Belarusian history to follow the path of decays and splits.

And one should not think that such a vague position of the “closest ally”, demonstrated, by the way, for the second time during serious tests for Russia, did not go unnoticed by the Russian leadership. In the speech of Vladimir Putin in the Kremlin 18 of March, there was clearly a hearing that there was no mention of the republic among those who supported Russia in a difficult moment: “At the same time, we gratefully treat everyone who approached our steps in Crimea with gratitude, were grateful to the people of China, the leadership which considered and considers the situation around Ukraine and the Crimea in all its historical and political completeness, highly appreciate the restraint and objectivity of India. ”

Author:
Department of Belarus and the Baltic Institute of the CIS countries
Originator:
http://www.materik.ru/rubric/detail.php?ID=17680

Ctrl Enter
Noticed oshЫbku Highlight text and press. Ctrl + Enter
We are
A great interview with Sergey Lavrov: about Ukraine, Obama and IranWhat you didn't want to know about England
Military Reviewin Yandex News
Military Reviewin Google News
270 comments
Information
Dear reader, to leave comments on the publication, you must sign in.