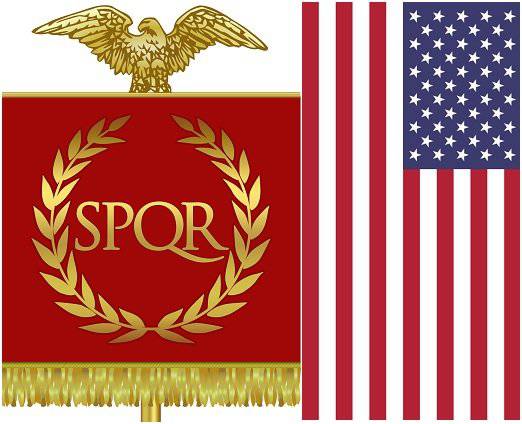 To solve this question, it is necessary to determine the status of that circle of persons who participated in the development of foreign policy decisions, find out their intellectual level and cultural orientation, and consequently, the degree of competence in this field of activity. However, one should not, however, extend modern ideas about qualifications and competence to a society with a different mentality than now. It is also important to take into account the distinction between ancient and modern understanding of foreign policy. Thus, provincial uprisings within Pax Romana (Roman world), similar to Pannonian and Dalmatian in 6 AD. or Hebrew in 66-71. AD, were considered by the Romans as external wars. Today such a view would seem absurd. 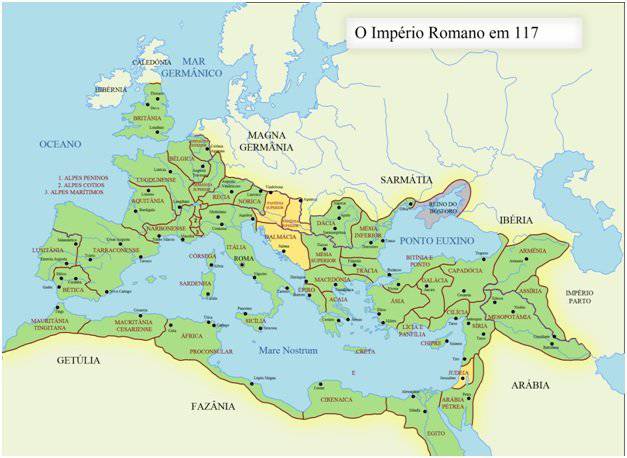 The Roman Empire during its greatest expansion into the reign of Trajan in 117 AD.

With the establishment of a principality, his place was gradually usurped by the emperor, who relied on the council (Consilium principis), which included mainly the so-called “friends” (amici) and “satellites” (comites) and genetically associated with those informal councils of friends and relatives that were formed with the aristocratic governors of the provinces and the commanders of the armies of the republican period. According to their social status, these were, as a rule, representatives of the rich and educated senatorial and equites of the empire. However, the Roman aristocracy received education mainly in the field of literature, philosophy and rhetoric, and very much appreciated these activities as an important part of their cultural and class identity. But its representatives were not experts in the field of economics, political science or military theory, or even, most often, people who had any practical experience in a particular area.

A detailed description by the Roman historian Herodian of the meeting of the emperor Commodus with his “friends” regarding the continuation or cessation of hostilities on the Danube border in 180 AD There are no arguments about the strategic advantages of a particular border line, economic benefits, financial costs or human losses. The argument of "friends" in favor of continuing the war lies exclusively in the sphere of psychology and boils down mainly to the fact that the opposite decision would be inglorious, and insufficient aggressiveness would undermine the security of the empire, since it would give the barbarians confidence. And such considerations were very typical for the Romans when discussing issues of war and peace. 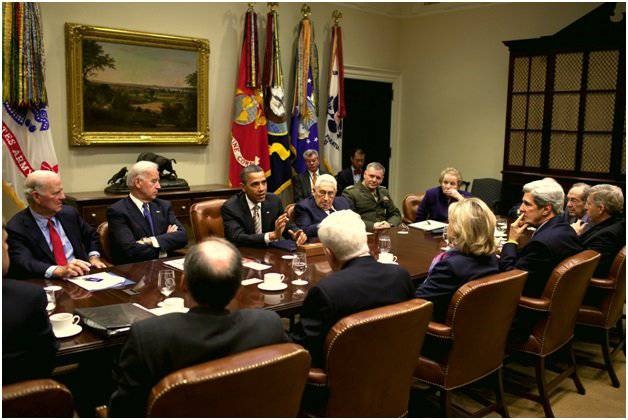 The basis of the behavior of the Romans was the concern for the status or "honor" of the empire, mainly the way the empire (and to some extent the emperor himself) is perceived by his subjects and foreigners. Symbolic manifestations of respect and submission on the part of enemies were the goal of politics; arrogance or insult on their part were immediate and legitimate reasons for war. Intimidation and revenge were tools to maintain the image of the empire. However, there is no reason to deny that human or financial resources imposed certain “real” restrictions on Roman politics. The Roman strategy was thus, at least in part, determined by moral and psychological motives.

2. Image of the world

In general, the geographical and ethnographic representations of the Roman elite always remained predominantly literary in character. Traditional views of the world and the peoples inhabiting it, going back to Homer and Herodotus, continued to enjoy authority even when new information became available.

However, the accuracy and practical significance of this information was almost always limited to the form in which it was submitted. Its source was mainly victorious reports and “memoirs” of generals of the type of the famous “Notes on the Gallic War” by Julius Caesar, who performed ideological and propaganda functions to a greater degree than stated reliable facts. 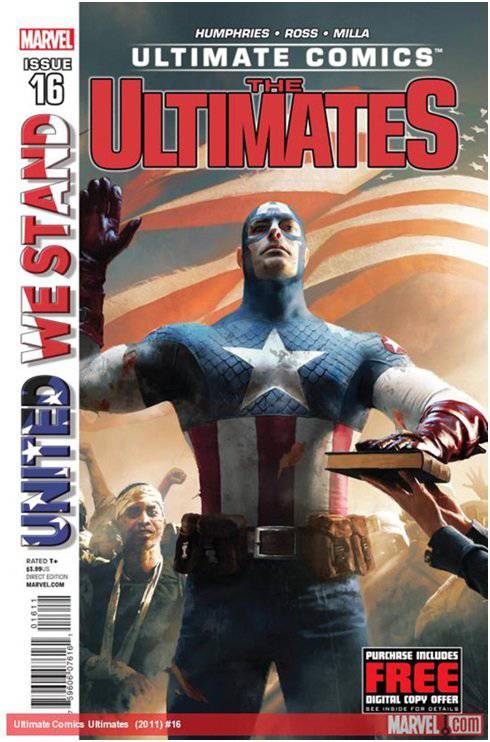 In the era of principality, the empire ensured its security with the help of relatively small, professional, well-armed forces of more or less unchanged number (about 300-400 thousand soldiers), and this was one of the determining factors of the Roman strategy.

Due to the limited size of the army, the lack of trained reserves, the slow speed of its movement during the existing vehicles and the grandiose spaces of the empire, the reaction to a major military crisis (whether a massive invasion or rebellion) was always late, and the concentration of troops in one region led to a weakening the safety of others. Under such conditions, efforts aimed at expanding the empire, as well as perseverance in retaining newly conquered territories (often of dubious economic or strategic value), look more or less irrational, if we ignore the fact that Roman politics basically operated on a psychological level (revolving around image or “national honor”), and not on strict military or economic calculation.

The true foundations of the Roman strategy should be sought in the field of psychology and best illustrated by the speaker’s thesis of the fourth century. AD The Theism, according to which the Scythians (ie, ready) and the Romans are divided not by the river, not by the swamps, not by the fortifications, since all this can be overcome or destroyed, but the fear that does not allow it. The defense of the empire, therefore, was based on the "faith" of the enemy in the inevitability of retribution. And if the Romans could not prevent it from breaking through on a particular section of the border, then the only way to respond to the situation was to retaliate into the enemy’s territory after the concentration of the necessary forces was complete.

All such expeditions were intended to avenge, punish, intimidate the enemy, i.e. return it to the state of consciousness (the state of fear of Rome), which ensured the protection of borders. This "strategy of intimidation" was the traditional model of behavior of the Romans in the international arena during all periods of their stories. 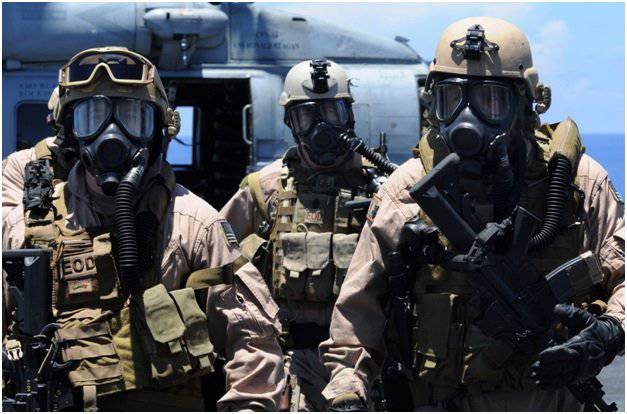 According to some calculations, the cost of maintaining the army constituted the overwhelming part (from 2 / 3 to 3 / 4) of the state budget. And if the size of this army was relatively small, then it seemed to be the maximum forces that the empire was able to contain.

The wars were very expensive. According to sources, they devastated the treasury and put a heavy burden on the provinces, especially on those adjacent to the theater of operations, where the bulk of the troops were concentrated. However, mining, especially in the form of precious metals and slaves, was the most obvious compensation for military costs. Sometimes its volume was so large that it had a significant impact on the economy. But in addition to the undoubted economic benefits of military production contained a huge prestigious value, symbolizing the humiliation of the enemy.

In addition to mining, there were other potential benefits of war. The accession of new provinces increased (sometimes very significantly) the income of the Roman state as a result of an increase in the number of taxpayers and the acquisition of new sources of mineral resources. And this circumstance, possibly, was one of the important factors that determined the adoption of foreign policy decisions. However, the truly lucrative wars of Rome are in the past, in the era of the great conquests of the republic. The only truly profitable military event of the imperial period was the conquest by the Emperor Traian of Dacia. Most wars of the era of the empire were waged against poor nations, and they, in fact, were unprofitable for Rome. It is precisely the low profitability of the wars of the principality period and the “uselessness” of the territories that remained outside of the empire, which partly explains the much lower rate of conquest in the period under consideration compared to the previous one.

In general, despite the fact that economic considerations undoubtedly played a certain role in the military decisions of the Romans, a purely economic model of their adoption is not confirmed in the sources. A vivid example here is Britain, which throughout its existence as a Roman province was, rather, a kind of “black hole” for the financial resources of the empire, than a source of income. But the Romans held her with fierce stubbornness, demonstrating the well-known truth from ancient sources that once won can not be lost without prejudice to honor and glory. In the same way, to conquer Dacia, Trayan needed almost half of the entire Roman army and huge financial resources. True, the colossal military efforts of Rome were rewarded by rich mining and the acquisition of gold mines. However, it must be borne in mind that the Dacian wars, despite their tremendous value (both in terms of material and human resources), would have occurred even in the absence of any hope of profit. For Traian and his advisers, other considerations were more important.

The Dacian king humiliated Rome, defeating the Roman army and forcing the world to bring shameful to the empire, and this could not be left without revenge. Both the Dacian wars of Trajan were thus wars of retribution and punishment. And precisely for this reason, the emperor was ready to use military and financial resources on a gigantic scale, without a guarantee of compensation. Consequently, the image problem arises here as incomparably more important than a simple economic calculation. 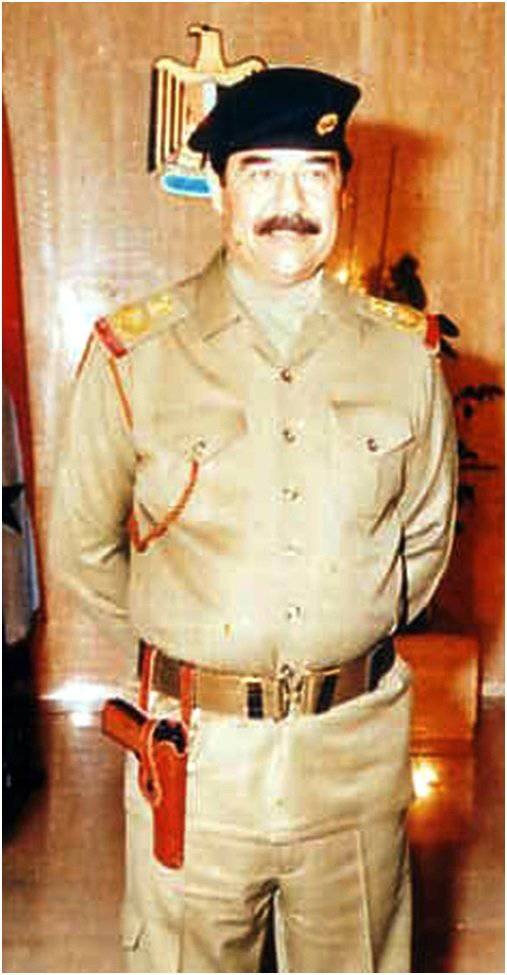 Of course, the superiority of Rome over the barbarians was ultimately ensured by the superiority of its military strength. However, the most significant element in this relationship system was the state of minds in the camp of the enemy: the security of the empire depended on the ability of Rome to inspire reverence and horror. Rome always had to prove its power superiority through victorious wars and conquests. No military defeat could remain unforgiven, and a breach of contract or rebellion unpunished. Retribution should always be as aggressive as possible, accompanied by invasion, repression, and even genocide. Conquests committed in order of deterrence and revenge, were considered "fair" and "necessary." Manifestations of weakness (such as insufficient revenge for an attack or insufficient cruelty during the suppression of an uprising) could be considered by the enemy as a signal to launch against Rome. As a state, the Romans, therefore, behaved in the international arena like Homer's heroes, mafia gangsters or members of any other community in which status and security depend on the ability to use violence and any other pattern of behavior in those conditions was not possible.

Since antiquity, attempts have been made to explain the phenomenon of the Roman Empire. Even in the II. BC. The Greek historian Polybius believed that the movement of the Romans to world domination was a product of conscious politics. Historians of the New Age completely rejected this idea. In order to explain the Roman expansion, the theory of "defensive imperialism" was advanced, according to which the Romans made conquests in order to ensure their security and prosperity and, as a rule, in response to the provocative actions of other nations. In recent years, this theory has gone out of fashion, but the study shows that it made a valuable contribution to understanding the nature of Roman imperialism in the sense that the Romans themselves would hardly disagree with it.

But then the explanation of the final result - the creation of the greatest empire - should be sought in something else, for example, in the value system of Roman society, including maiestas (greatness), honos (honor), fama (glory), census (wealth), dignitas ( dignity), formed the basis of the Roman foreign policy. It would be a mistake to describe the actions of the Romans as “aggressive” or “defensive”. More precisely, such concepts as insult and revenge, terror and respect convey them, and the “great strategy” of Rome itself appears as a complex of political ideas, ideas and values. 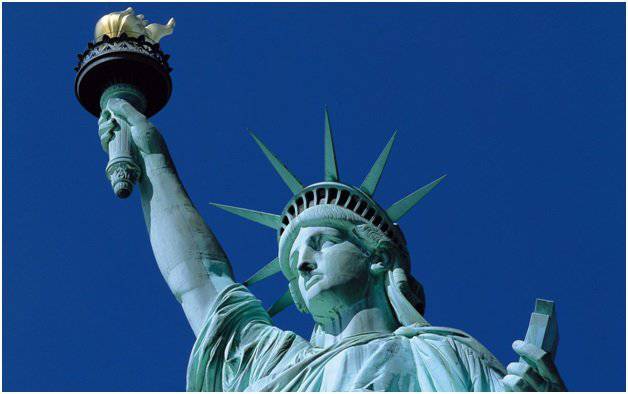 Ctrl Enter
Noticed oshЫbku Highlight text and press. Ctrl + Enter
We are
Pax Britannica: as England maintained its empire in the XXI centuryOn the other side of the “red” and “white”. Izborsk Club Report
Military Reviewin Yandex News
Military Reviewin Google News
28 comments
Information
Dear reader, to leave comments on the publication, you must sign in.