Yana Amelina: The issue of further fragmentation of Georgia will be of particular relevance 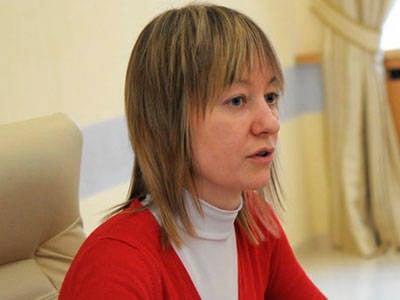 The Ukrainian events of recent months, and then the Crimean referendum on the return of the peninsula to Russia, became the watershed between the strategic allies and the frantic enemies of the Russian state. The position of each side is easy to understand from the comments of public and political figures, as well as ordinary Internet users.


Ossetians on both sides of the Main Caucasian Ridge predictably took an unequivocally pro-Russian stance, in word and deed — statements, rallies, and sending humanitarian aid — supporting the legitimate actions of the leadership and the public of Crimea who do not want to put up with the usurpation of Kiev’s fascist and pro-Western elements. Once again, South Ossetia proved to be a faithful ally of its strategic partner, Russia, and North Ossetia, an outpost of the Russian Federation in the Caucasus. From a similar position, albeit with some nuances, they evaluated what was happening in Abkhazia.

Georgia, whose strategic objective remains the "restoration of territorial integrity", i.e. the forceful return of independent Abkhazia and South Ossetia to their membership responded to the Ukrainian events diametrically opposed to the leadership and public of South Ossetia and Abkhazia. From the very beginning of the crisis in Ukraine, the Georgian leadership supported the “Maidan”, and then the new illegitimate authorities.

The most harsh statements about the Ukrainian situation were made by the former president of Georgia, Mikhail Saakashvili (who, like several of his associates, was even offered the posts of advisers to the new "authorities"). After the Crimean referendum, however, they all subsided a bit, although the official Tbilisi did not recognize its results. It is significant, however, that even in the marginal-pro-Russian segment of the socio-political field of Georgia there was no unequivocal support for the actions of Moscow and the aspirations of the South-Eastern Ukraine and Crimea.

Most of the Georgian media, bloggers and other "public figures" leading anti-Russian propaganda on forums and in social networks actively supported the "Maidan" and the illegal Ukrainian authorities, expressed outrage at the "aggressive policy" of Russia in Ukraine (as before - in Georgia), gloated - they say, soon Moscow, frightened by Western sanctions, will back down. Not wait. All of them are now at a loss, as it is obvious that the reunification of the Crimea with Russia will be followed by reformatting the Transcaucasian policy of the Russian Federation, and soon, probably, the entire political map of the region.

At the November 2013 Summit in Vilnius, Georgia initialed an agreement on associated relations with the EU. As it became known the other day, already in September, it may be provided with an Action Plan on NATO membership (a list of specific conditions in the political, military, economic and legal spheres, after which the country is accepted into the alliance). The final resolution of this issue, writes Kommersant, will depend on the outcome of the crisis in Ukraine, since most of the NATO member states are not ready to accept the return of Crimea to the Russian Federation (this is their problem, but this is not the case now).

Georgia’s entry into NATO is obviously unacceptable for Russia, and therefore the question of the future existence of this state in its current form arises on the agenda. Activation of regional, in particular, Russian-Iranian and Russian-Turkish cooperation in the Transcaucasus, including, among other things, laying a number of new and expanding existing transport corridors connecting the Russian Federation, Turkey, Iran and other states, is becoming an increasingly important factor in influencing the situation in the region. The implementation of these plans is hampered by the unconstructive position of official Tbilisi, which is continuing its course towards Euro-Atlantic integration and "restoring territorial integrity". Georgia is not ready to give its consent to the restoration of the railway communication through Abkhazia, because in this way it de facto recognizes the republic. For the same reasons - due to the absurd inadmissibility of recognition of South Ossetia for Tbilisi - it is also impossible to increase the traffic flow through Transkam. The release of Armenia is also not a priority of official Tbilisi.

Ctrl Enter
Noticed oshЫbku Highlight text and press. Ctrl + Enter
We are
Nikolay Silaev, Andrei Sushentsov: Georgia after the elections and prospects for Russian-Georgian relationsReligious conflict in Abkhazia? It is possible
Military Reviewin Yandex News
Military Reviewin Google News
62 comments
Information
Dear reader, to leave comments on the publication, you must sign in.