Greek precedent. How Athens destroys the anti-Russian theory of the "crimes of communism" 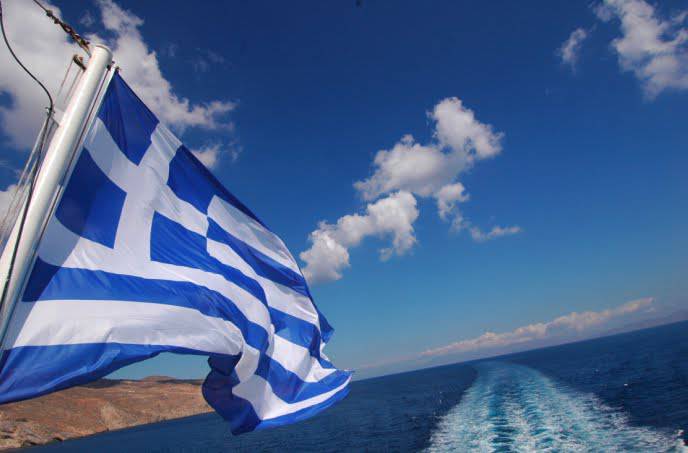 In the long and difficult stories Greece’s relations with the European Union a significant event occurred. In March, 2014, President Karolos Papoulias demanded reparations from Germany for the damage caused to the country during the Second World War. The Greek side demands 108 billion euros for the destruction and 54 billion euros for loans issued by the Bank of Greece to Nazi Germany, which, of course, were not returned. The total amount of reparations is 162 billion euros.

Germany refuses these payments, motivating its position by the fact that as early as the 1960s, the FRG paid Greece 115 million German marks for damages from the occupation.

But in any case, the requirement of reparations is an extraordinary event. This is perhaps the only example of its kind when compensation is demanded almost 69 years after the end of the war.

Of course, this is a continuation of the Greek financial and economic crisis, and the result of a political struggle within the European Union, and a response to the demands for Greece to sell islands to Germany (on account of debt), and the reaction to talks in Brussels about suspension of Greece’s membership in the European Union, and depriving Greece of developed market status in 2013 (the MSCI agency in June 2013 transferred Greece from the category of developed to the category of developing countries, thus giving rise to a precedent of official recognition of the economic degradation of a particular country).

In Greece, they believe that Germany played a key role in these negative events for the country, and put forward demands for reparations.

However, it is worth considering this event in the context of claims of compensation for the “Soviet occupation”, which were imposed on Russia by Latvia and Lithuania. The crux of the matter is that these republics could not achieve significant economic results in 20 years of independence. They still have not reached the level of even 1990 of the year, squandered most of the industrial enterprises created in the Soviet years (Lithuania, moreover, at the request of the EU closed the Ignalina nuclear power plant), and now they are in an economic deadlock, out of which they see receiving compensation for the Russian "occupation".

Latvia, for example, demands compensation in 4,7 times more than was invested in the Latvian SSR. Greece, which is also in an economic dead end and sees a way out of the situation in receiving reparations from Germany, went along a completely similar path. True, the required amount does not cover even half of the Greek debt (for the summer of 2013 of the year - 321 billion euros), however, the country can count on some relief.

Latvia, Lithuania and Greece are members of the EU; they have been following EU economic directives for a long time, resulting in an economic crisis.

And all three countries have resorted to the requirement of reparations for the occupation (in the case of Latvia and Lithuania - fictional, in the case of Greece - real) as the last means to resolve their economic problems. These countries "chose freedom," as they said during the Cold War, and this freedom was bitter for them. Greece joined the EU back in 1981, and, as we can see, 33, of membership in this organization, led it from the “Greek economic miracle” to exclusion from the number of developed markets and the threat of default.

The Greek example is very important for understanding the true causes of all hysteria about comparing communism with Nazism, demanding compensation for “Soviet occupation”, banning Soviet symbols, etc. in Eastern Europe. For a long time it was difficult to understand why in these countries, former members of the socialist community, the Warsaw Pact and the Council for Mutual Economic Assistance (CMEA), the former Soviet republics, this wave of responsibility for the "crimes of communism" rose. Now it is clear that the reason lies in the results of the economic policy of the European Union, where all these countries have entered.

The European Union, with all its directives, quotas, rules, strategies, from which the strongest members — France and Germany — benefited the most, plunged these countries into an economic crisis. But the governments of Eastern European countries, not wanting to admit the truth, quickly found the "extreme" in the person of Russia as the successor of the USSR.

And the worse the economic situation became, the louder the demands for Russia sounded.

Greece is a “country of the free world” with experience. However, when it was “got” the consequences of the EU economic policy, in Greece they began to look for the guilty. And Athens made demands for Germany, remembering the damage from the war.

If at one time in Greece there were communists in power and the country was part of the CMEA, then it could become, within the framework of the Soviet policy of economic development of the allies, a very developed industrial country. In Greece, there are large reserves of brown coal, bauxite, barite, non-ferrous metals, not counting developed agricultural production. The USSR developed many countries and regions, and Soviet politics everywhere succeeded - in Yakutia or in the Mongolian People's Republic (where industry was created from scratch), and in Europe — the GDR, Poland, Hungary, and Czechoslovakia. Could solve economic problems and Greece.

If “communism is bad,” and “liberal democracy is good,” then how can the current position of Greece be explained? That is, the point is not at all in communism, not in historical memory and not in the restoration of justice or in some other similar reasons put forward in the countries of Eastern Europe to substantiate their anti-communist hysteria.

The point is the banal failure of the European integration economic policy and the building of a common European economy, respectively, in the search for those responsible, which Greece has shown.

We add, the Greeks made a very "promising" path. Another number of European countries, tormented by the crisis, can also go this way.

The demands of Germany’s reparations have the right to put forward, say, Cyprus, occupied by the Germans during the war, or Italy, which, after the fall of the Mussolini regime, was also occupied by the Germans, and fighting broke out on its territory. If France does not do well either, then it will have the opportunity to reclaim payments for occupation and destruction from Germany. And Belgium, Holland, Luxembourg, Norway, Denmark? And the UK may demand to pay the consequences of the brutal bombardment. For example, it will be difficult for Spain to substantiate its claims to Germany, but something can be invented, for example, to “hang” on the Germans the damage from the civil war (1936 - 1939). If the development of events follows the “Greek version”, then in a matter of years, only memories can remain from the European Union.

Ctrl Enter
Noticed oshЫbku Highlight text and press. Ctrl + Enter
We are
On the revision of the history of the Second World War and the reanimation of reparation claimsFinancial and political secrets of Oleg Pyagnibok and Vitaly Klitschko
Military Reviewin Yandex News
Military Reviewin Google News
127 comments
Information
Dear reader, to leave comments on the publication, you must sign in.