Started a program to create a promising military transport aircraft

March 21 2014
52
Russian aviation industry began work on a new military transport aircraft. The project has not yet received an exact name and the work is indicated by analogy with other new developments - “Advanced Aviation Complex for Transport Aviation” (PAK TA). Details of the project have not yet been announced. 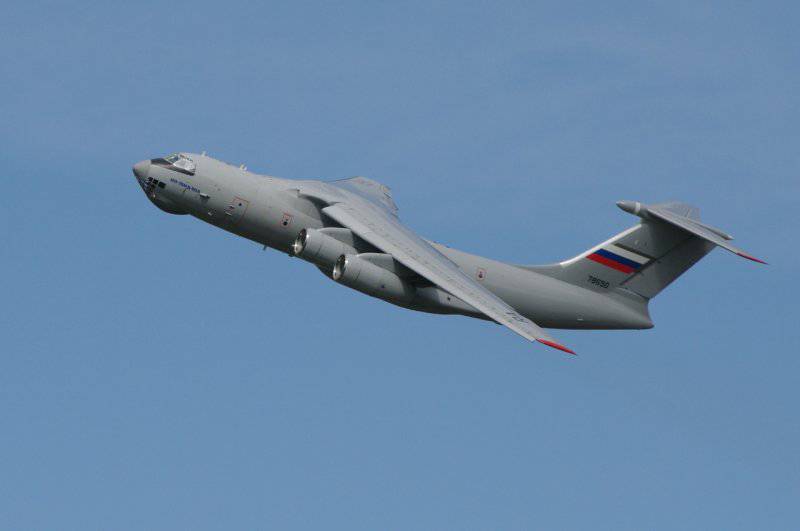 The existence of a new program was reported by the ITAR-TASS news agency with reference to the general director and general designer of the Aviation Complex named after S.V. Ilyushin V.V. Livanova. According to the head of the aircraft building organization, at present, the new project is of a particularly promising character and is being created with a reserve for the distant future. It will take a lot of time to develop a new transport plane - it will appear no earlier than the end of the twenties.

Now the staff of the Aviation Complex. Ilyushin and several related organizations are studying the possible appearance of the aircraft PAK TA. Not so long ago, at the Central Aero-Hydrodynamic Institute (Zhukovsky), the first studies of models of a promising aircraft in a wind tunnel were carried out, showing the features of various proposals. In the near future, TsAGI specialists will continue to study various proposals and determine the appearance of the military transport aircraft of the future. Myasishchev OKB is also engaged in research projects on the new project.

Requirements for a promising transport aircraft have not yet been determined and are unlikely to appear in the near future. Over the next few years, specialists will study the various features of advanced aviation systems and the specifics of their use. In addition, before determining the requirements of aircraft manufacturers intend to consult potential customers. The Russian Ministry of Defense is considered as the main buyer of PAK TA aircraft. Apparently, in the future, the new aircraft can be offered to commercial structures and foreign military.

It should be noted that the specialists of the Aviation Complex named. Ilyushin and related organizations have enough time to carry out all the necessary scientific and design work. Active work on the project PAK TA should begin no earlier than the next decade. The exact timing of the completion of the project, for obvious reasons, has not yet been named.

While the PAK TA project is at its earliest stages, domestic aircraft manufacturers are engaged in other works. Thus, the construction of the Il-76MD-90А military transport aircraft continues. In the autumn of 2014, the United Aircraft Building Corporation received an order for 39 of such machines with a total value of 140 billion rubles. According to V. Livanov, this year the Ulyanovsk Aviation Plant “Aviastar-SP” will transfer one or two new types of aircraft to the customer. Next year, the military will again receive two new aircraft.

As follows from the available information, the Il-76MD-90А military transport aircraft in the coming years will have to replace part of the outdated IL-76 aircraft of previous modifications. In addition, based on it, a tanker aircraft and a radar detection and control aircraft can be created. There is reason to believe that the IL-76MD-90А aircraft in the future will be able to become the main transport vehicle of the domestic air force, and then it will be replaced by the technology developed in the framework of the PAK TA program.

It should be noted that the further improvement of the Il-76 is an ambiguous and controversial way of developing military transport aviation. That is why now we should start work on a new transport aircraft, the characteristics of which will make it possible to use it over the next few decades.

The main requirement for the PAK TA aircraft will apparently be determined in the course of consulting the developers with the main customer, the Russian Ministry of Defense. The loading capacity and the volume of the cargo compartment of the new aircraft should be determined in accordance with the role that will be assigned to the vehicle in the troops, as well as taking into account the characteristics of the equipment and weapons to be transported. Recent trends in the development of domestic land technology suggest that the carrying capacity of a promising transport aircraft and the dimensions of its cargo compartment will be approximately equal to the corresponding characteristics of the latest modifications available on the IL-76 or will slightly exceed them.

Numerous studies and tests may show the correctness of one or another proposal, but it is hardly worth waiting for the PAK TA aircraft to look much different from modern technology of a similar purpose. Apparently, in terms of its aerodynamic appearance, a promising military transport aircraft will resemble the current machines of this class: a high-placed wing with nacelles, a wide cylindrical fuselage with a bulky cargo cabin and a developed tail unit. It is unlikely that PAK TA will be executed, for example, according to the promising, but too bold and ambiguous scheme of the “flying wing”.

The flight characteristics of a prospective transport aircraft will be directly related to the engines used. Creating a project that can interest not only domestic but also foreign customers, will require to take into account the noise and efficiency of the engines used. For obvious reasons, in the coming years it will not be possible to speak with confidence not only about the approximate characteristics, but even about the type of engines planned for use.

The appearance of a new military transport aircraft, not earlier than the second half of the twenties, directly speaks of its purpose. By this time, the existing IL-76 machines of various modifications will have developed their life and will need to be replaced. Thus, the new PAK TA will have to solve a difficult task: to preserve and increase the potential of military transport aviation. When developing requirements for a promising aircraft, this feature should also be taken into account.

Work on the PAK TA program will continue over the next 10-15 years, which is why it is extremely difficult to imagine what exactly the new military transport aircraft will be like. Nevertheless, research on a new topic has already begun and over the next few years should give the first result. So far, the situation allows to make only one plausible forecast: the stated timeline for the project is such that it is in reserve with the SV Aviation Complex. Ilyushin has enough time to carry out all the necessary work.