March 20 2014
23
Last year's statements by the Minister of Defense and high-ranking officials of the military department for supplying Yak-152 training aircraft to the Air Force gain real prospects. Rosoboronpostavka announced the start of an open competition for the implementation of experimental design work “Development of a training complex for the initial flight training of pilots on the basis of a training aircraft for the initial training of the Yak-152” for the needs of the Ministry of Defense of the Russian Federation. OCD assigned the cipher "Birdie-BBC." 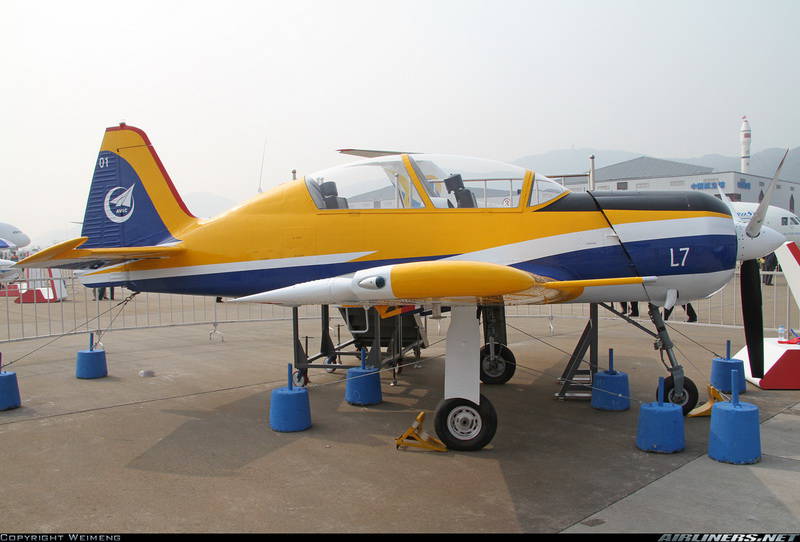 The first prototype of the Chinese training aircraft Hongdu L-7 (CJ-7) - developed by the Yakovlev project by contract 2006 of the year with the Chinese side of the derivation of the Yak-152 aircraft, designated Yak-152К. Zhuhai, 16.11.2010 (c) Weimeng / www.airliners.net

According to the terms of the tender documentation, within the framework of the ROC, the training aircraft itself, ground handling and control facilities for it, means of training and objective control should be developed.

The implementation of OCD is supposed to be divided into six stages:

The UTS created is planned to be used in the Air Force and DOSAAF for training in piloting techniques, including group flights, aerobatics, spinning and pulling out, instrument flights, and the basics of navigation.

TCB should provide operation from airfields 3 class at ambient temperatures from -25 to + 50. TCB on the composition of the equipment should be as close as possible for the subsequent development of the Yak-130.

The main technical characteristics of the aircraft: