March 20 2014
4
The article is posted on the rights of information cooperation. 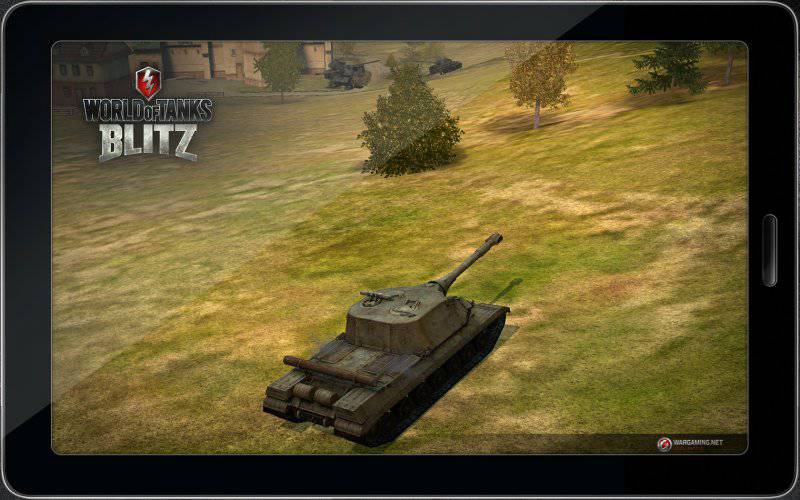 Started accepting applications for participation in testing the game

19 in March 2014 - Wargaming is pleased to announce the start of registration for the closed beta test of the World MMO Tanks Blitz mobile MMO action game. Anyone can leave An application to participate in the PTA by filling out the questionnaire on the official project website.

“World of Tanks Blitz is another step towards creating a universe of free online games covering a range of platforms and devices,” said Wargaming global operations director Andrei Ryabovol. “We look forward to the opportunity to show the game to a wider range of gamers and will continue to work on improving all its aspects, analyzing the feedback from the test participants.”

The CBT version of World of Tanks Blitz is available for most iPad versions. In the future, it is planned to introduce support for smartphones based on iOS and Android. Test participants will be able to test their strengths in dynamic PvP battles in the 7 by 7 format, choosing from more than a hundred legendary cars of the middle of the last century those that are optimally suited to their playing style. Anti-tank self-propelled guns, light, medium and heavy, will be available to users for the launch of the PTA Tanks from the USA, Germany and the USSR.

The game inherited all the best that made the original version of World of Tanks favorite game of millions. Players will enjoy an impressive arsenal of legendary steel cars, divided into several classes: light tanks, medium tanks, heavy tanks and anti-tank self-propelled units. Each class has unique gaming characteristics and is distinguished by its individual style of combat.

Easy and convenient control allows you to fully concentrate on the battle itself, and thoughtful mechanics offer a comfortable pace of the game, allowing you to make weighted tactical decisions.