Combat awards of the Russian Federation. Order of Zhukov

March 21 2014
9
In the spring of 1994, four new state awards appeared in Russia that could be awarded for military merit. Among them was the Order of Zhukov. He stood apart from other awards, as originally conceived as a combat, but in fact was awarded only to veterans of the Great Patriotic War. This order is awarded only to military personnel from among the highest and senior officers. A distinctive feature of the order is that it is worn on the right and not on the left side of the chest, such as, for example, the Order of Merit for the Fatherland, the Order of Courage, or the Order of Military Merit. The Order was established by presidential decree of 9 in May 1994.


The statute of the order was changed in 2010. If at the institution it was considered as a veteran award, now officers can be awarded to them for modern merits. Also, the order may be awarded to individual military units. According to the statute, only top and senior army officers and fleetwho were awarded the title of Hero of the Soviet Union or awarded orders for excellence in command and control of troops during military operations during the Great Patriotic War. The award could be received by the commanders of the fronts, armies, fleets, flotillas, as well as their deputies, chiefs of staff, operational departments and divisions, chiefs of arms of the troops of the fronts and armies, commanders of corps, squadrons, naval bases, divisions, brigades.

At present, the highest and senior officers of the Russian army can be awarded the Order of Zhukov from the division commander (brigade) and higher for merits in the development and successful conduct of large-scale operations during the period of hostilities for the defense of the Fatherland. Naturally, this award was not given to the officers of the modern Russian army, and this is the case when it is for the best. 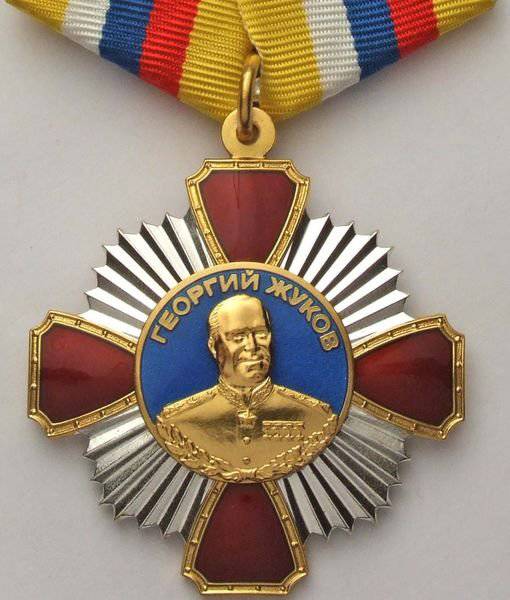 Total Order Zhukov 103 was awarded. Among the veterans of the Great Patriotic War and 100 military units awarded with the Order of 3. All veterans were honored with this award from 1995 to 1998 year. From 1998 to 2011, there were no awards. Rewarding the Order of Zhukov is made on the basis of a presidential decree. Rewarding can be made posthumously.

The first award ceremony was held on 25 on April 1995 of the year. On this day, a group of the first 15 veterans of the Great Patriotic War was awarded. 1995 was awarded to veterans in 75, 1996 in 19, 1997 in 4, and 1998 in 2. Among the awarded units of the Armed Forces of the Russian Federation are: the 10-I separate special-purpose brigade of the Defense Ministry of Russia (awarding 5 of August 2011 of the year) 46-I separate brigade of operational designation of the MIA of Russia (awarding 10 August 2011 of the year); 201-I Gatchina twice Red Banner military base (award 3 October 2012 of the year, the last at the moment awarding the Order of Zhukov).

The author of the sketch of the new award is the national artist of Russia Valery Balabanov. Externally, the award is a quadrangular silver base with oval sides, four shields and relief fines. Shields stand up for the base and are placed on it in the form of an equiduclear cross. The distance between the opposite ends of the cross is 50 mm, between the opposite corners of the base - 45 mm. Shields are made of silver with gold and covered with ruby ​​enamel. In the central part of the award there is a silver medallion with gilding, having a diameter of 24 mm, this medallion is covered with blue enamel. At the top of this medallion around the circumference there is a gilded inscription "George Zhukov". On the medallion itself there is a bold relief image of Marshal Zhukov - silver with gilding. Below it is bounded by oak and laurel branches. 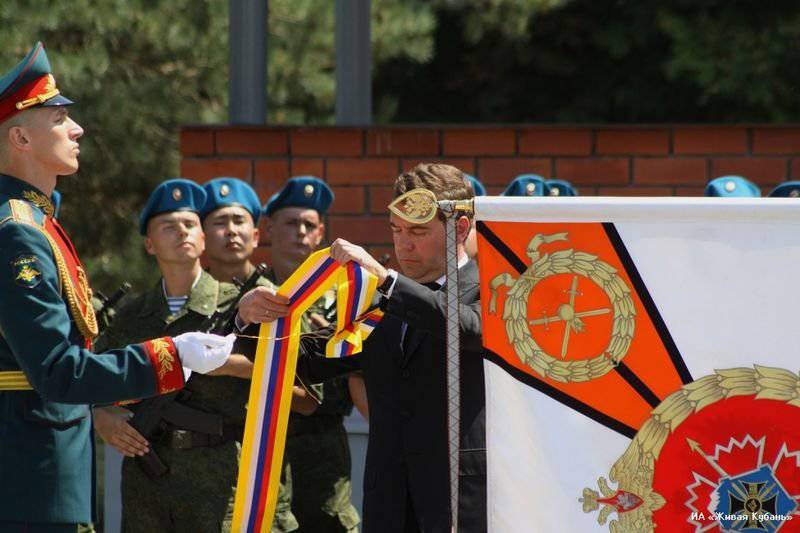 On the back of the order there is a threaded pin with a nut for attaching the award to the clothes. A silk moire ribbon with a width of 24 mm is relied on the order. Along the edges of this tape there are two strips of golden color (the width of each is 6 mm). In the center of the tape are three bands: white, blue and red (width of each 4 mm). When awarding the Order of Zhukov military units badge of the Order and the tape to it are attached to the banner of the unit on its front side. At the same time, the width of the ribbon on the banner is already 100 mm.

Curious detail: the image of Marshal Georgy Zhukov on the badge of the order has an error. The commander is depicted on the award in uniform of April 1945, but with 4 stars of the Hero of the Soviet Union. At the same time, this uniform was canceled in the 1955 year, and the commander received the last fourth star of the Hero on his anniversary in the 1956 year.

Ctrl Enter
Noticed oshЫbku Highlight text and press. Ctrl + Enter
We are
Combat awards of the Russian Federation. Medal of the Order of Merit for the FatherlandCombat awards of the Russian Federation. Order "For Services to the Fatherland"
Military Reviewin Yandex News
Military Reviewin Google News
9 comments
Information
Dear reader, to leave comments on the publication, you must sign in.