Kiev is already visible on the horizon ...

March 20 2014
81
It is finished! 18 March 2014 will enter history as the day of the reunification of the Crimea with Russia. By signing an agreement on the entry of the Republic of Crimea and Sevastopol into the Russian Federation, Vladimir Putin and the leadership of Crimea achieved what many call "historical justice." Rejoicing Crimeans has no boundaries. This holiday does not happen here even on New Year. The results of the referendum exceeded all expectations. 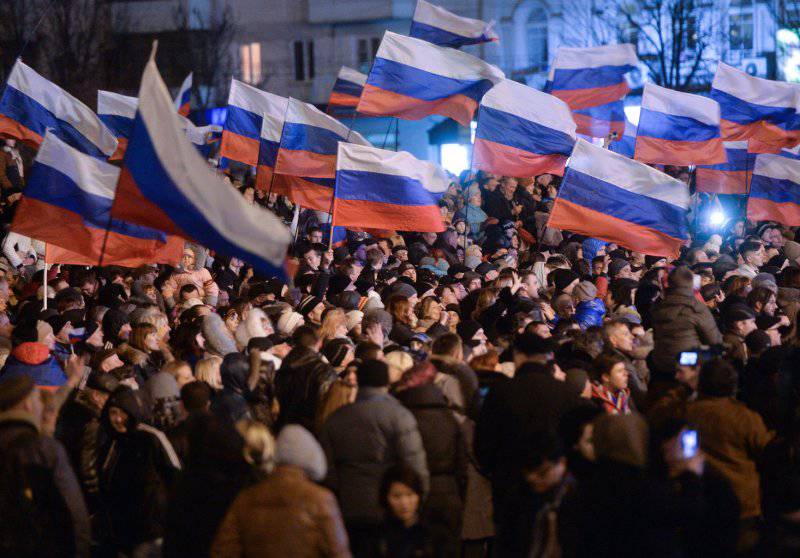 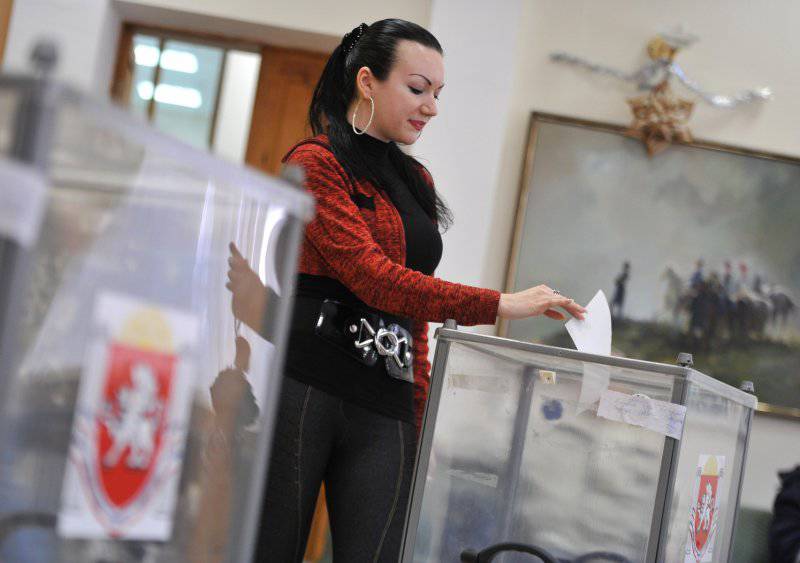 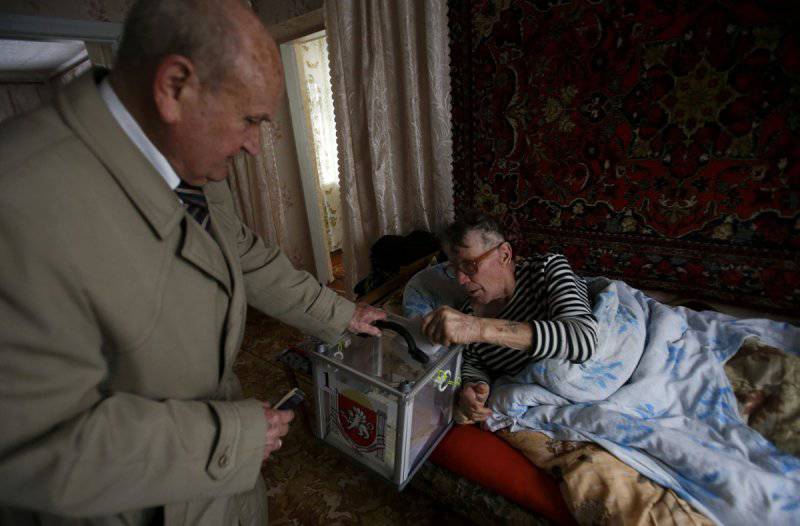 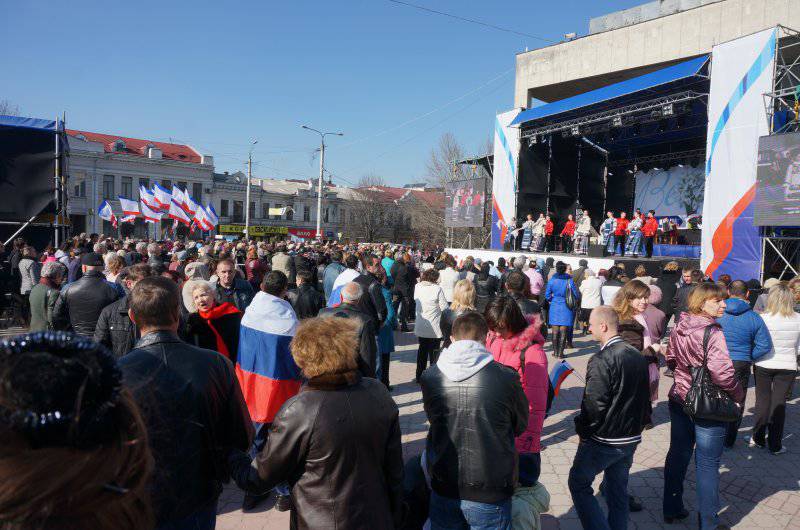 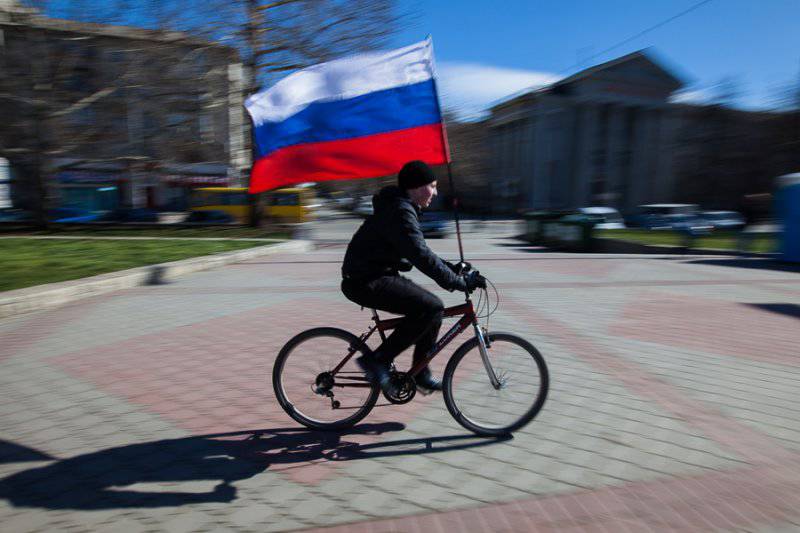 Even the Crimean Tatars showed their civil position. 40% of them came to the referendum! True, the grouping with all the signs of an organized criminal group called the Mejlis cannot yet calm down about the fact that it does not gain complete power over the peninsula and continues to assert that only 0,54% of the Crimean Tatars voted. Here the arithmetic is extremely simple: the more grants from abroad, the smaller the figure voiced by his leadership. Although in fact this group hardly has an influence on the opinion of 50% of the Crimean Tatars and simply does not have the moral right to declare on behalf of the whole people. Well, here is the analogy with the Maidan. There, too, the leaders of the then opposition claimed that “all the people” had come out against the authorities.

In the referendum in the Crimea were fraud? Absolute lie. Anyone who was a direct participant in the expression of the will of the people can state that the triumph of democracy has taken place in Crimea. But this is not a Western-style “democracy” triumph, when the minority opinion is put above the interests of the majority. This is the triumph of true freedom, on which the West must be equal. 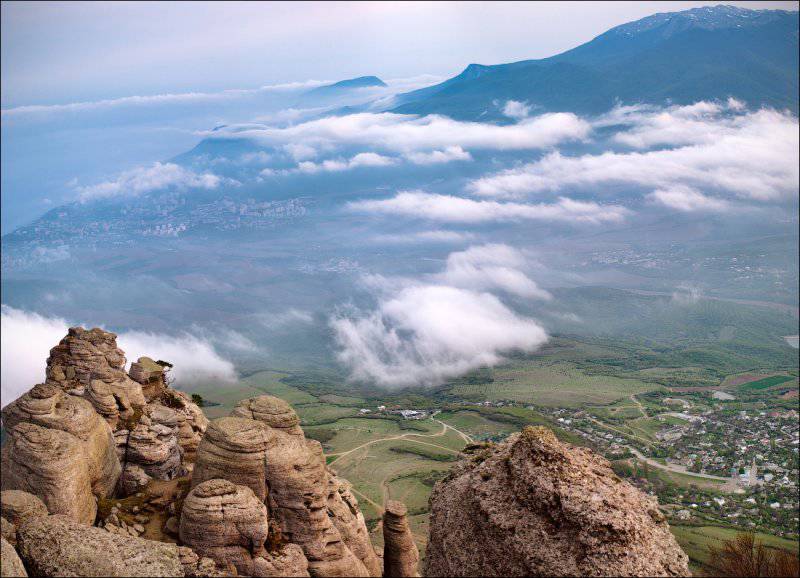 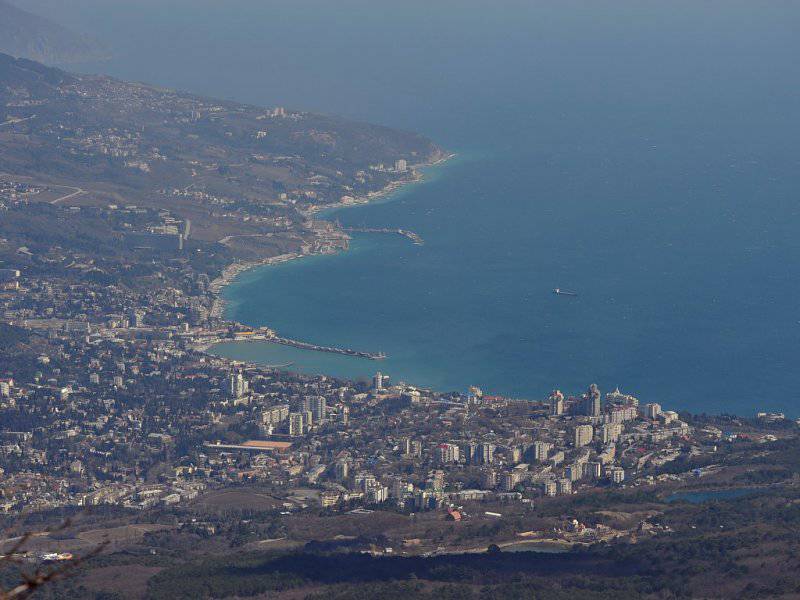 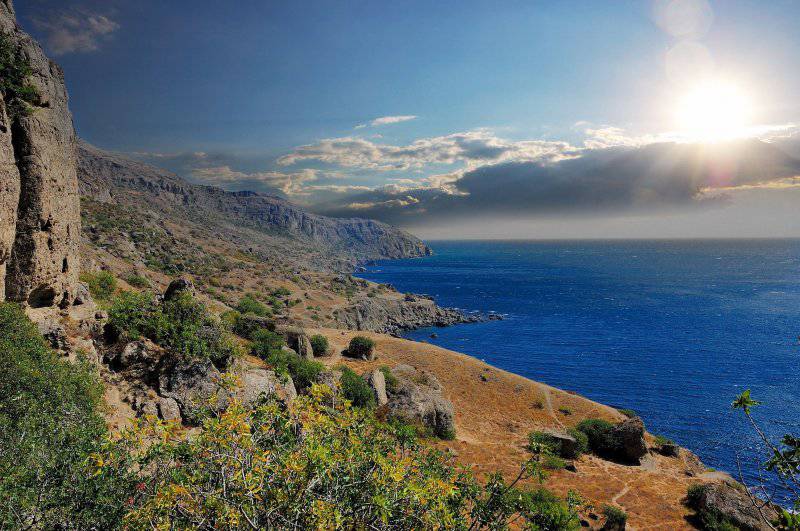 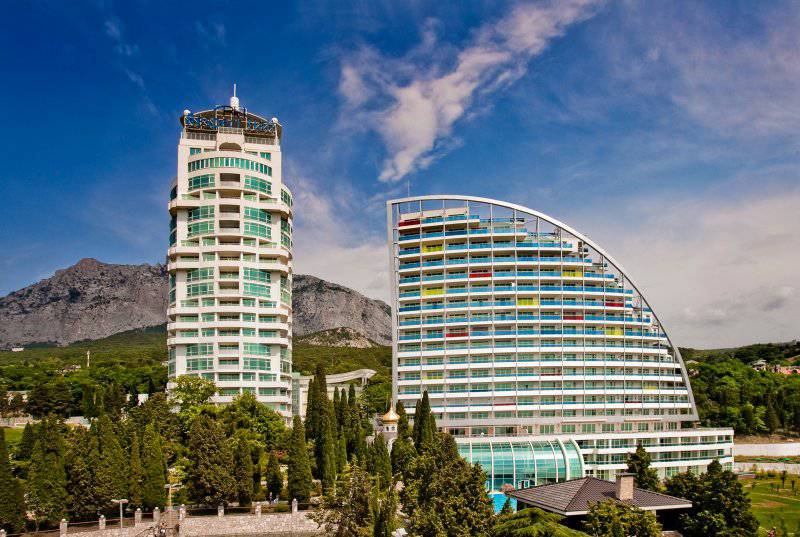 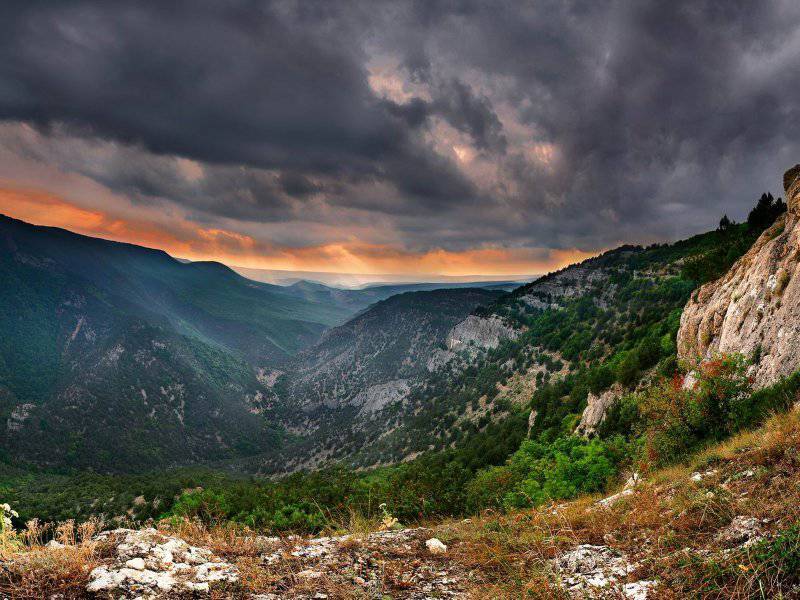 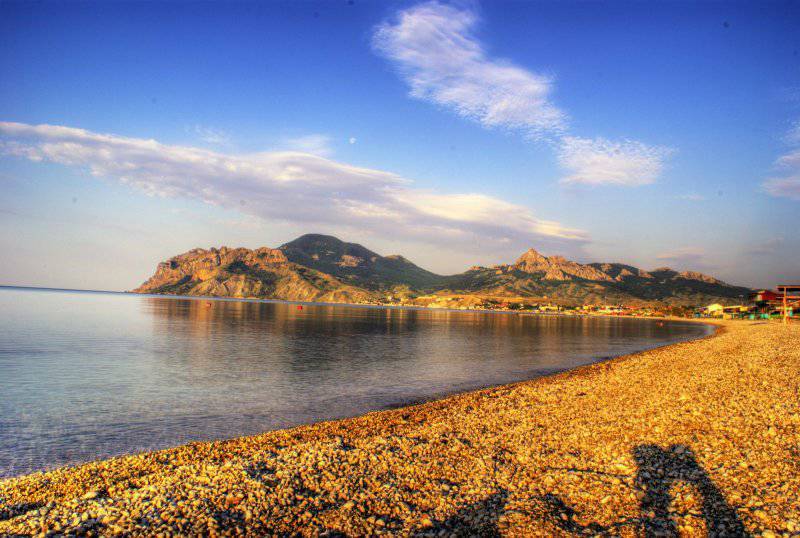 The United States and several other countries did not recognize the referendum. Do Crimeans need to be upset about this? For Crimeans, the opinion of Obama and the ruling clans of Western countries is no more important than for them the opinion of the Crimean people.

The peninsula was intimidated by the war and the bombing of NATO, constantly stuck in the wheels ... Crimea survived. Russia was intimidated by sanctions and Independence in Moscow, but Russia continues to attack. Judging by the way sluggish sanctions are taken, they will hit primarily not on Russia and on its leadership, but on the West itself. Western politicians need sanctions to imitate confrontation with Russia in front of their electorate.

The most interesting thing is that the Kiev authorities took over the Western habit of carrying a rake with them. Having arranged the Maidan, they forced the Crimea to secede, and the Southeast — to rise. Instead of annoying Russia, they only united the Russians. The radicals and the Kiev authorities, despite the presence of common owners, still have a split personality. All that power cannot do by legislative means is done by the radicals.

Under Yatsenyuk's flattering promises to grant the Southeast regions wide powers, arrests of leaders of local Russian-speaking rebels continue. Militants "Spіlno ї Sprai" announced the direct preparation of partisan units for the war with Russia. Yarosh threatens to shut off the gas pipeline and arranges armed provocations against peaceful rallies as in Kharkov. True, in Kharkov, the “fearless” militants of the “Right Sector” Gennady Kernes personally had to be rescued from mob violence by the Kharkovites, who in thousands came to Rymarskaya Street despite armed opposition from the enemy and the victims among the protesters.

Shooting took place in Simferopol directly during the celebration of a significant event on the outskirts of the city. The incident occurred at the 13-th photogrammetric center of the Central Military Topographic and Navigation General Directorate for Operational Support of the Armed Forces of Ukraine. Unarmed Cossacks-vigilantes who were near the base and were called upon to protect public order during the process of transferring the center to Russian control became victims of an unknown sniper. There was no assault at all. No one would do it in the conditions of the holiday and in the conditions of the agreement of the Ukrainian and military command to unblock the bases before March 21. The management of the center by agreement folded weapon (several machines). Snipers shot from an unfinished nine-story building nearby. When one of the fighters (Alexander) was wounded, a second rushed to his aid - Ruslan Kazakov, but was killed by a bullet from a sniper rifle. From the same firing point, the fire went in the direction of the Ukrainian base. Ensign Kakurin SV, located on the observation tower, was shot in the heart. Captain Fedun V.A. was wounded in the neck and arm. 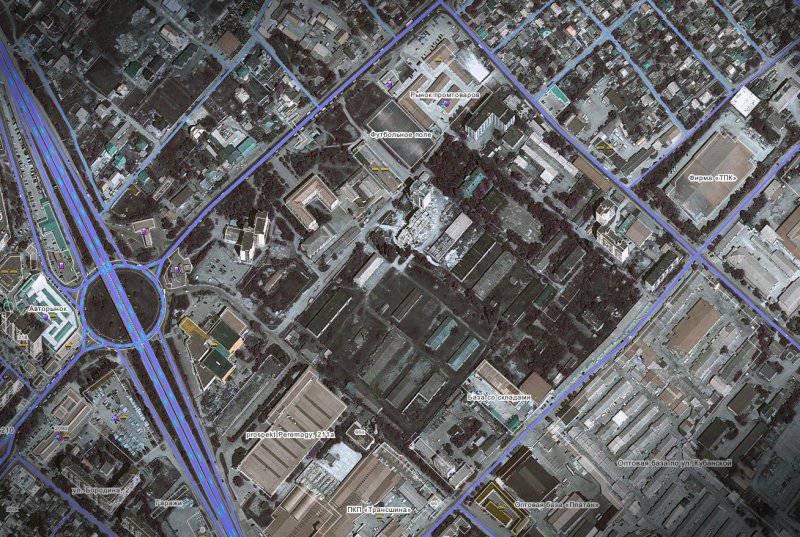 Thus, in Simferopol, they tried to repeat the Kiev script from February 20. Then the same snipers fired first at the unarmed militia, and then at the fighters of Maidan, who launched an offensive against the retreating soldiers of the explosives and the Berkut. But it did not work out. Despite the victims, it was not possible to provoke the Ukrainian military to fire (self-defense did not have weapons). All properly rated the situation. 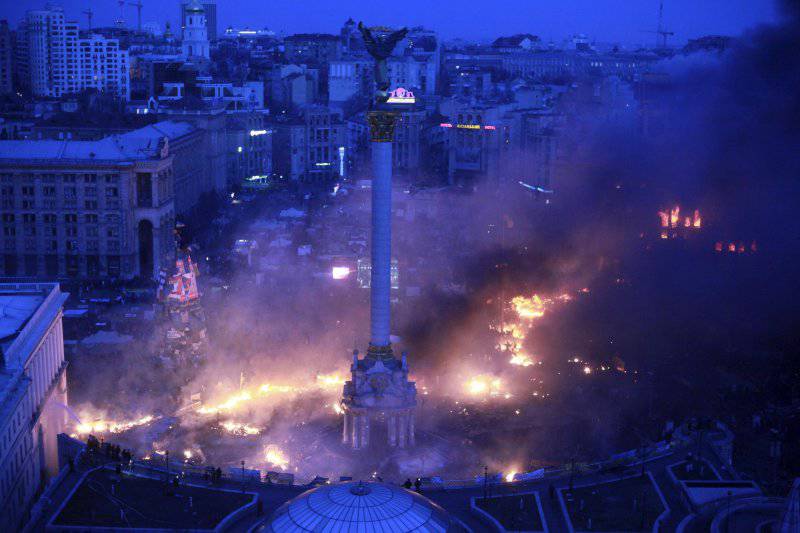 Immediately, the Ukrainian media began to write outright nonsense that, they say, “the Russian military began an assault with gunfire,” and only the Ukrainian military was killed. They simply ignored numerous reports from authoritative sources about the death of a retainer. Instantly connected and illegitimate Ukrainian leadership. On the same day, in 19: 08, as if from a clip, a permit to use weapons for the Ukrainian military "flew out in the event of a threat to their lives." And Arseniy Yatsenyuk before 18: 00 managed to declare that the conflict in Crimea is moving from a political stage to a military one. It turned out he hurried ...

Unknown snipers - this is the favorite tactic of the West, which goes into action when you need to arrange an armed conflict. In Crimea, the situation was as peaceful as it was. It is a pity, however, that snipers-mercenaries of the Kiev puppets have not yet been able to detain. They, probably, could tell a lot of interesting things about the bloody events in the center of Kiev ...

The radical armed units of the South-East of Ukraine have already declared that they are ready to give a serious rebuff to the gangs of neo-Nazis from Western Ukraine and various "national guards". The situation continues to heat up because of the ultimatum of the illegitimate Ukrainian government.

Russia will not intervene in the situation in Ukraine until the neo-Nazis try to arrange another bloodshed. Otherwise, Kiev can also become a city of federal importance within the Russian Federation. 08.08.08 lesson taken into account ...

Generally speaking, Ukraine is divided in half, and from now on coups in it will occur regularly. Perhaps, without external intervention, this country could exist in the former borders, including the ARC. But alas ... The country due to its geographical position is located between two fires. The division of the country shows both the coup 2014 of the year and the elections in previous years. Electoral cards demonstrate this. 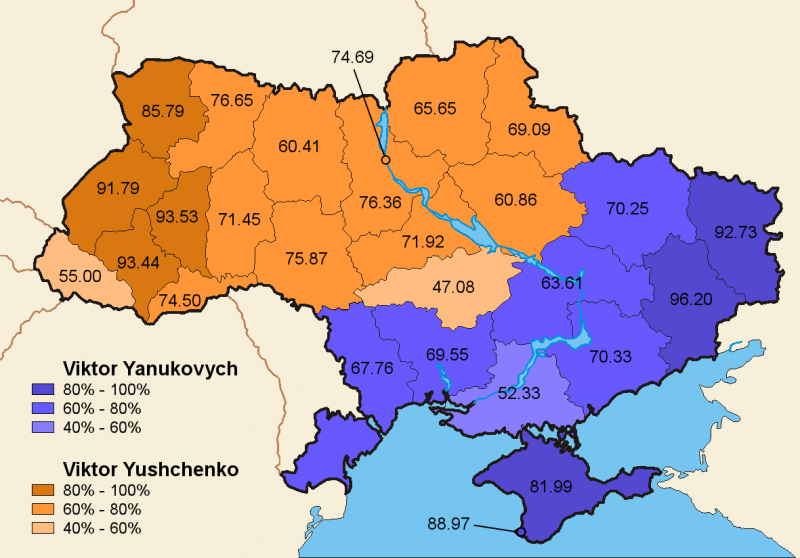 The fate of Ukraine without Crimea will now depend on the tricks of its illegitimate leadership. So far, it can be stated that it is not configured for dialogue and continues to act by the same methods. It has not yet relieved the armed militants, who will seize the bank in Kiev, then they will beat the people of Kiev with shooting. 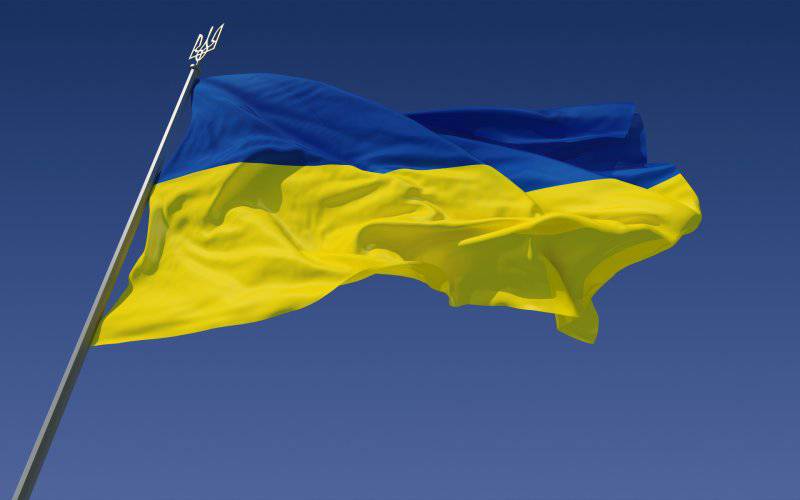 And what kind of dialogue is possible with the authorities, who can break into the director of the central TV channel and, severely beating him, force him to write a letter of resignation? At the same time, the deputies of the Verkhovna Rada from the neo-Nazi party "Freedom" (this is necessary - this name was chosen contrary to their activities) forced the beaten director to admit to the TV channel "Gromadske TB" on live TV. Interestingly, did Miroshnichenko, Ilyenko, and Benyuk know that their fighters were being shot by the fighters who came with them?

It is unlikely that today, except for the puppets of the West and their militants, I want to get a military conflict in Ukraine. However, the majority opinion, in full compliance with the standards of Western "democracy", is not taken into account. One thing is clear: Russia today has the power to carry out a lightning special operation to force the militants to turn around the world and then liquidate them and their leaders. 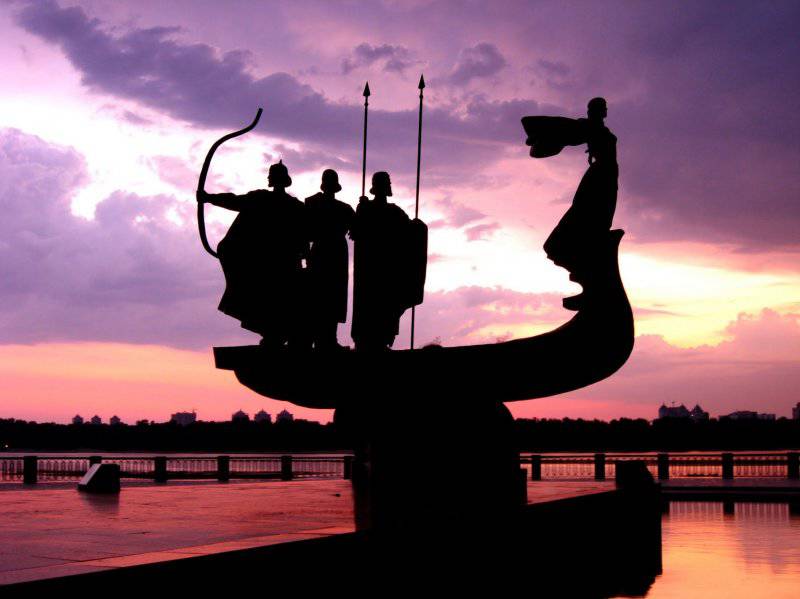