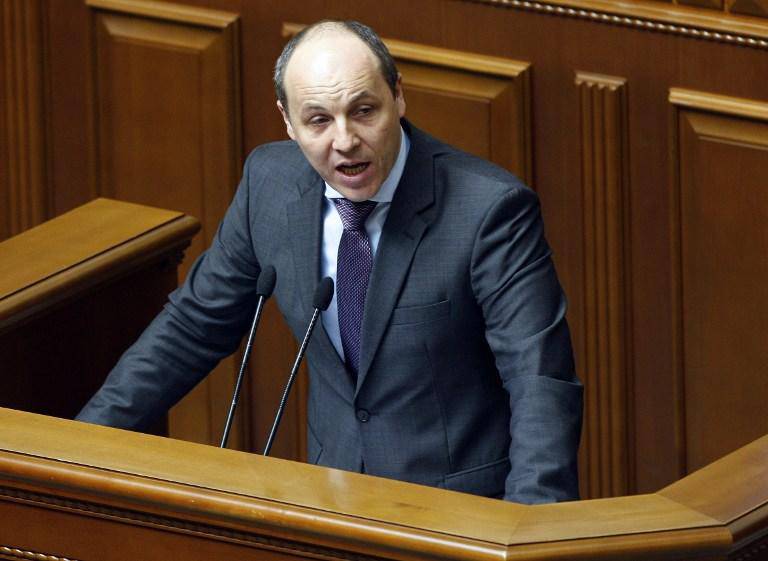 “It was decided to start the procedure for withdrawing from this (CIS) organization,” Parubiy said at a briefing on Wednesday. According to him, the decision was taken on Wednesday by the National Security Council.

Paruby also announced the introduction of a visa regime. “It was entrusted to the Ministry of Foreign Affairs to introduce a visa regime with the Russian Federation,” Interfax-Ukraine quotes Parubiya.

Paruby explained that in the coming hours, the Foreign Ministry should work out a mechanism according to which “only foreign passports can be allowed to enter Ukraine”. “An order has been given as soon as technically possible to put this NSDC decision into effect,” the Ukrainian politician explained. In addition, the National Security Council decided to bring the Ukrainian troops on full alert.

February 22 in Ukraine there was a change of power, with signs of a coup d'état. Rada dismissed President Viktor Yanukovych, changed the Constitution, entrusted the duties of the head of state to Speaker Oleksandr Turchynov, and called the presidential election on 25 in May.

Yanukovych said that he was forced to leave Ukraine under the threat of reprisal and remains legally elected head of state. The EU Council agreed on a sanction list of 18 citizens of Ukraine.

New authorities were created from the participants of the clashes in the center of Kiev. In particular, Andrei Parubiy, the former “commandant of Maidan”, became the head of the National Security and Defense Council.

Earlier, the former head of the Security Service of Ukraine claimed that Parubiy had prevented the introduction of special forces, which would have neutralized the snipers who had fired on Maidan.

Russia will decide on the introduction of a visa regime with Ukraine after receiving the official notification of Kiev.

The decision on whether to introduce visas for Ukrainians will be made after the official notification from Kiev on the introduction of a visa regime with Russia.

Ctrl Enter
Noticed oshЫbku Highlight text and press. Ctrl + Enter
We are
Saakashvili believes that it is necessary to cancel the visa regime with the Russian Federation
Military Reviewin Yandex News
Military Reviewin Google News
197 comments
Information
Dear reader, to leave comments on the publication, you must sign in.