"A modified version of the XIX century" 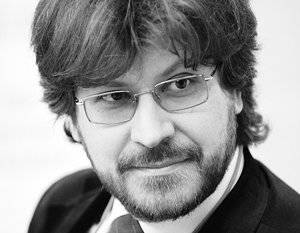 “Now the course of events, the Russian pressure has slightly affected the Americans. An understanding has already emerged that the Crimea will go to Russia, and they are ready for much of what they were not ready for before, ”political analyst Fyodor Lukyanov told THE VIEW OF THE PLACE. He hopes that a new, more equitable order will prevail in the world following the Ukrainian crisis.


The European Union and the United States did not go for economic sanctions against Russia, as they are capable of causing damage not only to the Russian Federation, but also to the Europeans and Americans themselves, said political scientist Fyodor Lukyanov.

The expert believes that the actions of Washington and Brussels are an attempt to avoid taking economic restrictive measures, because they can damage not only Russia, but also the Europeans and Americans themselves. Therefore, according to Lukyanov, “strange, surprising, but very bright steps from the point of view of media PR are being made in Europe and the USA”.

The first “soft” sanctions can be regarded as a sign of the West’s readiness to make concessions, Fyodor Lukyanov, the head of the Council on Foreign and Defense Policy, the chief editor of Russia in Global Affairs, told the VIEW interview.

VIEW: Fedor Aleksandrovich, a couple of weeks ago you expressed hope for holding a “peace conference” in Ukraine with the participation of Russia and the West. The sanctions against Russian politicians announced on Monday were regarded by many as “soft”. Does this mean that the West is already cautious, is making concessions, are chances for a peace conference growing?

Fyodor Lukyanov: No, not cautious. Now there is no chance. This is the first step. Others will follow. They promised that the further Russia goes, the more sanctions it will receive. Tomorrow the president will speak and, I suppose, will announce that we are accepting Crimean brothers in the Russian Federation. It is clear that this will be the next portion of the sanctions. And so on.

VIEW: “The Club of Rich Countries” (OECD) suspended the procedure for joining the organization of Russia. How important is it?

F. L .: Any club where the rules are determined by some countries has the right not to accept those who do not want. This is quite natural. But now there is a new situation, when Russia's membership in this club will not be as significant as before.

VIEW: You have already noted that Russia no longer considers the preservation of good relations with the West mandatory. The fact that Washington has recently admitted in passing Moscow’s right to defend its “interests” in the near abroad does not mean that there have been changes in the attitude of the West itself to Russia?

F. L.: Western representatives have said before that the legitimate interests of Russia should be taken into account. But at the same time, they reserved the right to determine which are legal and which are not. Often, what Russia claimed was considered unfair.
Now the course of events, the Russian pressure that is being demonstrated, has slightly affected the Americans. Already there was an understanding that the Crimea will go to Russia, and they are ready for much of what they were not ready for before. But again, provided that Russia abandons its decisive step.

If Russia had said at the last moment: let's wait with the accession, let's see what Ukraine will be and what we can agree on with it, I do not exclude that some definite changes in comparison with what was proposed before would occur. But all this would happen again to the extent that the United States and the European Union would find acceptable.

Now Russia does not intend to engage in any discussion of its interests. She concluded that she must act as she sees fit. It happened three weeks ago, it could be different. But then this did not happen.

VIEW: You have repeatedly suggested that Russia should become a “bridge” between the West and China, not adhering openly to any of the parties, “adhering to openness in combination with a very quirky policy”. Is there any risk that the current quarrel with the West - on the principle of a pendulum - will lead Russia to too much a lurch towards Beijing? Do not we risk becoming a younger brother together with China, which is much more economically superior to us?

F. L.: Yes, we risk. This is perhaps one of the most significant risks to be taken into account. This requires serious diplomatic efforts. Because China will be happy to support Russia - well, let's say, unofficially (they will never support the decision itself on the Crimea ever). But unofficially they say that we will be happy to help Russia, but, of course, not just like that. Therefore, the risk of becoming overly dependent on China, becoming its junior partner, is now undoubtedly present.

VIEW: You noted that as a result of the Ukrainian crisis, we can still count on the establishment of a new balance of power that will force the participants in world processes to have a serious conversation about the new rules of the world political game. What, for example, can these rules be?

F. L.: The rules could be such that the United States would seriously discuss its actions with other large countries. It would be a world in which it is recognized that large countries have areas of interest.
The last 20 years of official rhetoric was that there are no lines, that the era of "spheres of interest" has passed. This, they say, XIX century, it is irrelevant. Now the game "total" - no longer, they say, zero-sum games. But what it means in practice, we see. This means that no one has “spheres of interests”, and the United States does not have them either, because their sphere of interests is the whole world.

That is, in fact, there were no lines simply because the United States considered it possible to act wherever it was deemed necessary. Now it would be good to return the lines.

It is impossible to return to the cold war, we do not have and will not have a bipolar world. It is rather a modified version of the XIX century - a return to a more traditional, classical interpretation, when we understand that there are moments when we understand that we need to agree on “dividing lines”. This world, it seems to me, would be more stable than the one that is now. But it is theoretically. Practically, I still do not really see this aspiration. Although we are only at the beginning of the crisis, and it is still unknown what will happen next.