The war of Russia and NATO, or Reality and conjecture

March 20 2014
117
The Ukrainian crisis and the various events of recent months have led to the emergence of a mass of various statements and opinions. The leadership of many countries makes unfriendly statements, and sometimes openly makes threats. For example, in the past few weeks, Europe and the United States have been actively discussing the topic of imposing sanctions on Russia, which ultimately led to the emergence of two lists of Russian officials, against whom appropriate measures have been taken. Some time ago, in numerous fierce discussions, an opinion emerged that a war between Russia and Ukraine, or even between Russia and NATO, was about to begin. 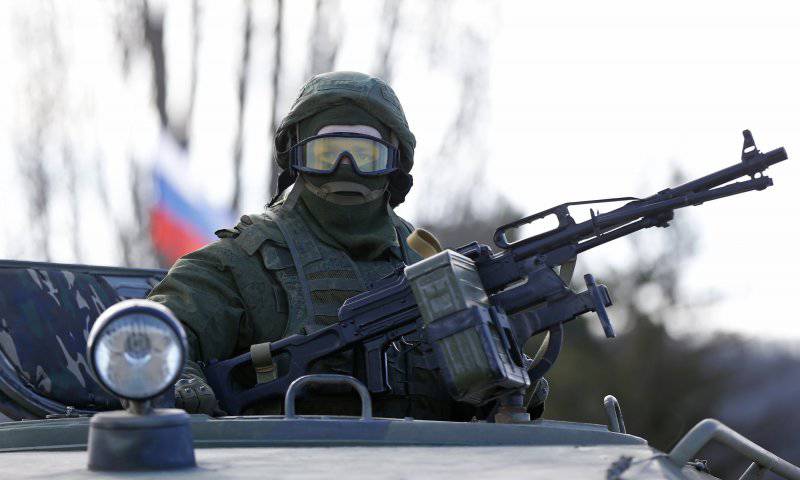 The probability of an armed conflict on the territory of Ukraine really looks quite high. Some processes in this country took the form that the possible beginning of a civil war or a conflict with a third party cannot be disregarded. Nevertheless, the conflict between Russia and the countries of the NATO alliance looks more like a fantasy of hotheads, rather than a possible scenario.

The main question in this context is: what benefits will the countries of the North Atlantic Alliance gain from an armed conflict with Russia? The last will help to answer this question. news about sanctions. As follows from the available reports, the introduction of sanctions against our country can cause serious harm to the business of the States that have taken such measures. If it comes to open armed confrontation, the economic losses will be incomparably higher and it is unlikely that they can be justified.

Despite all the risks associated with a hypothetical war, in recent times various “predictions” of such a conflict have regularly appeared. For example, in the end of February and the beginning of March, the campaign of the American ship group led by the aircraft carrier USS George HW Bush (CVN-77) was actively discussed. Some "analysts" have argued that the US Navy ships are heading for the Black Sea to support the new Ukrainian government, and also have the combat mission of striking Russian targets.

History with the American aircraft carrier was perhaps the most interesting, but at the same time completely stupid, attempt to predict the events of the near future. People who are more or less versed in the features of the military fleet and international law, they immediately understood what the version about the participation of the George Bush aircraft carrier in a hypothetical war was worth. The passage of an aircraft carrier of this class to the Black Sea is hindered by both legal and physical factors. Firstly, such a large ship in accordance with the Montreux Convention on the status of straits will not be able to pass through the Black Sea straits. Secondly, the passage of such a ship under the Bosphorus Bridge is an extremely difficult task. As if confirming these findings, the USS George HW Bush aircraft carrier proceeded along a previously laid route in the Mediterranean Sea.

It should be noted that any military assistance by the United States or NATO countries to the new authorities of Ukraine looks extremely unlikely. The main reason for this is the status of Ukraine. This state is not part of the North Atlantic Alliance and therefore cannot count on full-fledged military assistance. In this case, the issue of Ukraine’s entry into NATO becomes relevant, however, such an event does not look possible. There are many obstacles on the way of Ukraine to NATO, from the lack of a stable situation in the country to the unacceptable state of the armed forces.

Another confirmation of the impossibility of war can be considered the words of former US Secretary of Defense R. Gates, spoken by him during an interview for the Voice of Russia radio. The ex-minister believes that the war is completely excluded and the United States does not even think of fighting with Russia over the Crimea or Ukraine. Moreover, Gates has not yet heard any proposals for the beginning of the war. R. Gates also suggested that Washington was disappointed and upset by the fact that in the current situation the United States did not have a wide range of responses to Russia.

It is probably the last unfriendly statements and actions that are connected with this lack of choice. For example, in early March, the Pentagon announced a temporary suspension of military cooperation with Russia. The United States intends to abandon several joint exercises, suspend bilateral negotiations, cancel friendly visits of warships, etc. A few days later, US Secretary of Defense Charles Hagel declared that it was necessary to revise existing agreements on cooperation in other areas. According to his order, the specialists will again examine the contract for the supply of Russian rocket engines. As a result of this analysis, the agreement may be terminated.

It is easy to see that all current unfriendly statements are emotional, and the execution of all the promised "punishments" is associated with big problems for their initiators. For this reason, there is every reason to believe that the situation in the international arena will normalize over the next few months. Now officials of all countries, one way or another connected with the Ukrainian crisis, are in an excited state and are forced to work in extremely difficult and ambiguous conditions. Therefore, in the very near future, when the heat of the situation subsides, they will be able to act calmly and taking into account all possible consequences.

Naturally, in this scenario, there is no room for a hypothetical war between Russia and NATO. All current disputes will soon take on a more relaxed form, and most of the aggressive statements will simply be forgotten.

Ctrl Enter
Noticed oshЫbku Highlight text and press. Ctrl + Enter
We are
Situational analysis of the death of the MH17 flight (Malaysian Boeing 777), made on the basis of engineering analysis from 15.08.2014Russian Arms Expo-2013: exhibits and statements
Military Reviewin Yandex News
Military Reviewin Google News
117 comments
Information
Dear reader, to leave comments on the publication, you must sign in.