We speak - the Crimea, we mean - Transnistria, or Moldova Testing for stress resistance

March 20 2014
31
After the decision of the Crimeans and Sevastopol residents about the entry of these regions into Russia and after the decision to join Crimea and Sevastopol into the Russian Federation is already the Russian side, serious attention is focused on other territories of the former USSR, which in turn do not want to be under the jurisdiction of the central authorities of that state, in which they are administratively and geographically included. One of such territories is the Pridnestrovian Moldavian Republic. 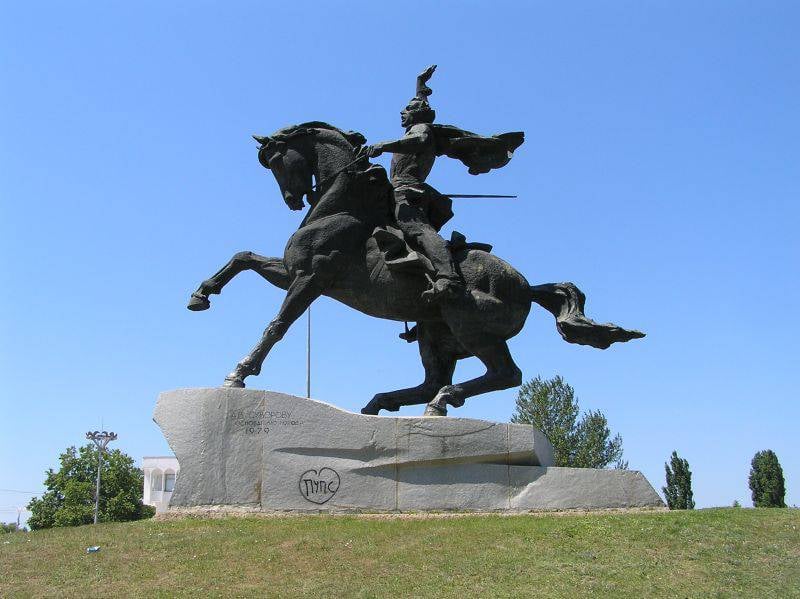 18 March it became known that the Speaker of the Transnistrian parliament Mikhail Burla officially addressed his Russian counterpart (State Duma Speaker) Sergey Naryshkin with a proposal to consider the possibility of including Transnistria in the Russian Federation in the image and likeness of Crimea and Sevastopol on the basis of future changes in Russian legislation. Mikhail Burla’s address in Transdniestria is associated with those legislative innovations of Russia, according to which the territory of other states can be taken as special subjects of the Russian Federation in special cases: for example, if the central authorities are illegitimate or these authorities are not effective ... Here it is necessary to recall that this interpretation The bill was proposed by deputies from the "Fair Russia". True, one thing is interpretation, and another thing is the final law, which is only being prepared for adoption.

It should be particularly noted that in 2006, the Pridnestrovskaia Moldavskaia Respublika held its own referendum, according to the results of which 98,08% voted for the turnaround of the Pridnestrovskaia Moldavskaia Respublika and the subsequent free accession of Pridnestrovie to the Russian Federation? In addition, Transnistria declared its independence from the Moldavian SSR as early as 78,55, after which a bloody conflict began, which today can be extinguished with the help of Russian peacekeepers.

It turns out that there seems to be all the prerequisites for the entry of the Pridnestrovskaia Moldavskaia Respublika into the Russian Federation: the will of the citizens, the official appeal of the authorities about this possibility, the presence of the Crimean precedent. However, in the Transnistrian case, the situation is still not unambiguous, and there are several reasons for such ambiguity.

On the territory of the PMR, out of about 510 thousands of inhabitants, about 200 thousands of people have Russian citizenship, and 160 thousands are ethnic Russians. But…

The main reason for the possible difficulties associated with the hypothetical entry of the Transdnistrian Moldavian Republic into the Russian Federation is related to the fact that today, from a political point of view, Moldova and Ukraine are completely different countries. Ukraine is a vivid example of a state without a state power, in which even elementary constitutional norms are not observed. Today’s Ukraine is a collection of territories with pseudo-authorities in the center that do not control the course of the political process.

In Moldova, the situation is fundamentally different from a legal point of view. In Chisinau, which claims rights to Transnistria, there are legitimate authorities. And this legitimacy is hardly questioned. Yes, let it be individuals, many of whom, without a twinge of conscience, are in favor of joining the European Union as soon as possible, at least at the level of the Romanian province, but this does not negate the fact of their legitimate election and legitimate work in their posts. They may not cause sympathy in Russia (and I dare to suppose that they do not cause sympathy in Russia in the overwhelming majority of citizens), but you cannot build international politics on sympathy or antipathy. Apologizing in advance for a paraphrase of the famous utterance of the American president, it turns out something like: they are certainly sons of bitches, but they are legitimate sons of bitches ...

Then the question arises that in the draft law of the mentioned spravorossov there is something about the effectiveness of the central state authorities. But here again there is a snag: who exactly and by what patterns will determine the effectiveness of the authorities of this or that foreign state? If we proceed from the purely subjective positions of the average Russian, then we can say that today, at least in half of the states of the world, the authorities are, to put it mildly, ineffective. But the point is that this position is subjective. From our point of view - they are “none”, from the point of view of the citizens of this country - the authorities are “very even nothing” ... So go find a formula by which someone is effective and someone is not.

It is quite another matter if the Moldovan authorities as such are completely marginalized, but recall that the Pridnestrovian Moldavian Republic on the basis of a transparent referendum declared its own independence, and before the referendum (adopted the declaration of independence in the aforementioned 1990). By the way, the independence of the PMR is partially recognized. To date, the TMR as a full sovereign state recognized Abkhazia and South Ossetia. Russia does not seem to recognize the official independent status of the Pridnestrovian Moldavian Republic, but if it recognizes the independence of Abkhazia and South Ossetia, then, as they say, there is something to think about ... And if there is something to think about, then there is a healthy meaning and all kinds of expediency, starting with the territorial. And now a few words about the expediency, and about the expediency for the Transdniestrians themselves.

Already today, according to reports coming from Tiraspol, the MTR was in a state of partial blockade by Ukraine. The vice-premier of the Russian government Dmitry Rogozin, who is the special representative of the president of the Russian Federation on Transnistria, also spoke on this issue:

It can be assumed that self-proclaimed Ukrainian authorities thus “avenge” Russia for Crimea, but in the end it is ordinary Transnistrians who suffer. As can be assumed, if today Russia will accept the PMR, then the residents of the republic at this stage will hardly be better off from such a decision. The main reason is that the PMR is territorially sandwiched between Moldova and Ukraine. With all the desire for close integration, today's conditions, and this is sad, are such that Russia will either have to decide on tank a march through Ukrainian territories to “cut through the corridor” to Tiraspol (which, of course, can only be dreamed of in a nightmare), or tune in to much more pragmatic positions. Without a political dialogue with Ukraine, resolving the issue with Transnistria is extremely difficult. But the whole question is with whom exactly in Ukraine such a dialogue? With Kiev impostors, or what? ..

In this regard, the situation in the south and east of Ukraine is extremely interesting. If the current Ukrainian "power" continues its destructive work or, even worse, is replaced by outright extremists from the same "Right Sector" (and there are prerequisites for that today), and if the West continues to indulge those whom they chose as their protégés in Kiev, then Transnistria will not have to wait long for full-fledged integration with the Russian Federation ... The South and East of Ukraine themselves may well become if not an independent state, then, at least, completely independent subjects of the new federalized Ukraine, which can decide with whom to cooperate and on what terms. If the situation in Ukraine calms down, and quite adequate people turn out to be in power after 25 May (which, frankly speaking, is hard to believe in the light of the new Ukrainian rhetoric), then there will be no obstacles (at least territorial) for the integration of Transnistria with Russia.

In general, there is an opinion that today everything depends not only on the rigidity of Russia, but on the behavior of the West, Ukraine and Moldova. If someone from this “troika” starts to fasten biceps to his hands and demonstrate them to Moscow, then no territorial obstacles will prevent the MRT from entering the Russian Federation (after all, there are also problems with the message of the “mainland” part of Russia if the Lithuanians are beginning to “play the fool”, but this does not cancel the fact of finding a region within the Russian Federation).

Should the statement by Moldovan President Timofti be considered a threat to the Russian Federation:

Any attempt by the self-proclaimed republic of Transnistria to follow the example of the Crimea and join Russia will be a mistake.

Well, the demonstration of even overhead biceps is clearly not pulling, rather like a squeak denoting the fact of presence, so as not to crush in passing ... Yes, and the West, realizing that today it is better not to provoke Russia, too, as much as possible, restrained, sparkling little eyes and watching the course of events from a deep hole after its notable fiasco with the Crimea ...

Ctrl Enter
Noticed oshЫbku Highlight text and press. Ctrl + Enter
We are
Moldovan independence: 24 of political uncertaintyArmed Forces of Transnistria: 23 of the year since its foundation
Military Reviewin Yandex News
Military Reviewin Google News
31 comment
Information
Dear reader, to leave comments on the publication, you must sign in.