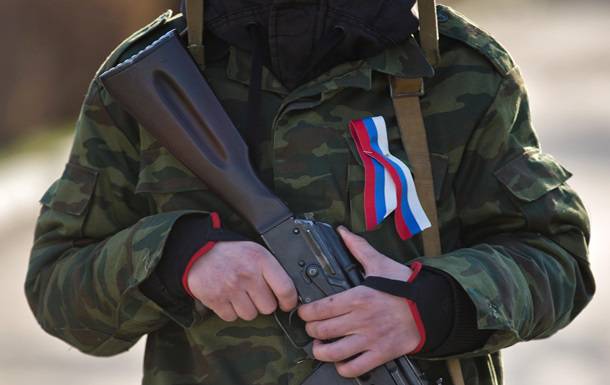 Crimean law enforcement officers detained 17-year resident of Lviv region, who on Tuesday shot dead in Simferopol with a sniper rifle of two people, the press service of the Interior Ministry.


Presumably, the detainee is a representative of the Right Sector nationalist organization. After the shooting, he tried to escape, but law enforcement officers predicted which way to go out of the building, and the gunman was detained, they report to Vesti FM.

The head of the Council of Ministers of Crimea Sergey Aksenov told RIA "News"That is in constant communication with law enforcement agencies to investigate the incident with the shooting of military personnel. According to him, during the organization of the attack, the “Maidanov option worked”. “They were shooting from one point in two places, both in the Ukrainian military, and in our self-defense forces,” said the Prime Minister of Crimea.

According to preliminary reports, shots were fired from one place in two directions. Sniper shot from the window of an unfinished building, located in the vicinity of a military unit on the representatives of self-defense, which checked the signal's presence in the building of armed men, and in the direction of Ukrainian military unit stationed nearby.

The Interior Ministry did not rule out that this provocation was planned, with the aim of causing nervousness and complicate the situation in the day when the agreement was signed on the reunification of the Crimea with Russia.


Government of Crimea: Information about the capture of a sniper who killed two people is not true

“The Information Policy Directorate refutes this information,” said the information policy department of the Council of Ministers of the Republic of Crimea.
The government of the republic also stressed that the Twitter account that posted the message about the capture of the sniper and allegedly being conducted on behalf of Prime Minister Sergey Aksyonov is fake.

Earlier, the head of the Council of Ministers of Crimea Sergey Aksyonov told RIA Novosti that he is in constant communication with the law enforcement agencies of the republic to investigate the incident with the shooting of military personnel in Crimea. “The“ Interception ”plan is working, we keep in touch,” said Aksyonov.

Ctrl Enter
Noticed oshЫbku Highlight text and press. Ctrl + Enter
We are
Results of anti-terrorist work on Dagestan in April 2014People in uniform against the shooter "to hell"
Military Reviewin Yandex News
Military Reviewin Google News
286 comments
Information
Dear reader, to leave comments on the publication, you must sign in.