Australia continues to use the Heron I UAV in Afghanistan 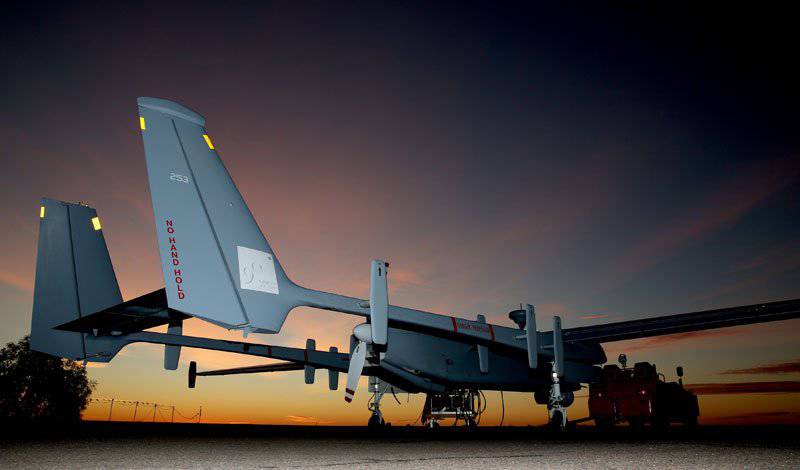 The Heron UAVs are deployed at the Kandahar Air Base (Afghanistan) and at the Wumerra test site in South Australia, where operators heading for Afghanistan are trained.

Despite the withdrawal of coalition forces from Afghanistan, the Heron I unmanned aerial vehicle, deployed by the Heron Australian unit of the same name, will continue to provide invaluable information (intelligence, surveillance and reconnaissance) to coalition forces operating in Afghanistan for at least the entire 2014. Created by Israel Aerospace Industries, Heron I is leased and used by Canadian company MDA.

In November, the 2013 of the Australian division of Heron marked a significant event: the drone’s flying time was twenty thousand hours. Remotely piloted aircraft RPV Heron (new name for unmanned aerial vehicle or UAV) spend in the air from 400 to 500 hours per month, performing long flights at medium altitudes. They are able to be in the air for more than 24 hours with a maximum speed of more than 180 km / h at an altitude of up to 10000 meters.

According to sources in the Royal Australian Air Force, the decision to extend Heron’s mission is related to the conclusion of a contract with a new client, the International Security Assistance Force (ISAF) of the Regional South Command. The Heron unit will continue to be based at the Kandahar air base in Afghanistan at the request of the ISAF, directed to the Australian government.

Heron returns to Kandahar after completing an intelligence mission. 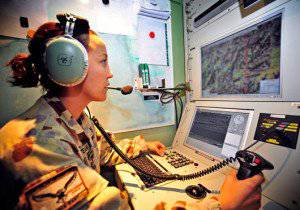 Unlike small unmanned aerial vehicles (UAVs), the Heron remotely piloted aircraft weighing 1100 kg operates from the runway along with other manned aircraft. Australian Heron is based in Kandahar, the busiest airfield with one runway in the world. To ensure the safe and effective operation of the apparatus at such a busy aerodrome for piloting the Heron, the Air Force uses military pilots who have experience in difficult and dynamic air conditions.

In addition, up to seven people are busy processing, analyzing and distributing information from Heron's sensors. Attendants may include flight technicians, an intelligence department, operations officers, engineering staff, administration and logistics representatives. 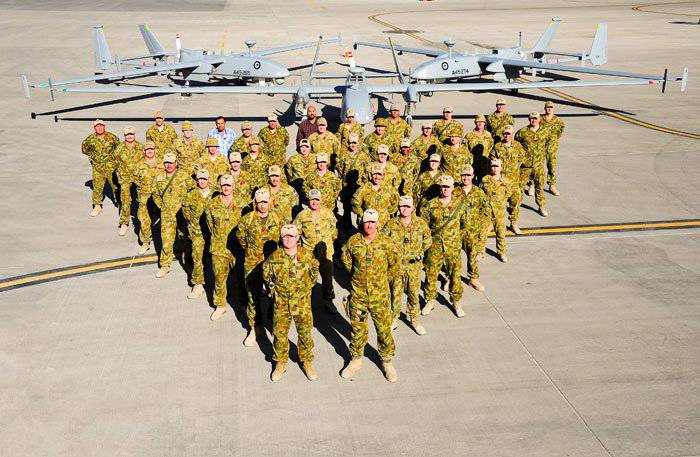 In November 2013, the Royal Australian Air Force brought the drone's raid in Afghanistan to twenty thousand hours. In this photo, the commander of the unit Heron, captain Tony McCormack (Tony McCormack) is on a par with his subordinates. Each unit of Heron consists of about 30 people and is based at Kandahar air base in southern Afghanistan. 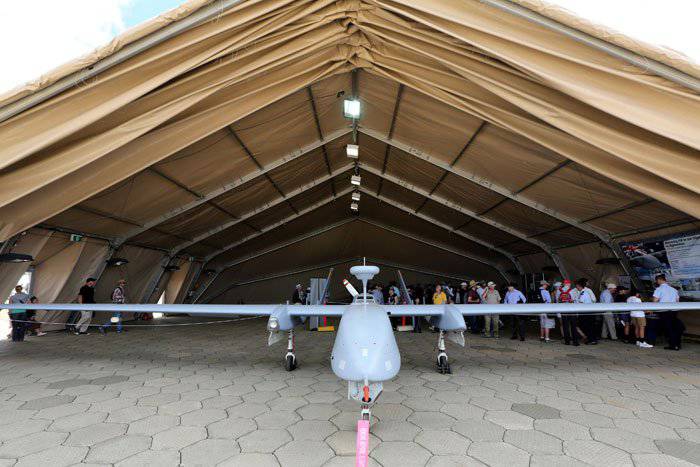 1, March, 2, March 2014, the celebration of the centenary of military aviation at the Williams Point Cook airbase. Among the popular attractions at the exhibition was a remote-controlled aircraft Heron, located in the hangar.