Nobody wants to shoot at Slav brothers 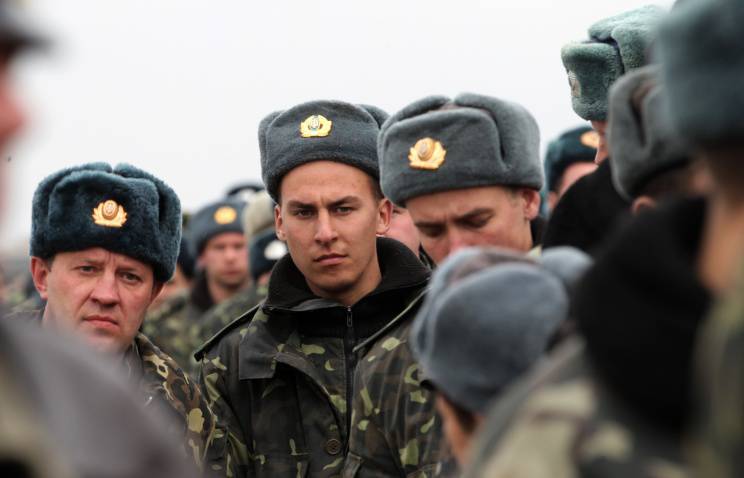 My husband was taken to the exercises in the military unit 1126 (25-th separate airborne brigade, Dnepropetrovsk region, Novomoskovsk district). In the military enlistment office there were clearly subjects with a Western accent, as well as people in civilian clothes who intimidated the police and the prosecutor’s office of those who would not go to the exercises for 10 days. In the end, my husband drove.

They promised that 10 days will hold, train and release home. But ... Calls today half an hour ago, says that they (this is his company, as well as 1500 people) are forcibly poisoned on the border (intimidated by punishment of their families). They said that they would be sent for military operations, for special missions. Configure against the Russian troops, forced to shoot at the mythical Russian enemy. NONE of the 1500 people do not want to go there and even more so to shoot at the Slavic brothers.

My hands are shaking, I worry a lot when I write.

THANKS IN ADVANCE! I HOPE VERY MUCH FOR YOUR HELP!

Sincerely - Catherine.
Ctrl Enter
Noticed oshЫbku Highlight text and press. Ctrl + Enter
We are
Reports from the militia of New Russia for 1 September 2014 of the year
Military Reviewin Yandex News
Military Reviewin Google News
137 comments
Information
Dear reader, to leave comments on the publication, you must sign in.