"For Transnistria, the time has not come yet to act on the example of the Crimea" 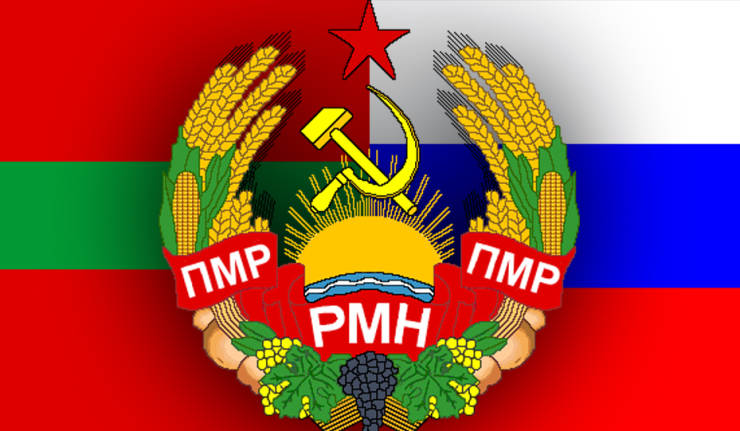 Transdniestria can not join Russia on the example of the Crimea - at least in the short term. The unrecognized republic does not have a common border with the Russian Federation and an internationally recognized status within Moldova. In addition, following Transnistria, Gagauzia can “pull”, and Russia does not want a sharp aggravation of the international situation, expert Vladimir Bruter believes.

Following the Crimea, the public of Transnistria asks Russia to consider the possibility of including the unrecognized republic in its membership. The resolution was adopted following a roundtable with the participation of local deputies, as well as representatives of public and youth organizations. The corresponding appeal to the Russian State Duma was sent by the Chairman of the Supreme Council of Transnistria, Mikhail Burla.

A similar Crimean referendum was held in Transnistria in 2006 year. Then 97 percent of the population of the republic spoke in favor of independence from Moldova and joining Russia.

Vladimir Bruter, an expert at the International Institute for Humanitarian and Political Studies, told the Voice of Russia what are the chances of joining Russia in Transdniestria.

- It was obvious that the republics that had previously tried in one way or another to become part of the Russian Federation after the success of the Crimean stories may try it again. What are the chances of Transnistria?

- I think that Transnistria has chances, like everyone. But it is not a question of today. There are at least three reasons why this will not happen quickly. The first is the lack of a common border. Transnistria is separated from Russia by the territory of Ukraine, which now constitutes a big problem.

The second problem is that, unlike Crimea, Transdniestria does not have internationally recognized status within Moldova - this is autonomy without agreement with Chisinau. The situation is complicated by the fact that this status must be given so that the decision is legitimate. The third causal one - there is also Gagauzia, which also, obviously, wants to participate in some way. Considering that a referendum was recently held there, it is not possible to leave the situation in Gagauzia without attention, which means that the overall picture will become even more complicated.

- For Chisinau, this situation does not seem very important primarily because Chisinau is used to, that it does not take a decision on these issues. And if the European structures decide that this is possible, then yes, Chisinau will agree. If they do not decide, they will not agree. Chisinau itself will not make any decisions on this matter. Prime Minister Iurie Leanca in such matters primarily consults in Brussels.

- Let's return to the fact that Transnistria has no common border with Russia. Imagine for a moment that the south-east of Ukraine continues to actively protest against Kiev and is increasingly beginning to turn to Russia. Maybe even receives the consent of the Russian Federation to join. If, for example, the Odessa region suddenly becomes a part of Russia, will the gates open for Transnistria?

- Of course. But it seems to me that this is not a question of the near future, besides, it is very complex. It seems to me that Russia believes that this can destabilize the situation very much. The first option would be an attempt to agree within Ukraine, naturally, without the Crimea. Crimea will not take part in this, but the rest of Ukraine, of course, should try to agree on a status that does not violate the rights of the regions. If this happens, the situation will calm down and the tension will subside. If what happens today continues, anything is possible.

- In your opinion, how best to behave Tiraspol in this situation? Which position to adhere to - to continue to insist on its own independence or to try to negotiate with Chisinau? What is needed in order to further achieve the transition to Russia, of which Transnistria has long dreamed?

- In Tiraspol, the situation is quite stable, predictable and manageable. It aims to ensure that the Left Bank region is part of the Russian Federation. The question is that this was not possible not because of the fact that Transdniestria did not want it, but because Russia did not want to change the recognized order that is connected with the observance of the existing borders. Now it is obvious that this order has largely ceased to operate and Russia is ready to consider such proposals. But for Transnistria, the time has not come yet.

Ctrl Enter
Noticed oshЫbku Highlight text and press. Ctrl + Enter
We are
“If Moldova takes a step towards Romania, Transnistria will fall off”The role of the “anchor” holding Bessarabia from Romania moves from the PMR to the Gagauz and the Bulgarians: regional results-2013
Military Reviewin Yandex News
Military Reviewin Google News
136 comments
Information
Dear reader, to leave comments on the publication, you must sign in.