Sanctions against Russia declared. What's next? Replica of Alexander Privalov 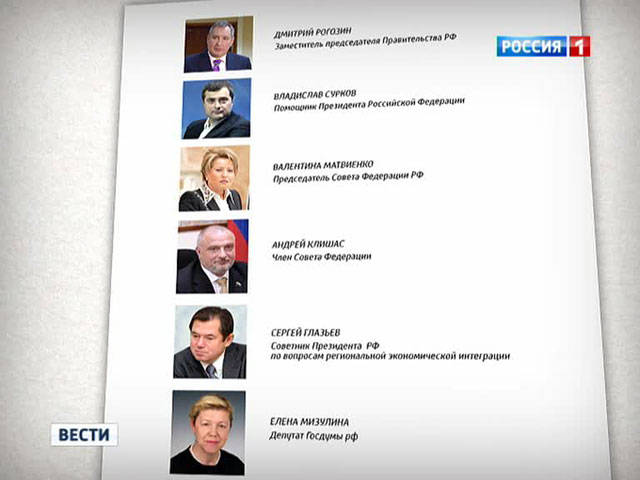 Last Monday (March 17) set a perfectly striking example of the paradoxical reaction of the market to a high-profile event. And after all, the event was not unexpected - on the contrary, it was announced thousands of times by all world media without exception. It was repeated a thousand times that if Russia did not abandon its plans to recognize the March referendum held in the Crimea on 16, then on March 17, the United States will announce sanctions against Russia. And that's exactly what happened: the referendum passed on 16, and America announced sanctions on 17. Only here the announcement has somehow affected the whole thing: instead of falling into despondency, the market rejoiced.

On both Russian stock exchanges, indices climbed 4-5% compared with the previous trading day. Analysts say investors have found Western prohibitive measures "unexpectedly soft." Strange people, these investors. All last week, again, the entire world press was lively discussing how the West could respond to Moscow’s unacceptable steps, and almost all of them came to the same conclusion: in general, nothing.

Serious economic sanctions against such a prominent country are too double-edged, and it is too difficult to resort to them from the point of view of the internal politics of Western countries. But the markets did not believe such a conclusion, and little by little they crumbled: why should journalists write there, but it’s alarming that America itself will announce sanctions. And now announced. Visa and economic sanctions against seven Russian officials. A similar decision was made by Brussels.

The mountain did not even give birth to a mouse, but to some absolutely “unknown” animal. So, in the number of persons who are denied entry to the States and to the EU, was the deputy Mizulina. Mrs. Mizulina can even adore, even hate - one can not understand that to the Crimean stories she has a vanishingly small relationship.

Now you can no longer foresee, and state that the current, second phase of the US-European sanctions did not bring Russia into serious trouble. Yes, and those measures of the "third" level, which continue to be discussed in the West, do not look dangerous. For example, French Foreign Minister Fabius on Tuesday admitted the possibility of canceling agreements with Russia on Mistral-type helicopter carriers. But, first of all, he linked this possibility to the extremely unlikely arrest in Britain of the accounts of Russian oligarchs: that if the British, then we too. Secondly, experts believe that the Mistral deal from the very beginning (from the Russian side) was dictated by purely political considerations, and if the French had thought of canceling it themselves, we should have crossed ourselves with both hands. Just do not cancel because ...

From the fact that the sanctions already declared or discussed out loud do not look dangerous, you should not make hasty conclusions. There are slow and inconspicuous actions that can have a tangible impact on our economy. There would be some consolation to find in the fact that such actions would not be new. So, Brussels can - and almost certainly will try - complicate work on the South Stream gas pipeline. This is true, but it is also true that, prior to the onset of the current crisis, the negotiations on South Stream were not an easy walk.

Or, say, European countries can - and almost certainly will - strive to diversify energy supplies, to reduce the share of gas and oil received from Russia. This is true, but it is not new. The first branch of the Nord Stream, put into operation two years ago, has a capacity - 27 billion cubic meters of gas per year, but still pumps no more than 12 - and certainly not because Russia does not want to give more gas.

Or again: experts point to the possibility of tightening unwritten restrictions on the delivery of the latest Western technologies to Russia - alas, such a course of events is quite likely, but even here it will not be about introducing, but about tightening restrictions. For a quarter of a century after the Cold War, these restrictions did not stop for a day.

In any case, no sanctions are now the main problem of the Russian economy. The foreign policy crisis has already had its effect: it has increased the overall level of uncertainty in the Russian economy. And this is despite the fact that the state of our economy is now far from holiday. Statistics records the collapse of private investment, a decline in consumer activity, a sharp decline in lending activity by banks, and accelerated capital flight. Under these conditions, clarity and timeliness of decisions of the authorities becomes the most urgent requirement. While not everything turns out here. For example, the recent rise by the Bank of Russia of interest rates did not give the planned result - it did not stop the pressure on the ruble, but it did not bring about a side effect: a sharp slowdown in lending and investment. It seems that the crisis requires less standard and clearer moves. Good luck to you.

Ctrl Enter
Noticed oshЫbku Highlight text and press. Ctrl + Enter
We are
A great interview with Sergey Lavrov: about Ukraine, Obama and IranWhat you didn't want to know about England
Military Reviewin Yandex News
Military Reviewin Google News
175 comments
Information
Dear reader, to leave comments on the publication, you must sign in.