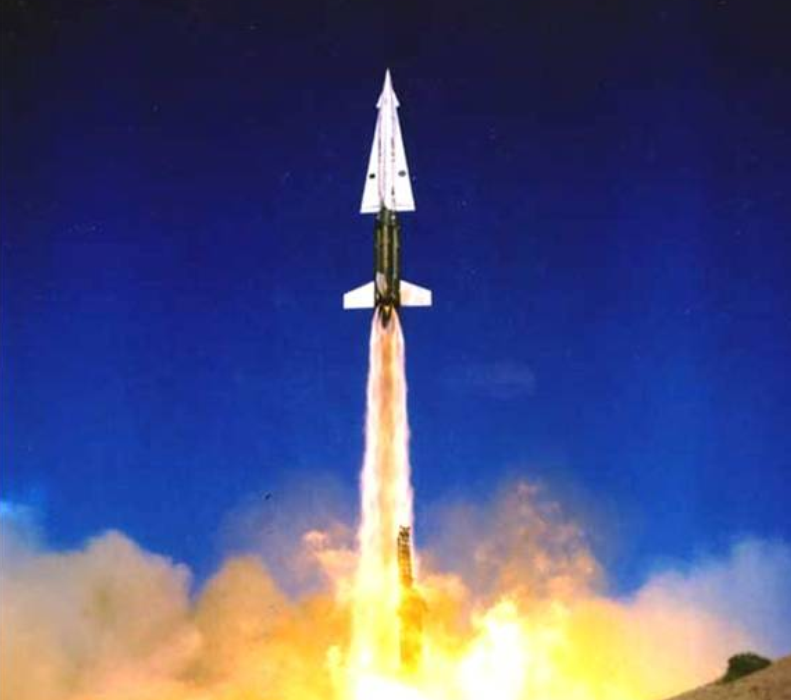 The creation of the Nike-Hercules anti-aircraft missile system MIM-14 began in 1953. At this time, the deployment of the Nike-Ajax MIM-3 air defense system was just beginning, but the US military, acting proactively and foreseeing the creation of supersonic long-range bombers in the USSR, wanted to get a rocket with a large radius and a large ceiling. At the same time, the rocket had to fully utilize the existing and planned for the deployment of the Nike system infrastructure. 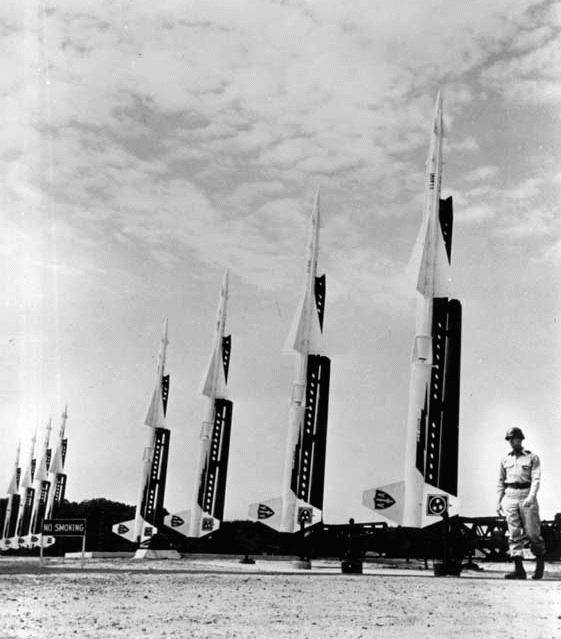 As it turned out later, this decision was fully justified. The previously adopted stationary Nike Ajax MIM-3 air defense system had a number of drawbacks. These air defense missile systems were intended as object air defense weapons for the protection of large cities and strategic military bases. In terms of their ability to intercept air targets, the Nike Ajax missiles (range about 48 km, altitude up to 21 km, at target speeds up to 2,3 M) approximately corresponded to the characteristics of the much more popular Soviet air defense system C-75, which initially had the ability to change positions.

A unique feature of the Nike-Ajax anti-aircraft missile was the presence of three high-explosive fragmentation warheads. The first, weighing 5,44 kg, was placed in the nasal section, the second - 81,2 kg - in the middle, and the third - 55,3 kg - in the tail. It was assumed that this rather controversial technical solution would increase the probability of hitting the target, due to a longer cloud of fragments.

Major problems were caused by the operation and maintenance of the Nike-Ajax “liquid” missiles due to the use of explosive and toxic fuel and oxidizer components. This led to the acceleration of work on the "solid fuel" rocket and was one of the reasons for the decommissioning of the Nike-Ajax air defense system in the middle of the 60-s.

Created by order of the CIM-10 US Air Force air defense missile system, the Bomark had an exorbitant cost and required to place the creation of special bases with a developed infrastructure. 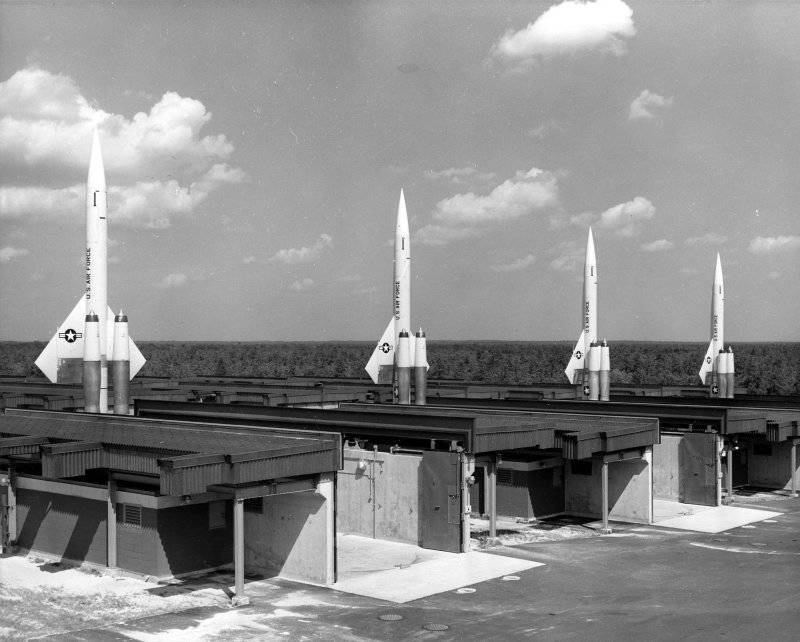 With a huge interception range (up to 800 km at almost 3,2 M speed), the Bomark air defense missile system was, in fact, one-time unmanned interceptors equipped with a nuclear warhead.
The mass adoption of intercontinental ballistic missiles in the USSR, the difficulties and high cost of operation, as well as doubts about the effectiveness, led to the removal of the Bomark system from armament at the end of the 60s.

In 1958, the Nike-Ajax system in the United States was replaced by the Nike-Hercules complex. A big step forward with respect to Nike-Ajax was the successful development for a short time of solid-propellant missiles with high performance. 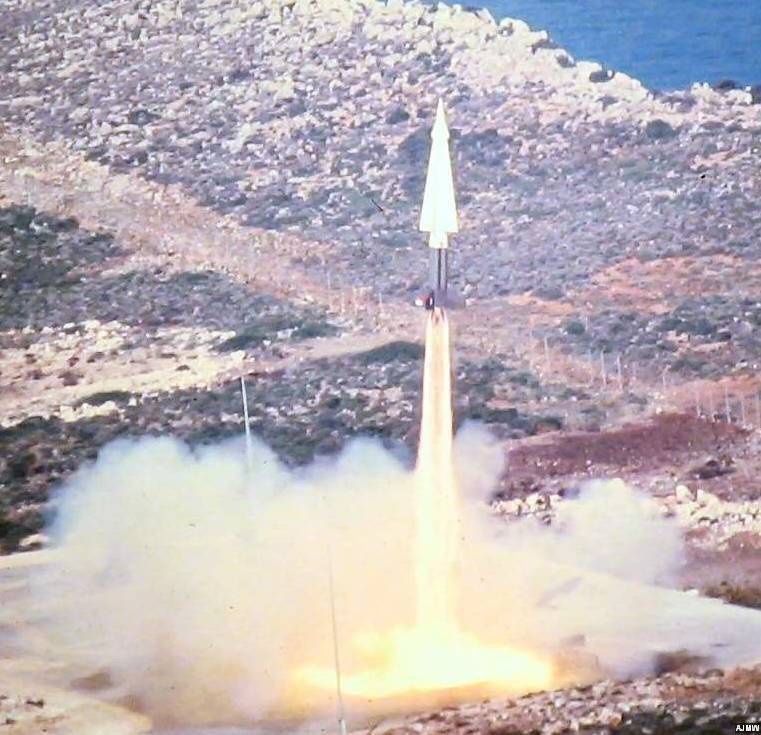 Later, the complex was upgraded, which allowed it to be applied to the air defense of military units (by imparting mobility to military means). As well as for missile defense from tactical ballistic missiles with flight speeds up to 1000 m / s (mainly due to the use of more powerful radar). 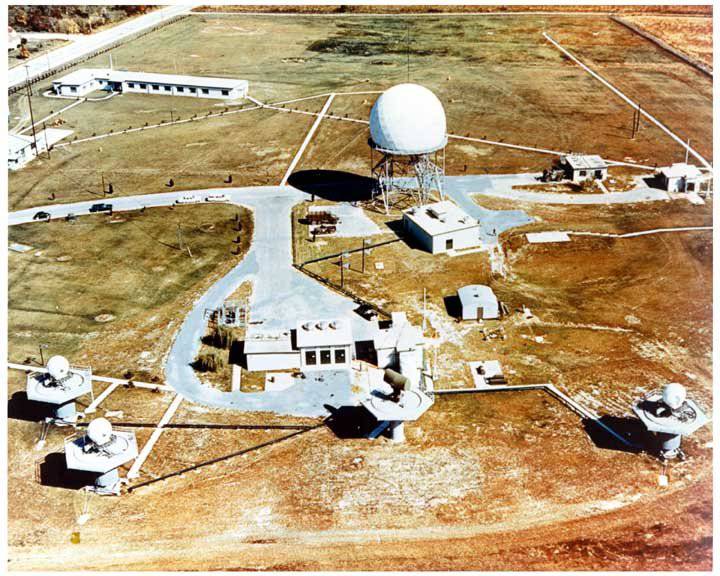 With stationary placement, the Nike-Hercules complexes were combined into batteries and divisions. The battery had in its composition all the combat means of the air defense missile system and two launch pads, each of which has four launchers with anti-aircraft systems. The batteries are usually placed around the object being protected, usually in conjunction with the Hawk air defense system, at a distance of 50-60 km from its center. Each division includes six batteries. 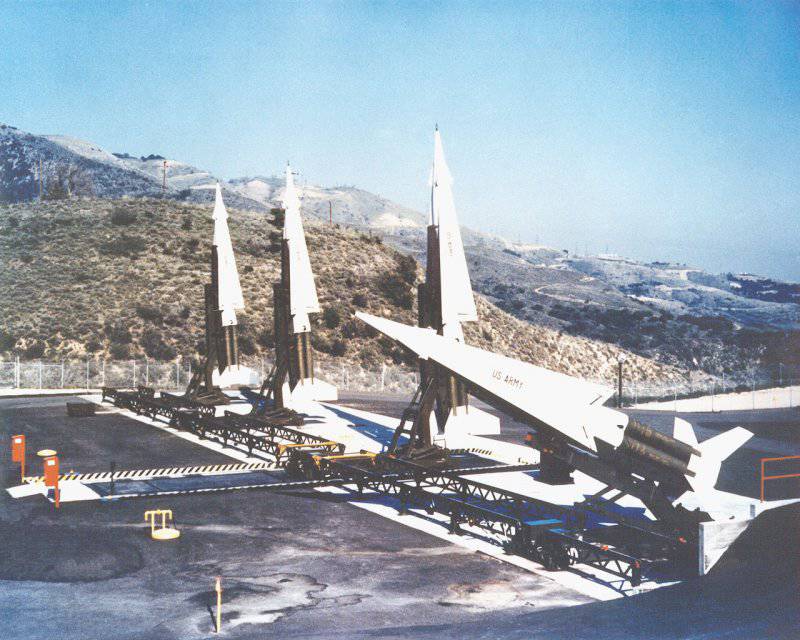 As it was deployed, the system was subjected to a number of modifications. Modernization under the designation Improved Hercules (“Improved Hercules”) included the installation of a new detection radar, and the modernization of target tracking radars, which gave them increased immunity to interference and the ability to track high-speed targets. Additionally, a radar was installed, which carried out a constant determination of the distance to the target and issued additional corrections for the calculating device.

The miniaturization of atomic charges made it possible to equip the missile with a nuclear warhead. As such, a W-61 warhead, ranging in power from 2 to 40 kilotons, was commonly used. Detonation of the warhead in the air could destroy the aircraft within a radius of several hundred meters from the epicenter, which made it possible to effectively hit even relatively complex, small-sized targets like supersonic cruise missiles.
Potentially, Nike-Hercules could intercept single warheads of ballistic missiles, which made it the first complex that had anti-missile capabilities. 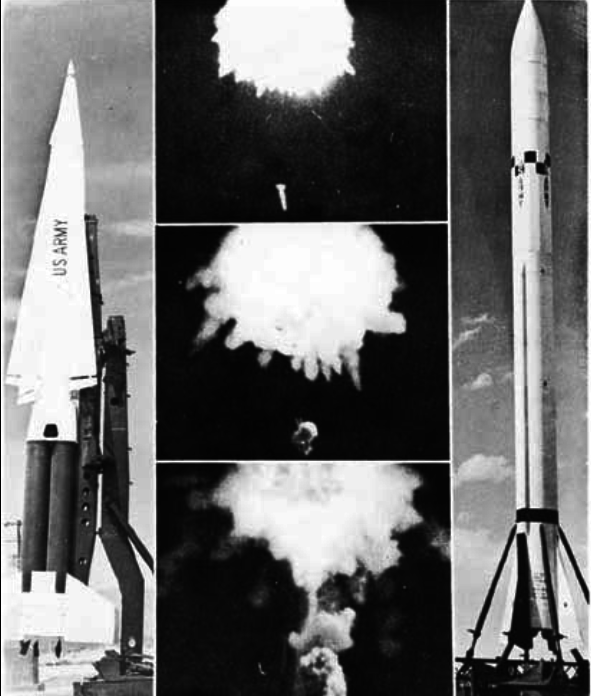 In 1960, the Improved Hercules system carried out the first successful interception of a ballistic missile, the MGM-5 Corporal, using a nuclear warhead.
There was also the possibility of firing ground targets, according to previously known coordinates. 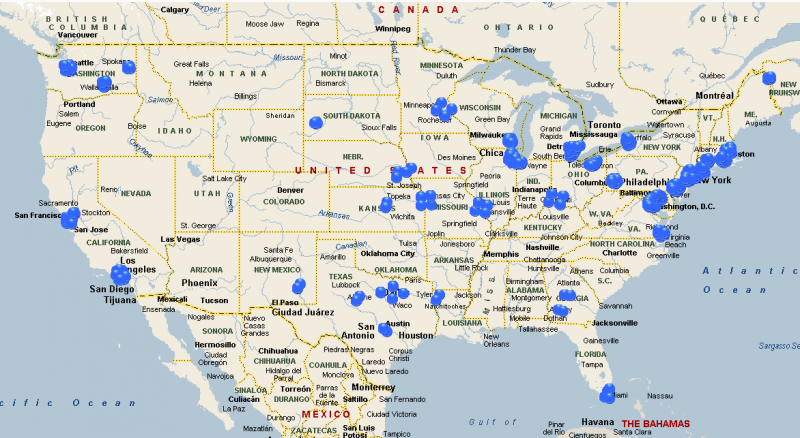 Position Map of Nike in the USA 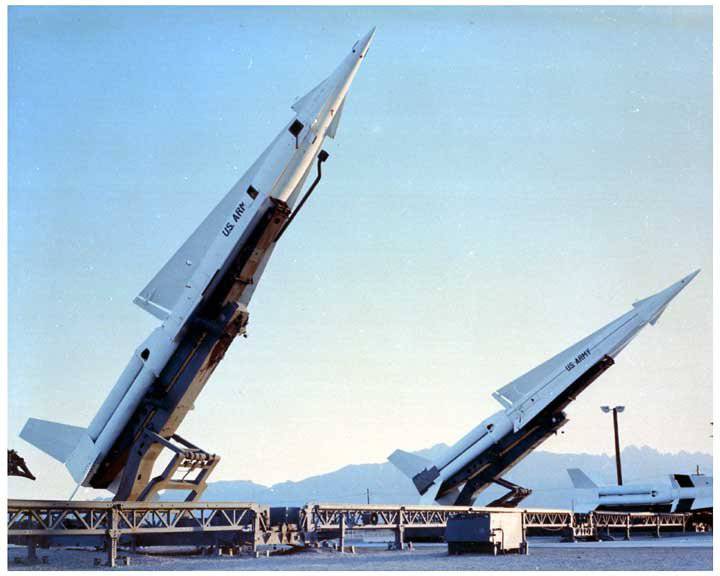 In the US, the air defense system was produced before the 1965 year, they were in service in the 11 countries of Europe and Asia. In Japan, licensed production was organized. 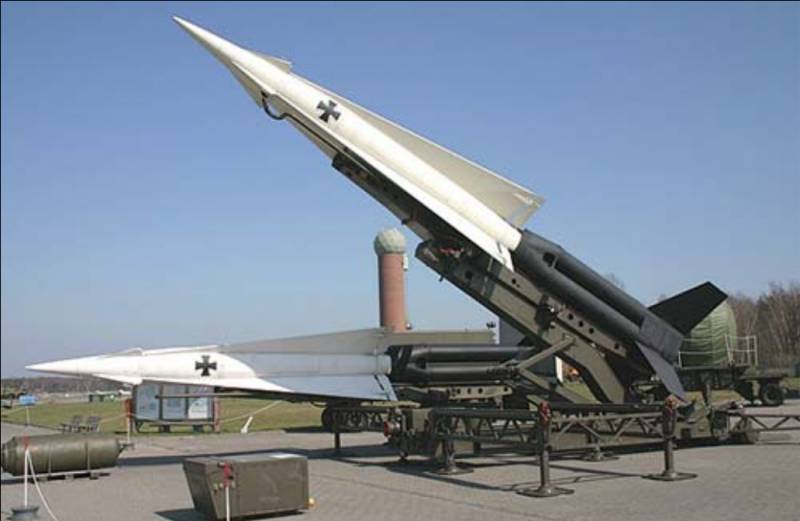 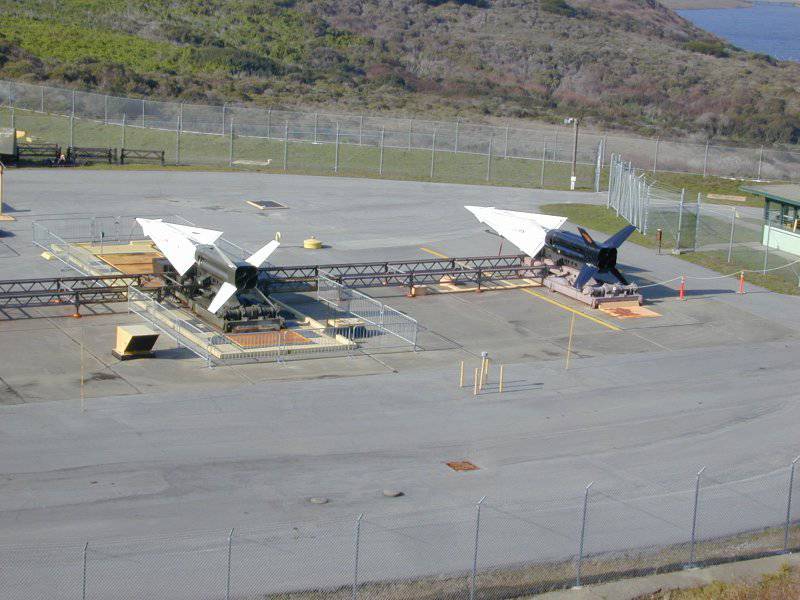 In Europe, the complexes of this type were used to cover the US bases until the end of the 80-s, later they were replaced by the MIM-104 Patriot air defense system.

A number of incidents are linked to the Nike-Hercules missiles.
The first of these occurred on 14 on April 1955 of the year at a position in Fort George, Mead, when for some reason an unintended launch of the rocket occurred. It was there that at that time was the headquarters of the US National Security Agency. During the incident, no one was hurt.

A second similar incident occurred in Okinawa, at a position near the Naho airbase, in July 1959. There is information that a nuclear warhead was installed on the rocket at that moment.
The rocket launched, being on the launcher in a horizontal position, killing two and seriously wounding one soldier. Having broken the fence, the rocket flew over the beach outside the base, and fell into the sea off the coast.

December 5 1998 in South Korea, from a position in the Incheon area, another rocket accidentally launched and then exploded at a low altitude over a residential area in the western part of the city of Incheon, injuring several people and causing significant damage. 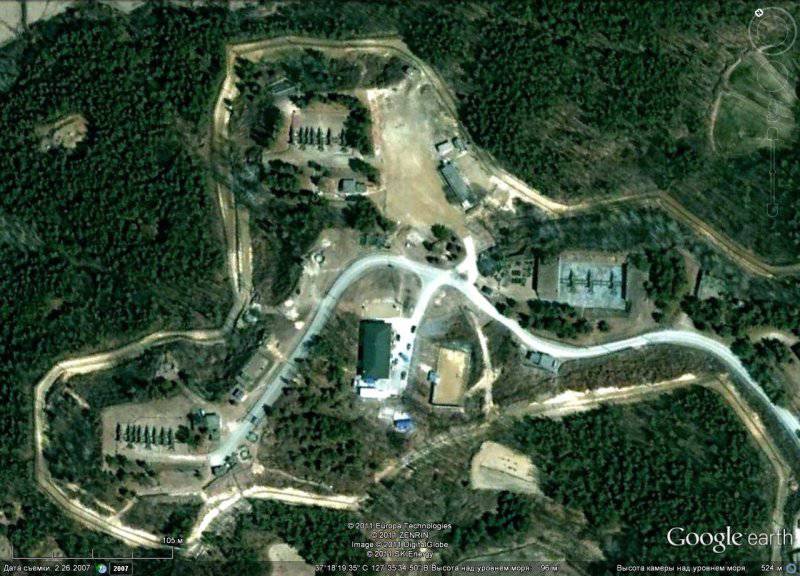 The longest Nike-Hercules MIM-14 SAMs were used in Italy, Turkey and the Republic of Korea. The latest launch of the Nike-Hercules rocket took place in Italy on November 24 2006 of the year, in the Sardinia region of Capo San Lorenzo. Currently, all the complexes of this type are removed from combat duty. 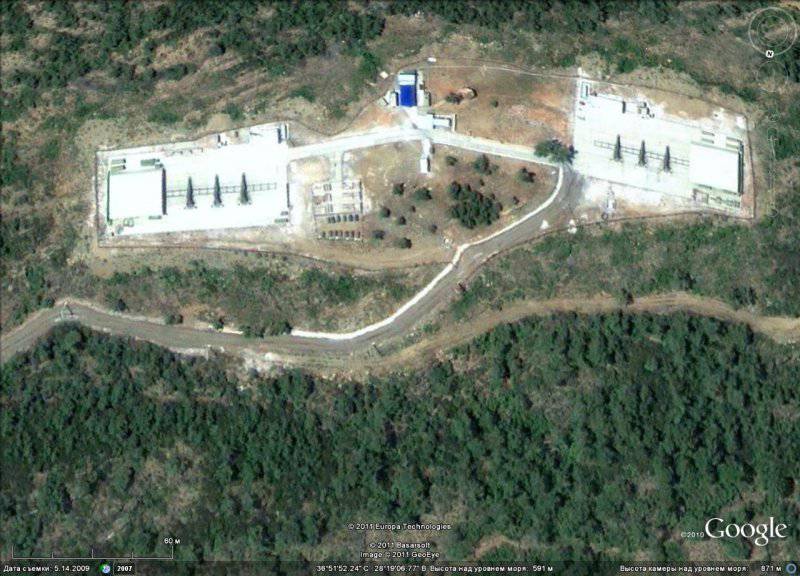 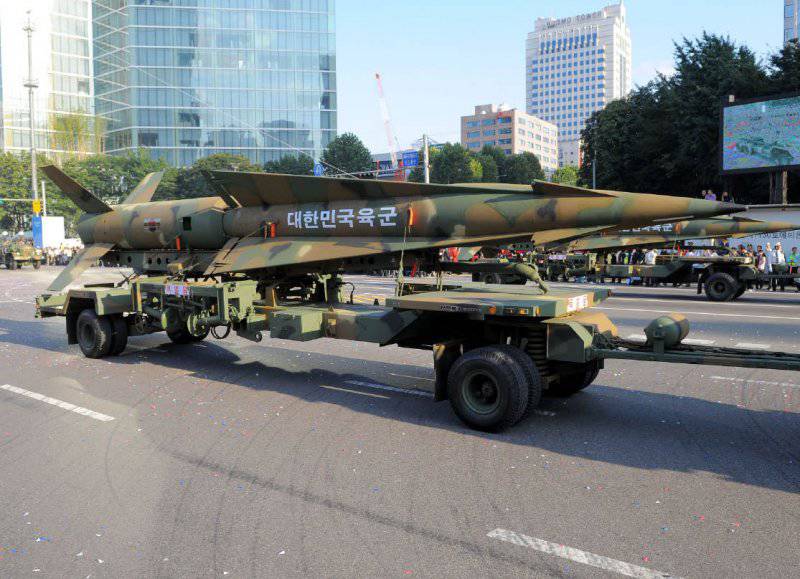 An improved version of this ballistic missile is capable of hitting targets 500-kg with a warhead at a distance over 180 km.

In general, assessing the Nike-Hercules MIM-14 air defense system, it must be admitted that it was the most perfect and effective long-range air defense system of the C-200 before the advent of the Soviet air defense system. In the latest versions of the Nike-Hercules missiles, the firing range was able to reach 180 km, which is a very good indicator for a solid-fuel rocket in the 60-s. At the same time, firing at long distances could be effective only with the use of a nuclear warhead, since the radio command guidance system gave a large error (the semi-active GOS was used on Soviet C-200 SAM systems). Also, the capabilities of the complex to defeat low-flying targets were insufficient. At the same time, the complex retained the same major drawback as its predecessor, the NIMXNXX Nike-Ajax, an extremely low mobility due to the need for a well-prepared position.