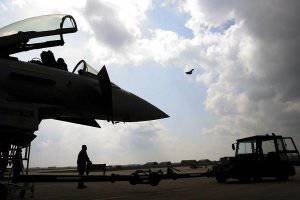 Today is peace, tomorrow is war: this is the life of a combat pilot. And, because the Operation "Odyssey Dawn" (the efforts of the US and NATO to deprive Muammar Gaddafi of the ability to crush the uprising in Libya) is still vested exclusively in Aviation, American aviators again at the forefront stories. PM ("Popular Mechanics") talked with the American F-15E Strike Eagle and A-10 Thunderbolt II pilots ("Warthog") to look at the unfolding hostilities from their point of view.

Pilots show a keen interest in international relations, especially at the Lakenheath base of the British Air Force, where the 48 squadron of fighters is stationed. Two types of multipurpose F-15 work from an air base, weekly joint training sessions are conducted with NATO partners to perfect the implementation of flight missions and the launch of high-precision weapons air-to-ground class. "We are providing air support for the exercises and the Air Force and NATO," says the 27-year-old F-15E pilot, callsign Slam. “It almost doubles our workload. But when such things as this war“ pop up ”unexpectedly, we are trained to deal with them.”

(The Air Force asked Popular Mechanics to use only the call signs of pilots to prevent harassing phone calls or any danger to themselves and their families. We accepted this proposal: Gaddafi is known to use terrorists and hired killers in order to reach foreign goals.) 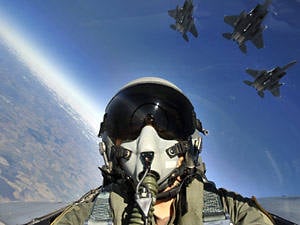 The pilot photographed himself and the F-15E Strike Eagles fighter from the 492 Squadron above the base of the British Air Force Lakenheath, England. US Air Force photo / Master Sgt. Lance cheung

The first sure sign of impending violence came when the UN approved the creation of a no-fly zone and a protective cordon for Libyan civilians and anti-Gadhafist insurgents. "We immediately pricked our ears when the UN Security Council resolution was adopted," says Slam. "It happened really fast ... less than a week, so we were probably warned not earlier than maybe you. But we are prepared for such situations."

For Slam and his partner, an armament officer with the callsign Axel, the next stop was in the briefing room in England. "We had to be ready to carry out the tasks for which we are intended. Informational briefings were conducted by secret services, and the command detailed the strategy for dealing with air defense, organizing a no-fly zone and protecting civilians. After this, our unit was redeployed and deployed to Aviano [ in Italy.] "

The pace of operations is governed by mandatory cycles of rest (sleep). "The crew is going to rest approximately 12 hours before departure," says Slam. "Only after a rest do we receive information about what task we will perform on this day."

By the time the crew is ready to hear the details of the mission (this is called the “pre-flight briefing”), the command has often chosen certain targets. The pilots were instructed not to discuss specific missions and missions, but officials say that American aircraft struck radars, anti-aircraft missiles, airfields and ground forces. “At the pre-flight briefing, we will know more specifically what goals we are working on that day,” says Axel. "After that, we take off and perform the mission. We attacked a variety of targets in order to protect the civilian population and ensure the no-fly zone."

In addition to striking planned targets, the rules allow pilots to attack targets that take aggressive action against American aircraft or Libyans on the ground. "We strike both on both, and it cannot be said that it is more on one goal than on another," says Slam.

As the continuing rocket and air strikes destroyed the Libyan air defenses, other types of aircraft take action. Last weekend, the A-10 Thunderbolt II arrived to add power to strikes on Gaddafi’s armored vehicles and pick-up trucks and trucks transporting troops. The time has come for the 30-year-old pilot, call sign - Cab, to step on the “war path”. 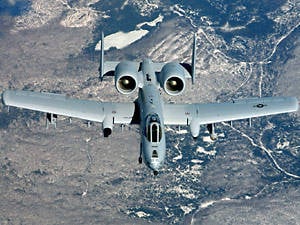 The cab serves the 81 Fighter Squadron, based at Spangdahlem air base in Germany, but redeployed to Aviano to participate in Operation Odyssey Dawn. "We arrived after the first wave," he says. "The unit has only recently returned from Afghanistan, so that we are still partly on a combat platoon. We were told where to go, and we were there in a couple of days."

Cab's recent combat experience was complemented by joint exercises that the 81 Squadron conducted with pilots of NATO allies, including the Dutch and the French. who fly over Libya now. "Almost everything that we do, we do keeping NATO in mind. And cooperation with the International Forces in Afghanistan is almost NATO, right? We, with these guys, are doing a good, right thing. I flew [on combat missions] with some of those guys who were in Afghanistan. And it was quite clear who is in command, who controls. So far, A-10 are involved, we are used to this in Afghanistan. "

The A-10 is an ugly plane, beloved by the US and NATO troops and infantry for its ability to fly at low altitudes and hit enemies with aimed fire of a 30-mm aircraft gun. It was designed to fight the Soviet tanks, but in recent years, the aircraft remains a valuable tool for providing direct fire support from the air.

Direct air support for the battlefield is a delicate subject during Operation Odyssey Dawn. It is always better to have a Joint Tactical Air Controller (JTAC) on the ground to direct bombs and gunfire. But in Libya, where the UN mandate does not provide support for opposition fighters to expel Gaddafi, there is no recognized coordination of air strikes between rebels and NATO, although such an official position ignores (as reported by The New York Times) the secret teams of British special forces or operators CIA who can direct air strikes. What we really know is that the entire network of observation aircraft transmits the location of ground targets to pilots who, using sensors capable of “seeing” through clouds and smoke, day and night, can strike at them. Under such conditions, it is easy to strike an accurate blow in the open desert; in urban areas it is much more difficult to do.

Understandably, and quite rightly, Cab doesn't want to share information that could compromise him, his comrades, or his mission. When we asked if modern display systems used on A-10 and other aircraft could identify targets as much as possible without the help of trained ground staff, he said: “No target detection system will replace the fire spotter (JTAC). But we did The First Gulf War - the machines worked there without the JTAC on the ground. I can’t say anything more. "

No pilot, even a single-seater military aircraft such as the A-10, can fly by itself. Hundreds of people, the staff of the air base in Aviano, makes these flights possible - gunsmiths, air traffic controllers, crews of escort aircraft and flying tankers. “Pilots are kind of like substitute players,” Cab says. “At the base where we are deployed, there are a couple of hundred people who work for us. The plane I fly is the same age as myself, so I must mention our techniques that work well and fast.”