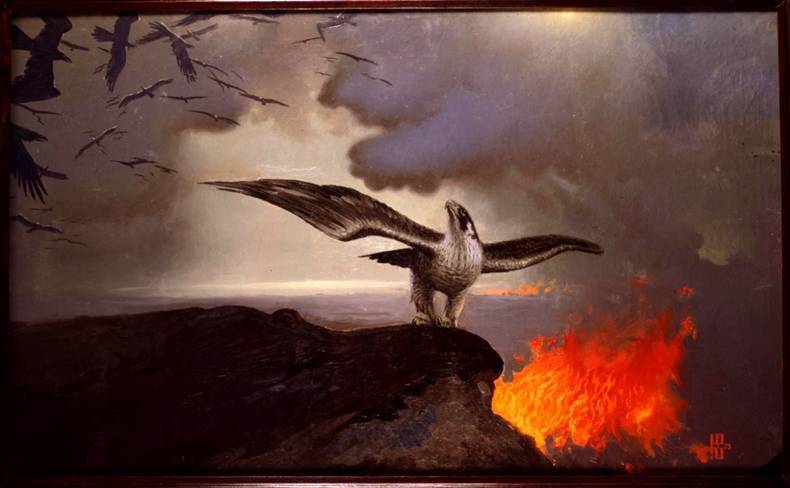 The coup d'état in Ukraine, accomplished by the United States ... Accelerated formation of the "Ukrainian Reich", the bow of neo-Nazis and criminal oligarchs ... Popular unrest in Kharkov, Donetsk and Lugansk ... Reunification of the Crimea with Russia ... Rhetoric in the spirit of the Cold War from the West ... Sudden decision of Washington to strengthen its military presence in Europe and build up the potential for tactical nuclear weapons... All this speaks of one thing - we are again on the verge of a big war.


“Ukrainian Revolution” was a kind of last straw that filled the Russian patience. The West has long filled this "bowl." When destroyed Serbia, and when NATO came close to the borders of Russia. When they began to create a global missile defense system directed against Russia (and partially against China). When Brussels and Washington turned into their servants of our former allies and the territories seized from Russia, in particular, the Baltic states.

The West has created two zones of chaos - in Afghanistan and Iraq. Then he launched the Arab unrest, creating a serious threat to us in the Caucasian and Central Asian directions. Now the enemy is almost openly hosting in the territory of Russian civilization, the land, which was one of the ancestral homelands of the super ethnic group. The enemy is in Kiev. Moreover, power is now in the hands of frank Western puppets, gauleiters, who must mobilize part of the super-ethnos Rus to fight with another part - the “imperial” one. The West is trying to pit two parts of a single super-ethnos Rus.

New started historical era. Events acquire a special logic. The logic of war. It should be noted that Moscow does not blame (or merit) this. Our authorities retreated to the last. They made all the concessions that could be made. The masters of the West themselves went to aggravation. Tore off the check. If Moscow continued the “policy of non-interference”, it, as Vladimir Putin admitted in his last message, would simply betray the people. And this is fraught with a sharp increase in the possibility of a social explosion already in the Russian Federation itself.

In principle, this situation is useful to the Russian people and civilization as a whole. In relatively peacetime, we lose to the enemy, because we play by his rules. And in this Big Game, all the cards are marked. The global crisis is not only evil, but also the hope of healing. Obviously, the Russian civilization is sick. The collapse of the USSR and the attempt to integrate into the world capitalist system (in fact, it is a non-slave system), when Russia constantly ceded to the West and violated its national interests to please it, the most obvious signs of this disease. However, compared to the West, we are still a healthy society. Suffice it to recall that the open worship of evil (Satanism) is the current reality of Western society. And the legalization of drug trafficking, pedophilia and cannibalism is already on the horizon.

The global crisis and confrontation with the West give us hope for recovery. In turn, the restoration of "Great Russia" is the hope for the recovery of all mankind. Superethnos Rusov is the carrier of the program (code), which keeps the planet from complete brutality and degradation. The wraith is gradually disappearing, and we see that the world has not changed at all for many millennia. Everything is determined by will and strength. Such concepts as "human rights", "tolerance", "political correctness" and "pacifism" are invented to weaken us. Deprive the will to resist.

It is necessary to clearly understand the fact that those metastasis of capitalism that blew up Ukraine (it’s pointless to deny the objective prerequisites of the “Ukrainian revolution” in the form of total corruption and theft) are present in Russia. The capitalist system in the Russian Federation is equally unfair and led to the creation of the world of “successful” and “losers” (the majority of the population were among the latter). Just the Russian Federation is much more than Little Russia (Ukraine), it has much more resources and opportunities. Therefore, when we look at Ukraine, we always see Russia. Only those horrors and injustices that we see in Ukraine are more pronounced. Therefore, Ukraine and exploded so easily and quickly.

It is clear that we have neither Neanderders, nor European and American envoys operating in Moscow, the security services work much better, the armed forces, despite all the efforts of the Serdyukov team, have retained their combat capability, and even began their rearmament. But we have everything else - corruption, dubious “elite”, a significant part of which is made up of liberals (especially their concentration is visible in the sphere of finance, economics and education), predatory oligarchs, the domination of values ​​of the “golden calf”, rapidly degrading education and science, and so on. Mono-economy, when a significant national economy is turned into a "pipe", through which raw materials are pumped to the West and East. Hidden and explicit "fifth column" that permeates the whole society. It is especially noticeable among the so-called. creative intelligentsia, which forms the cultural field of the country. Famous people do not hide their hatred for "this" country. The situation with young people is also difficult, her idols are degenerates like Lady Gaga.

This and much more unites us with Ukraine. Sores and ulcers - the same. True, we are lucky that we live, though in a circumcised, battered, but still civilization. The current Russian Federation is the core of the Russian civilization (the Russian world).

But the main problem in the conditions of confrontation with the West is the lack of a patriotic elite. Russians are one of the most fair and merciful nations on the planet. But the Russians show their best qualities precisely in the conditions of war. However, the problem is that we do not have a reliable rear. It is difficult to be in the same trench with Prokhorov, Abramovich, Gorbachev and Medvedev. Full faith and unity in such conditions can not be. “Ukrainian revolution” and confrontation with the West should be a serious prerequisite for the elimination of the “fifth column” in Russia and the transition to socialist lines.

The attack on the external "fronts" should go along with the process of restoring order at home. Liberal forces continue the subversive work of “de-Sovietization”, “de-Stalinization” and “de-Russification” of Russia, trying to turn the Russians into a kind of Europeans. When, at the moment of the historical reunification of Russia and the Crimea, a rally is being held in Moscow against the policy of the Russian authorities in Ukraine, this indicates that Russian liberals support neo-Nazis. This is not surprising, as Russian liberals almost always oppose Russia's national interests.

When the country is in a paramilitary state, it is impossible to allow propaganda in favor of the enemy. This is the "fifth column" that works for the enemy. Some liberals organize protest actions, forming images of “popular protest” and “brutal suppression of it by the authorities.” Then these images replicate in the West, showing a "monstrous totalitarian empire," which suppresses its own people and seizes foreign territories.

Other liberals do not go on the square, they are not satisfied with the protests. They occupy high positions in the state and continue the neoliberal course in the field of economics, finance, education and culture. They are trying to complete the privatization of the country and destroy the foundations of education.

Liberals working in the intellectual and analytical sphere continue to talk about the “inevitability” of rapprochement with the West and the validity of a “market economy”. Liberal publicists and writers continue to write a false history of Russia, introducing negative myths about the Soviet Union and the Russian Empire into people's minds. Moreover, they have for this all the capabilities of the media. Often they control various academies, institutes and universities, having the opportunity to falsify every episode of our history, including its latest period. The most dangerous thing is that they have the opportunity to form historical representations among young people.

Currently, obvious liberals, who openly oppose national politics and slander our history, have been rejected by Russian society at a high level. They could not go to parliament. Their parties and movements are on the sidelines of social and political life. Their most rabid representatives are recognized as non-handshaking. But they continue to dominate on TV screens and in the press, in research centers and universities, in government offices and informal elite clubs. Constitute the influential part of the expert community. Together, they constitute a factor of powerful clan influence on the course of Moscow.

They are a stratum that pretends to be the intellectual elite of Russian society, which has the right to express the opinion of the whole people. They distort the opinion of the people and hinder the development of the country. Liberals impose their flawed views on the economy, politics, culture and history on the people. Therefore, in the conditions of confrontation with the West, information cleansing of this environment is necessary.

We must not forget that in Russia there are other groups of the "fifth column". This is the Wahhabi underground, which nestled in almost all regions of Russia. This is a predatory oligarchy. Her incorrigibility was well demonstrated by Khodorkovsky in Kiev. How many wolves do not feed, still looking into the forest. There are also separatist tendencies in Russia.

As the situation on the world stage aggravates, all these groups will become more active and will try to stab in the back. The West will interact with any allies to realize its interests, using double standards. At home, Washington will suppress any separatist and Islamist movements. In Russia, they will support any forces that stand up for the collapse of the “empire” - Islamists, terrorists, radical nationalists, neoliberals, oligarchs and representatives of the criminal world.

Therefore, we must understand that the annexation of the Crimea is only a victory in the first battle. Long-awaited victory after a long retreat. The standoff in Ukraine, which has become a battlefield, will drag on for a long time. The first holiday euphoria will end soon. There will be more difficulties. Soon we will face similar processes in the Central Asian republics. And in this fight we have no right to lose. Planck is the highest - victory or death! The West is preparing for war with Russia and will use every opportunity to destroy it from the inside. Therefore, a calm and reliable rear is vital.

Ctrl Enter
Noticed oshЫbku Highlight text and press. Ctrl + Enter
We are
The Mountain of Donbass and the Neo-Nazi gloatingIron call
Military Reviewin Yandex News
Military Reviewin Google News
166 comments
Information
Dear reader, to leave comments on the publication, you must sign in.