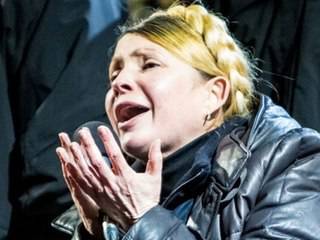 Tortured to answer questions: and the war with Russia will be? if you call, then you have to go? and who will call? Massive zombies and brainwashing, which gave temporary treatment, led to the fact that even normal people specifically goes to the roof. This is best illustrated by the example of some “journalists” who served in the SA, and then flamed up with an unearthly passion for the Maidan. They write there about the instructions on the shooting case, which their friends, who are also racially correct, read before going to bed, about “disturbing suitcases” gathered in case of war. Read this nonsense: hug and cry.


Oh, you courageous defenders of the "Fatherland" in the person of Turchinov, Yatsenyuk and the same Parubiya! Ready to go to battle immediately, because Vaughn is in danger. I want to reassure everyone right away: there will be no war. Taruta (as if the governor of Donetsk) recently reported that he and his brother had been digging a trench all weekend. Four meters wide, two - deep. Or vice versa. Dug. Now Russian armada tanks turned into a pile of useless iron. Well they will break, and there is a trench. And with the shit that the builders managed to pile. The only free path is along the road. But! There is a traffic cop with a striped stick, so a complete bummer. In general, the borders of our homeland are fully protected. The only remaining problem is airplanes. There is an exit. It is necessary to pull a net between the posts, and not a single enemy machine will slip through. Then pour dog food to attract the raven. Everyone knows that a crow, having got into a jet engine, carries it to a dick. Therefore, there will be no war.

Now we will deal with "partial mobilization" and "martial law". Remember, children: partial mobilization, as well as partial pregnancy, does not happen. And then, she (mobilization) was, but no one came, because everyone was engaged in increasing combat readiness, but there was no diesel, bitch. But! There is a way out: send SMS to a short number and help the army fill up the tank stuck in the 5 box. Again, there are patrons who are ready for modest preferences in the future to supply the Ukrainian army with solarium and personal hygiene items. The main question is: why did the TUA regime (Turchinov-Yatsenyuk) need mobilization? Certainly not for a war with Russia, because even they understand that the people's militia, untrained, but racially correct, can only depict a touching TV picture for reporting on the atrocities of the Russian army. By signing a mobilization decree, the temporary TUA regime pursued two main objectives.

First: somehow build a squad of "self-defense", "Right Sector", warriors of Narnia, hobbits and goblins, currently engaged in robbery and banditry, in two lines and send them to hell. The authorities cannot do anything with them. But he suspects that one fine day a crowd of non-Kievites will gather on the Independence Square, which will send them all to the dick. The authorities cannot arrest the “heroes”, since they all enjoy “revolutionary immunity”.

And every day the “hundreds” who have shed their blood and Molotov cocktails for freedom and democracy are becoming more and more. They still occupy the buildings of the city hall, the philharmonic society, the Main Post Office and the Ukrainian House.

They want a "revolution" in its pure form, with executions from the burnt down House of Trade Unions, public executions of the enemies of Ukraine and the distribution of trophies. Every racially correct hero must receive an apartment, retirement, the right to carry a machine gun at any time of day and a lifetime license to shoot all the enemies of the nation. You, probably, have paid attention, that on the Independence three points of the psychological help now work already. This is not by chance, since people in the center of Kiev today are, to put it mildly, with an inadequate psyche. It is this factor that most of all strains the temporary power, which has already faced an evil wave of rejection. Counterrevolution is brewing, as the new government did not justify the “Nadia Maidan.” The militants proclaimed themselves an independent force capable of taking power into Kiev, in order to finally build a state for the highest race. Therefore, we need a war with Russia to switch attention. Understandably, no one is going to fight, but the militants will have an object to which they can switch attention. Under the chip of partial mobilization, an attempt is made to recount them all, send them to military training camps and walk in the ranks.

The second goal: scare the southeast upcoming punitive operation using the "Nazi Guard". Mobilized detachments of NG, brought to the recalcitrant regions, are capable, according to the plan of the TUA regime, to suppress mass popular demonstrations. On the inevitable "excesses on the ground" - torture, humiliation, murder on ethnic grounds - the temporary authority closes its eyes in advance.

In other words, the regime using mobilization is trying to solve its main problems. They have no time, because on the one hand the EU is pressing, demanding to remove armed formations from the streets, which somehow do not correspond to “European standards”. On the other hand, the hysteria Julia Vladimirovna, who is, as always, in the hospital. She clearly set before Turchinov and Avakov the task: to clean the Maidan from debris and prepare the ground for her return as a peacemaker. The disposition should be as follows - mobilized "Nazis" penetrate the SE in the guise of an "army" restraining the aggressor. In fact, they are engaged in terrorism among civilians. Those groups that refuse to voluntarily add up weapon, disappear in an unknown direction. The inevitable closeness of the war is simulated, everything is hysterical, the country is not sleeping, drinking validol and watching TV. Julia appears on the TV and, mowing her right eye (the result of an unsuccessful plastic surgery), in a quiet voice, designed to communicate with idiots and mentally retarded people, announces a plan for a peaceful settlement of the situation. Russian will be the second state, the regions are given more rights, negotiations with Russia on the Crimea will continue. We must elect her president, and then she will unite the whole country in an hour. Since Alexander V. failed to cope with the management, she assumes the authority of the temporary prime minister, and Yatsenyuk goes to the forest, to engage in the establishment of external relations. And they can also fuck him, it absolutely does not bother anyone.

It is clear that this plan will not work, because the number of morons who believe Tymoshenko has dropped to a critically low level. This is the first moment. The second point: the presidential election to hold 25 in May, simultaneously with the elections to the European Parliament, is no longer possible. Yulia Vladimirovna so far refuses to believe in it, since she is sitting on strong painkillers. They have to constantly take nasal, that is, nose for better effect. Tymoshenko is also forced to rub pills into the gums and even lick a plastic card, with the help of which the dosage of drugs is carried out on two relatively flat tracks. Such is the disposition as of March 18.

Ctrl Enter
Noticed oshЫbku Highlight text and press. Ctrl + Enter
We are
About Stalin and KhrushchevWhat you didn't want to know about England
Military Reviewin Yandex News
Military Reviewin Google News
106 comments
Information
Dear reader, to leave comments on the publication, you must sign in.