Future plans for the development of the Japanese Air Force

March 19 2014
7
Due to the fact that Japan considers the situation in its surrounding region "tense", there are plans to strengthen its capabilities in the field of reconnaissance, command and control, which will make it possible to react to the attacks of remote islands, strengthen the missile defense system and the ability to conduct combined operations.


The development of a mid-term defense plan (Mid-Term Defense Plan, MTDP) was largely influenced by recent tensions with the PRC. Since 2010, they have deteriorated significantly, mainly due to Chinese claims on the Senkaku Islands. 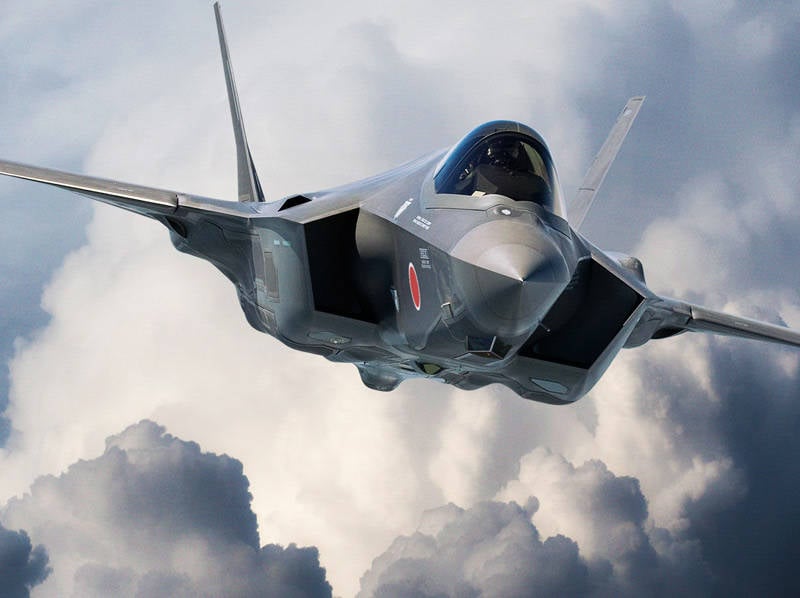 As the territorial contradictions escalated, the Japanese Air Force found themselves in the frontal zone. Japanese self-defense forces began to fly more often to intercept air targets. 2003 to 2013 the number of alarm trips increased threefold from 158 to 567. The number of Russian aircraft doubled from 124 to 248, but the most significant increase was in the detection of Chinese military aircraft - from two to 306.
In response to the rising tensions, the MTDP will make significant changes to the Self-Defense Forces. Japan will increase military spending by 5% over five years to a total of 247 billion. In Japan, the number of fighter squadrons will increase from 12 to 13, and the number of aircraft in them from 260 to 280. The number of ground-based radars will also increase, and existing radars will be upgraded. The control system of AWACS aircraft will be improved, and their number will also grow. Japan also acquires its first reconnaissance UAV.

At the same time, the Self-Defense Forces are redeploying some units from Japan to the southern flank, including the Ryuku Islands and the disputed Senkaku Islands. The Naha airbase in Okinawa is becoming a key element of the new Japanese strategy. Japanese F-15J fighters and P-3С Orion sea patrol aircraft fly daily over the East China Sea.

The number of fighters based on Naha will be doubled from 20 to 40 aircraft. The X-NUMX hikotai in the F-204J fighter jets, which is currently stationed in Naha, will add a second squadron on the same aircraft - the 15 hikotai. A mixed squadron of AWACS aircraft (E-305C and E-2) will be deployed at Naha airbase on an ongoing basis, with the E-767С aircraft already present there on a rotational basis.

Key element in reinforcing fighter aviation will become F-35A fighters. Japan will purchase 28 such aircraft within five years, as provided by MTDP, and then another 14 units will follow. The Japanese company IHI will produce 17 different engine components, and Mitsubishi Electric will produce various components for the aircraft radar, including signal receivers. Mitsubishi Heavy Industries will be responsible for the final assembly of the aircraft. The first Japanese F-35A should be based at the Mizawa Air Base. It has been reported that Japan is considering the purchase of a second batch of these aircraft, which will possibly include F-35B short take-off and landing aircraft, for deployment on remote islands or even on new helicopter carriers such as Izumo or existing ones such as Hyuga.

In addition, existing aircraft will be upgraded: in 2014, upgrades will undergo 12 F-15J fighters, the cost of which is 12,5 million dollars for each aircraft. The modernization program will affect the onboard EW complex, an infrared optical-electronic tracking system. Interestingly, the F-15J pilots will also receive night-vision goggles, although the planes are not supposed to be used as strike aircraft.

The Japanese-made F-2 fighter fleet also goes through a deep modernization program, which includes the installation of a more powerful radar with AFAR J / APG-2, as well as the inclusion of the ability to use the new AAM-4B air-to-air missiles. Having an active GOS with AFAR, the AAM-4В rocket replaces American-made AIM-120 AMRAAM missiles. Each upgraded F-2 can carry up to four AAM-4В missiles. For use as an attack aircraft, the F-2 will be refined to allow the use of JDAM guided bombs, the 2014 budget provides for the installation of an aiming container on one F-2. At the same time, ground forces will receive their first laser designators for target illumination for the F-2.

The AWACS fleet will be modernized and reorganized. The four existing E-767 aircraft will receive upgraded electronic equipment and on-board computers, which is provided for by the 2013 budget. The number of ground-based radar divisions on Japanese territory will increase to 767. Existing ground-based radars will be upgraded at an accelerated pace, and the stations at Miyakojima and Takahatayama will be re-equipped. These works are also funded by the 13 budget. Both early warning radars can view the waters of the East China Sea, and even capture the territory of mainland China.
In order to expand intelligence capabilities, Japan plans to purchase three Northrop Grumman RG-4 Global Hawk UAVs. The first one should be purchased in 2015, it will be based on the Mizawa airbase, from where it can control the DPRK nuclear program.

Within five years, the Japanese Navy will purchase four Kawasaki P-1 naval patrol aircraft, which will bring the total number of aircraft of this type in service to six. P-1 is a national development, designed to replace the aircraft P-3С Orion. It is equipped with high bypass turbojet engines, fiber optic control systems, as well as a modern information processing and communication system. Unlike the American P-8 Poseidon, the magnetometer will be saved on the P-1. Ultimately, 70 P-1 will be purchased. The existing fleet of Japanese aircraft P-3С will pass through a program of extending the resource for keeping aircraft in battle formation.

The Navy will also increase the number of helicopters. Taking into account the growth of the “deck space” with the introduction of helicopter-carrying destroyers of the Hyuga and Izumo types into sra, the need arose for PLO helicopters. Four SH-60K Seahawk helicopters will be procured, and the existing SH-60J helicopters will be extended.
Finally, the Japanese ground forces will purchase Bell Boeing V-17 Osprey 22 convertible planes. The Japanese army creates amphibious forces along the lines of the US Marine Corps, and Osprey will be responsible for tactical transportation, which will allow for the reinforcement of remote Japanese garrisons on the islands without creating runways. Osprey has already demonstrated its compatibility with multi-purpose amphibious assault ships of the Osumi type and helicopter-carrying destroyers of the Hyuga type. The first copies will be purchased in April 2014, and deliveries will stretch over five years.

The new Japanese defense plan seems to be not so much focused on mass, as on point actions. Instead of simply increasing the Self-Defense Forces, the plan envisages the relocation of squadrons to key positions, like the islands of Ryuko, away from quiet places. Self-defense forces are increasing the capabilities of their air force and create the basis for the purchase of fifth-generation fighter jets. According to the author, this defense plan is a balanced response to the growing tensions in Northeast Asia.