The past century, the current century 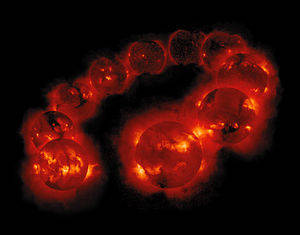 Looking back, in the last century (further - then), and seeing what is happening in the present century (hereinafter - today), I begin to suffer doubts due to the coincidence of some events.


Then, I remember, Austria, Czechoslovakia were given to the fascist state to be slaughtered. Today, the slave "fascist" exceptional block to the slaughter given to Iraq, Libya. Then there was the Spanish Civil War (1936 — 1939). Today there is a "civil" war in Syria (2011 — 2014).

Then in the year 1918 Poland - the Slavic state - became independent in fact and legally. It should be noted that the path to the independence of Poland was confusing: since 1916, Germany and Austria-Hungary began to stir up their affairs on this issue, etc. Conventionally, the period of confusion: 1916 — 1918. Today, in 1990, a similar “movement” began in relation to Ukraine - this is Slavic ... And it was just as dull: they declared themselves independent and had a referendum for the separation twice ... The period of katavasia was conditional: 1989 — 1991.

This article presents only a number of basic, in my opinion, patterns in the events of the past and present century. The presence of these patterns is a fact. Although you can assume that the fact strained.
There are a lot of thinking visitors at the "VO"; you will draw the necessary conclusions yourself.

I wanted to add about the influence of solar cycles on these processes, but I think those who are interested will find out for themselves.

Although I will quote a quote illustrating the influence of the Sun’s activity not at the highest point, but after passing through it: “In the light of the interesting solar activity data presented by our scientific consultant, the problem 2012 is particularly vivid. All world media, including cinema, persistently inculcate in people's minds that the “End of the World” will come in 2012, but according to the actual data of the Sun’s behavior, it turns out that the critically dangerous peak of human exposure to the 24 solar activity cycle shifts by 2014-2016 years. "To put it, there is nothing to fear, since it is a natural cycle, and a normal person is evolutionarily adapted to it. Then why are they fixated on 2012?" (the quote is taken from the article at the link below, this is a 11 year cycle).

There are 22 summer cycles and many other solar cycles, and besides the solar cycles, other cycles have an influence (this is explained by signal theory). The imposition of, for example, high phases, gives themselves know what effect.

http://anvictory.org/blog/2011/03/16/solnechnaya-aktivnost-a-chizhevskij-i-zemletryaseniya-chast-1-o-chem-govoryat-pervoistochniki/
Ctrl Enter
Noticed oshЫbku Highlight text and press. Ctrl + Enter
We are
What you didn't want to know about EnglandInterview by President Bashar Al-Assad to the Sunday Times
Military Reviewin Yandex News
Military Reviewin Google News
27 comments
Information
Dear reader, to leave comments on the publication, you must sign in.