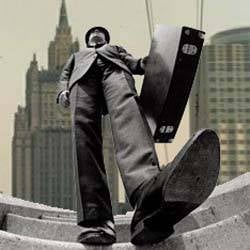 Lithuanian special services convicted second secretary of the Russian Embassy in Vilnius Valery Katul for spying. According to the country's Department of State Security (DSS), the diplomat was engaged in collecting secret information about the Lithuanian presidency of the European Union in 2013.


According to the State Security Department report, Katula tried to recruit a local civil servant in order to get information about the activities and priorities of the Lithuanian presidency, agreements on associative membership with the Eastern Partnership countries, the results of visits of foreign delegations in the country. For the information collected, a monetary reward was offered, reports Delfi portal.

In addition, according to Vesti, the report of the special services says that Russian representatives tapped telephone conversations of Lithuanian diplomats and then published them on YouTube. Russians were also accused of distributing spyware through infected email attachments, USB flash drives and CDs.

Lithuanian Foreign Minister Linas Linkevicius, in turn, said that preventive measures had been taken against Katula, and there was no need to expel him from the country. “We know this information, and everyone will know who he is. The fact that he is made public is, in my opinion, also a sufficient measure at the moment. For now, that's all, and then we'll see,” the Foreign Minister explained.

In 2004, Lithuania sent three Russian diplomats for espionage. As the head of the Lithuanian Foreign Ministry explained at the time, the Russians "spied on the process of impeachment of President Rolandas Paksas" and also showed "heightened interest" in the privatization of state facilities.