Two thousand will not be canceled. President extended financial-recruiting experiment 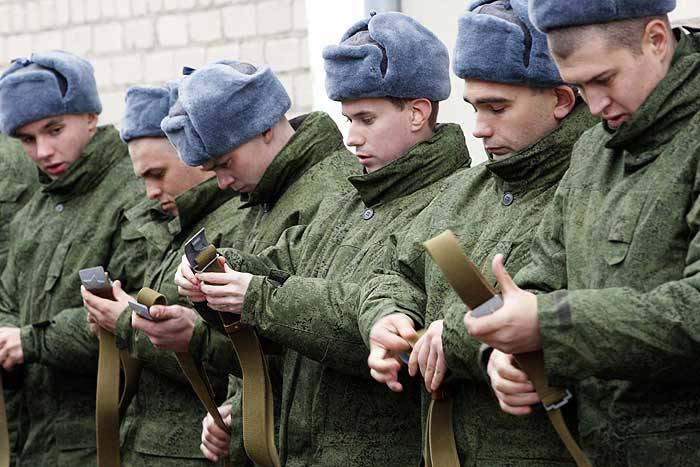 The President of Russia decided to extend the financial experiment with payments to conscripts.


By presidential decree N 136 this year and next, they will receive at least two thousand rubles a month. This practice, we recall, was first introduced in January 2012-th in order to unify the money allowance of soldiers-recruits.

The point of the experiment was to stimulate the service of all conscripts without exception. To do this, the upper level of the draft salary was temporarily raised to 2 thousand rubles and the salaries of not only junior commanders and high-class specialists, but also ordinary recruits, were brought up to it.

Considering that in the army they are all on full state support, this step still looks quite attractive to children from low-wage families. For a year of military service on a Mercedes, soldiers, of course, do not accumulate. But the monthly amount they receive is quite enough for going to the teahouse and the necessary purchases in the garrison shop.

The fact that current recruits do receive more money is easy to see from the example of their official salaries. Before the military-financial experiment, the usual shooter and the cadet of the training unit were paid a thousand rubles a month. The service of the army driver, telephone operator, grenade launcher, sniper and machine gunner was then evaluated at 1100 rubles. The mechanic - the driver of the missile and combat vehicle launchers, the intelligence officer and the senior telephonist received 1200 monthly. The commander of the mortar or gun had a hundred rubles more. The official salary of the squad commander in a motorized rifle platoon reached 1400 rubles. Well, the largest sum for the recruit was credited to the senior officers of the unit and the senior inspector of the road patrol service - 1800 rubles per month.

The last two years, the salary of recruits - two thousand. For most it will remain the same.

The last two years, their official salary was two thousand. For most conscripts in 2014-2015, it will remain the same. The presidential decree states that it takes into account the salary for military posts, monthly allowances for class qualifications, special conditions of service and work with information constituting state secrets.

Let's clarify that the named amount is the minimum that the draftee now has every month. Those guys who serve in our military bases outside of Russia, get much more. Their official salary is the same as that of contract soldiers. And these recruits every month charge additional payments.

The official salary in the document is not mentioned randomly. The fact is that the fighters conscripts who are part of the junior commanding staff and have subordinate people now also receive a monthly additional payment. Its size, we quote the presidential decree: "... to 80 percent of the salary for a military post for the first tariff category," the usual recruit.

Branch commanders, deputy platoon commanders, unit foremen and other "urgent" bosses at our foreign military bases, in zones of armed conflict and counter-terrorist operations will receive the same 80 percent overhead. But already from the salary for the primary position of a military contract.

Ctrl Enter
Noticed oshЫbku Highlight text and press. Ctrl + Enter
We are
The result of reforming the monetary allowance of military personnel in 2012 yearRecruits lured to NATO for 500 rubles a day and iPad 2
Military Reviewin Yandex News
Military Reviewin Google News
57 comments
Information
Dear reader, to leave comments on the publication, you must sign in.