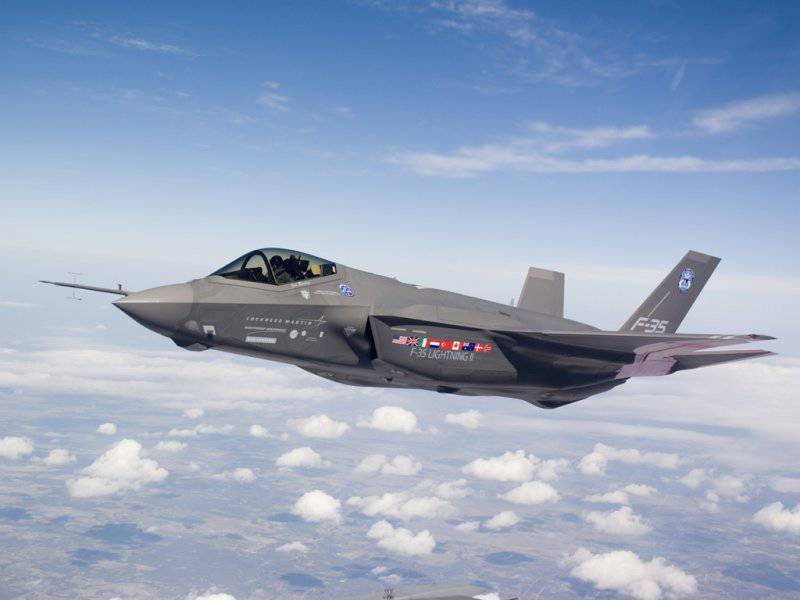 Italy is reducing purchases of the F-35 fighter, but is not withdrawing from this program, said Prime Minister Matteo Renzi.

According to him, this decision is associated with a reduction in defense spending in the amount of about 1 billion euros annually.

In an interview with the TG5 television program, the Prime Minister said that “the program (F-35) will be continued, but adjusted,” and the number of aircraft purchased by Italy will be reduced.

Italy originally planned to purchase the F-131 fighter 35, but this time has reduced this number to 90 units due to financial constraints. The new coalition government of Italy, led by Matteo Renzi, plans to revise defense spending, which could lead to a further reduction in F-35 procurement.

The Democratic Party (DP), whose secretary is Renzi, last year offered to withdraw from the F-35 program and use the existing budget for the Typhoon fighter program of four European countries, in which Italy has 21 a percentage of stocks by purchasing these fighters instead of F-35 . In other words, one of the reasons for such a proposal was that the Eurofighter consortium guaranteed a proportional return on investment, while the F-35 program did not provide this. Italian parliamentarians are in favor of financing jobs in Italy, not in the United States or anywhere else. The proposed DP decision is related to the development of the Eurofighter before the final stage of the Tranche 3В (Tranche 3B) and the purchase of Typhoon fighter jets instead of F-35 to support jobs in Italy. However, this option requires an agreement with three other European partners in the Eurofighter program - the United Kingdom, Germany and Spain. Italy has already paid 2,5 billion euros for the F-35 program and may lose this money if it leaves it.

Another issue is the cost of operating the Eurofighter, which, according to some estimates, is on the order of 40 thousand euros per flight hour. For comparison, Italy has leased F-16 fighters, the cost of which is less than 16 thousand euros per hour of flight. The management of Eurofighter does not agree with this assessment and believes that the direct operating costs for one hour of the Typhoon flight is 15,1 thousand.

Reducing the number of F-35 is likely to meet the resistance of the Italian Air Force, which needs to replace the fleet of attack aircraft "Tornado" and AMX during the next 10 anniversary. The same objections can be made by the naval forces, requiring the replacement of short-takeoff and vertical landing fighters (AVAS) of the AV-8B and the maintenance of the fleet of combat aircraft.

The F-35 program is also supported by the Italian President Napoletano, despite its limited constitutional options, as well as the Finmeccanica state corporation, which includes Alenia Aermacchi, which participates in the F-35 program. Since the powers of the head of Finmeccanica, Alessandro Pans, expire in mid-April of this year, it is highly unlikely that he would act in opposition to government policy. Also, a number of appointments in many state-owned industrial companies in Italy are expected on April 19.

According to the Ministry of Defense, Italy will spend another 16,1 billion dollars on the F-35 program over the next 15 years, of which only more than half are planned to buy fighters. At the same time, it is expected that the acquisition of X-NUMX F-60A aircraft with conventional take-off and landing will be carried out at an average cost of 35 aircraft million euros (74 million dollars), and X-NUMX aircraft F-97,7B in the CWEL version with 30 million euros (35 million dollars) for the plane. At the same time, it is not clear whether these figures include the cost of engines, which are considered separately for the F-88 program.