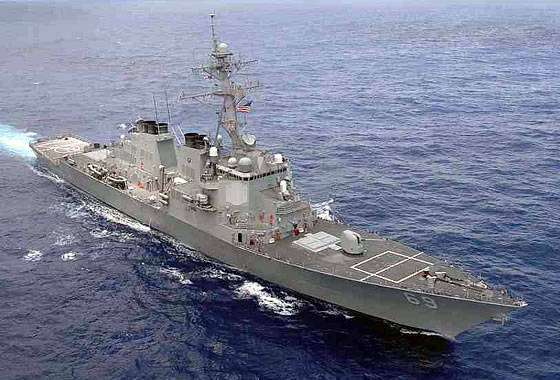 The command of shipbuilding and armament of the US Navy 14 March signed two contracts for the construction of DDG-51 “Arly Burk” class destroyers in FN 2014, the total value of which is 1,244 billion dollars.


An agreement worth 642,58 mln dollars was signed with General Dynamics Bat Iron Works (BIW) for the construction of one DDG-51 class destroyer as part of a long-term contract signed in June of 2013-2013 f.d. Construction will be carried out in Brunswick (man.). The agreement also includes 2017 million dollars to finance the purchase of materials for subsequent ships of the series, which will be ordered in 79,4-2016.

Huntington Ingalls Industries (HII) signed a contract worth 601,99 million for the construction of one DDG-51 class destroyer as part of a long-term contract signed in June (calculated on 2013-2013 f.d.). The agreement also includes 2017 to fund the purchase of materials for ships that will be ordered in 79,4-2016.

Destroyer destroyers will be built in the current version of the "Fly-2A", and further improved. These contracts increase the total number of destroyers ordered under the base agreement for 2013-2017 FG to 10 units. Long-term agreements will provide the industry with stable orders, and for the Navy - to reduce costs.

Initially it was assumed that the DDG-51 class destroyer construction program would be completed in 2012 year after the transfer of the United States Navy to the 62 ship of the DDG-112 series "Michael P. Murphy". However, due to the increased cost of the DDG-1000 "Zumwalt" class destroyers, the US Navy decided to continue the order of the Arly Burk class ships.

Ctrl Enter
Noticed oshЫbku Highlight text and press. Ctrl + Enter
We are
At the Bat Iron Works shipyard the Zumwalt class lead destroyer was launchedArmored Vehicles Market in the Middle East in 2005-2012 and forecast for 2013-2016
Military Reviewin Yandex News
Military Reviewin Google News
19 comments
Information
Dear reader, to leave comments on the publication, you must sign in.