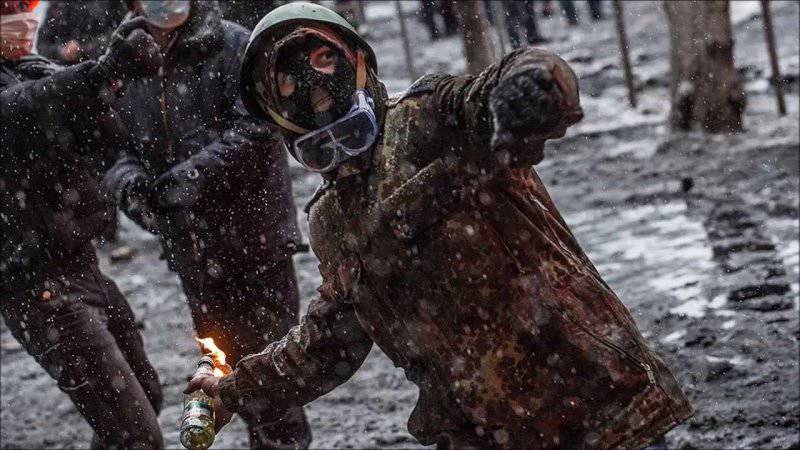 The scenario of the Ukrainian coup is a novelty for the post-Soviet space: so far no such putsch has occurred in any of the CIS countries. Typically, residents of the fraternal republics perceive the “color revolution” as mass (and in some cases peaceful) protests timed to coincide with the next elections. But in Kiev, the coup did not follow the pattern: it seems that one of the variants of the “Arab Spring”, adapted for the states of the former Soviet Union, was successfully tested in Ukraine. Are similar scenarios possible in other CIS countries, and if so, how will the West try to destabilize the ex-USSR?

According to political scientists, the most vulnerable to coups inspired from abroad are located in Central Asia. The capabilities of the leaders of the Central Asian republics are limited by financial difficulties. In addition, Central Asia is one of the most important areas of American foreign policy, a region rich in mineral resources and capable of becoming a springboard for an offensive against China and Russia.

The most likely candidates for destabilization are Kyrgyzstan and Kazakhstan. Everything is clear with Kyrgyzstan: the country's economy is in decline, most of the population is below the poverty line, coups d'état have long become a part of everyday life. The next uprising, as it was in 2005 and 2010, will surprise no one. By the way, next year the current five-year political cycle will end in Kyrgyzstan, and perhaps the next coup will take place.

The United States is likely to come out in support of the Kyrgyz insurgents, since the current government of the republic demands that Washington evacuate the American military base Manas as soon as possible. But the United States wants to stay in Central Asia: in the plans of American officials - the redevelopment of the military base, and not its liquidation.

With Kazakhstan everything is more complicated: the economy of the republic is developing steadily, many oil and gas fields are located in the country. In order to destabilize the country, foreign sponsors will have to make some efforts. Any casual excuse for an uprising, as in Kyrgyzstan, will not be enough: in order to achieve the desired result, it will be necessary to deliberately "process" Kazakh society for several years.

Such work is already actively carried out. In Kazakhstan, there are small cells of Islamist groups that organize terrorist attacks and try to sow panic in major cities using disinformation methods. Fundamentalist organizations are particularly active in southern Kazakhstan, where the majority of the population are Muslims. In the north, on the contrary, Christians live, and many of them are Russians by nationality.

Therefore, in its consequences, a coup in Kazakhstan will be much worse than in Ukraine, because if radical Islamists come to power in Astana (or will command Kazakh officials, as Ukrainian Bandera do), persecution of Kazakhstan’s citizens will begin religious grounds.

The main thing in Central Asia - do not show weakness!

Also in line for destabilization are Uzbekistan and Turkmenistan. In Uzbekistan, there are problems with the continuity of power: the president of the republic, Islam Karimov, has not yet found a worthy replacement, although he is in respectable age. In the ruling elite, a serious conflict has matured, and officials are involved in backstage confrontation with each other for the right to inherit the country.

Against this background, the Islamic Movement of Uzbekistan can return to the republic — an influential group of Islamic fundamentalists that has found refuge in the territory of Afghanistan. During the war against the US occupiers, the IMU fighters gained a wealth of experience and found many allies - the same obsessive Islamist internationalists.

The situation in Turkmenistan is also unstable. The new leader of the country, Gurbanguly Berdimuhamedov, is not such a tough and confident ruler as his predecessor Saparmurat Niyazov was. There are very high risks that the President of Turkmenistan will not cope with internal and external challenges, especially in conditions when the country observes strict neutrality and, as a result, it has few allies, while Turkmen oil is a lure for many.

As for Tajikistan, any Maidan for him is like death. The republic survived the civil war, and in order to plunge it into chaos, just a few brutally murdered inhabitants of a provincial town, which in 90-s were in opposition to the central government, are enough. For example, a similar scenario was nearly implemented in the Gorno-Badakhshan Autonomous Region in the 2012 year.

Belarus in Europe is often viewed as the next candidate for a “revolution”. However, according to experts, such assumptions are completely unfounded. Alexander Lukashenko himself understands this: he accurately described the true causes of the Ukrainian crisis when he said that the collapse of the economy in Ukraine was caused by the rampant corruption and the most serious confrontation between politicians. Also, the President of Belarus gave a negative assessment of the entrepreneurial activity of the eldest son Viktor Yanukovych.

Unlike the disgraced leader of Ukraine, Alexander Lukashenko can boast that his country is stable and does not expect the same sad end, as the southern neighbor. The economy functions normally, there is an effective fight against corruption, the sons of the officials do not create their own business empire. For all entrepreneurs there are uniform rules of the game, there are no “holes” in the budget. And this is in the context of sanctions from the European Union!

Belarusians are not ready for their Maidan: popular discontent is unlikely to reach such a level when the inhabitants of Belarus en masse will take to the streets of the capital and regional centers. Those small groups of militants who are trained in special camps will not be a decisive factor, as it was in Ukraine: because of the small number of possible demonstrations, the tactics of barricades worked out in Kiev are unlikely to work.

However, on the eve of the 2015 presidential election of the year, Alexander Lukashenko promptly drafted a law on martial law and submitted it to parliament. The new law significantly expands the powers of the head of state in the suppression of armed insurrections, riots and other anti-government protests.

Belarus is one of the strongest links in the post-Soviet space, but it has little strategic importance, and its destabilization will be just a pleasant bonus for the West, but by no means the main goal.

The main task for the United States and Europe, of course, is the overthrow of the constitutional order in Russia. It is impossible to do this through Belarus for the simple reason that Alexander Lukashenko, with the support of the Kremlin, will easily restore order in his homeland. The easiest way to get to the borders of Russia through Kazakhstan: if this country is on the verge of a split, you will need to make incredible efforts to put out the fire of war.

Kazakhstan is the key to Russia. In turn, the key to Kazakhstan is Kyrgyzstan, one of the most vulnerable fraternal republics. If a coup occurs here, the Middle East scenario is not excluded, when huge Algeria, Egypt, and Syria rebelled after a small Tunisia.

Russia is taking measures aimed at strengthening the military presence in Kyrgyzstan. Thus, Russian diplomats are gradually “squeezing” the American airbase “Manas” out of this country, and in exchange for the departed foreigners in the republic it is planned to build up the Russian military grouping. Thanks to this, Moscow will be able to prevent another senseless and bloody uprising, and for this it is not necessary to shoot anyone, you just have to play with muscles a little. The presence of Russian troops in any state in the post-Soviet space is a significant psychological factor, even if the military remain neutral.

Political and economic integration in the post-Soviet space is equally important. The revival of the allied structures is the only alternative to “maydanization”. In practice, residents of the CIS countries should make a choice between economic stability, prosperity and confidence in the future on the one hand and the most serious destabilization under the guise of "democratization" on the other. Crimeans were the first to realize this and made their civilization choice. It remains to wait for the rest.