Louis Marquis, who designed the shooting buckle, was captured during the First World War, where he got the idea to make a pistol built into the belt buckle. In 30-40, civilian designer Louis Marcus modifies the buckle mechanisms, and in 1942, he proposes the use of this buckle-gun by SS officers as disguised weapons.
In the 1943 year, after a personal meeting with Reichsfuhrer Himmler, Marcus received permission to issue the first trial batch. The belt weapon was called the “belt buckle-gun of the Academy of the Armed Forces of the SS” (“SS-Waffenakademie Koppelschlo? Pistole”). A trial batch of weapons was released at the start of 1944 at the Assmann Brothers Bicycle Factory in Leibniz. 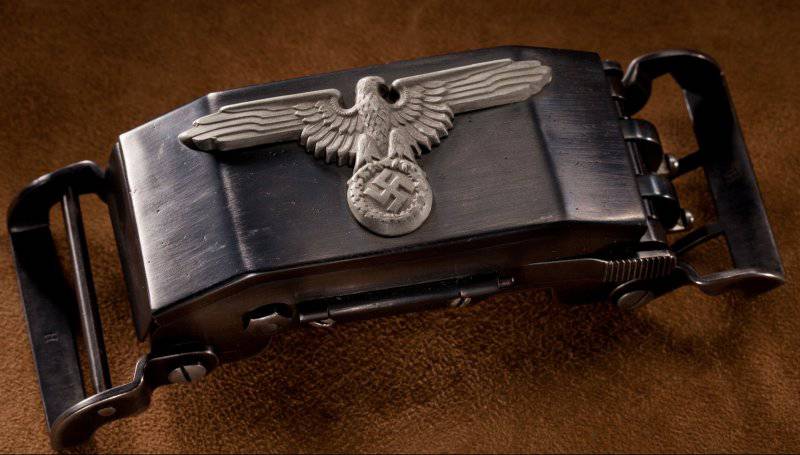 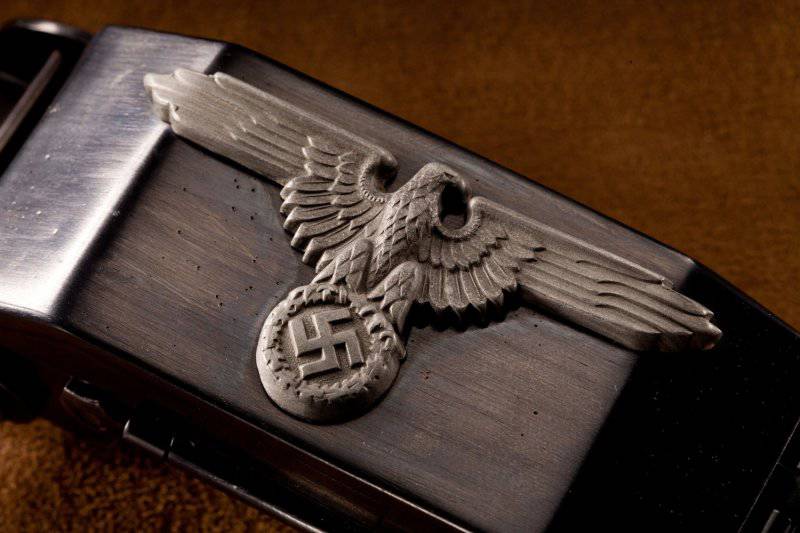 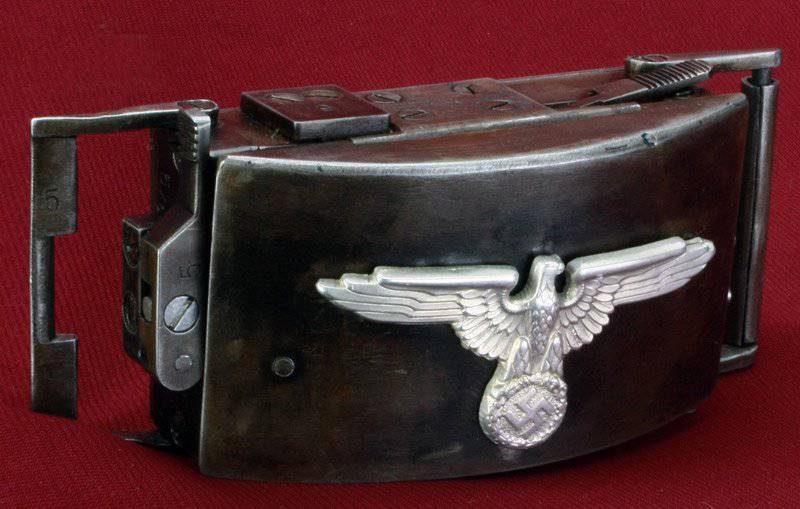 The shooting buckle was made of steel, its parts were assembled with screws. The surface of the “SS-Waffenakademie Koppelschlo? Pistole” was covered with burnished, the Nazi symbol in the form of an eagle, which sits on a swastika, was attached to the top cover. 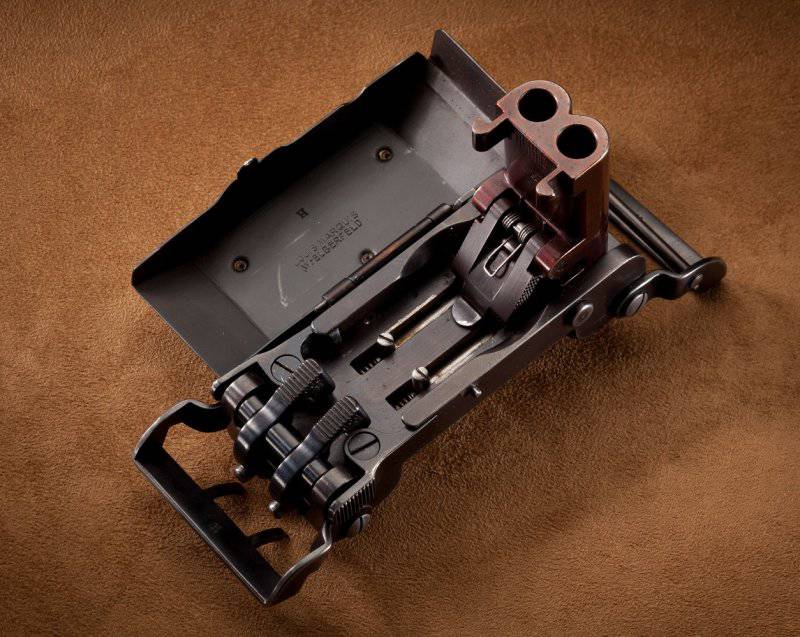 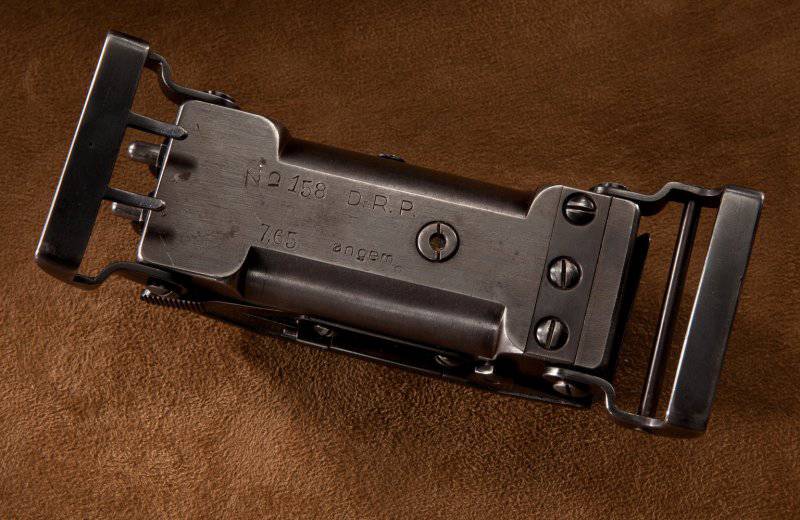 The buckle pistol had markings on the surfaces in the form of the text “Louis Marquis, W. Elderfield”, digital designation of the serial number and caliber of the weapon, as well as the “DRP” stamp (“Deutsche Reich Patent”), the test stamp and the SS troop symbol in the form of two lightning. The SS-Waffenakademie Koppelschlo? Pistole buckle was worn on an ordinary officer's belt, despite the fact that it was significantly different in size from an ordinary officer's buckle. 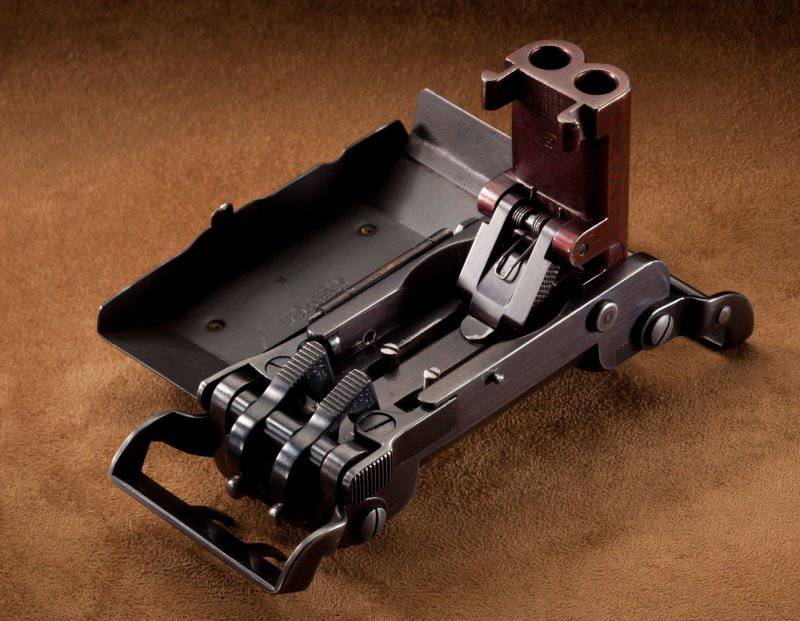 The pin in the upper part of the buckle body end was fixed with a folding buckle cover. The barrel units of the weapon were made in the form of a single piece with two smoothly drilled channels of barrels with chamber hollows drilled parallel to each other by two (caliber 7.65 mm) or four (5,6 mm). The barrel unit was attached pivotally to the right side of the buckle case and was fixed in the folded state with the help of special hooks with two latches with levers.

To bring the pistol buckle into a combat position, it was necessary to press the two buttons located on the left side of the buckle - they opened the fastener of the top cover and turned the blocks of the barrels into the combat position. At the same time, for the double-barreled model, the lid was folded down, and for the four-barreled model up. Blocks of trunks were deployed in a firing position (perpendicular to the buckle body) horizontally disposed springs that worked on pushers and figured cams.

After turning the barrels, the capsules of the cartridges were installed opposite the impactors embedded in the hull. Each barrel bore had a separate drummer and a release button (button). The release buttons - the keys were placed on the left side, the shooting could be carried out as a volley by pressing all the buttons simultaneously, and alternately. For reloading it was necessary to remove the liner from the chamber, for example with a ramrod, and after that insert new cartridges into the breech. 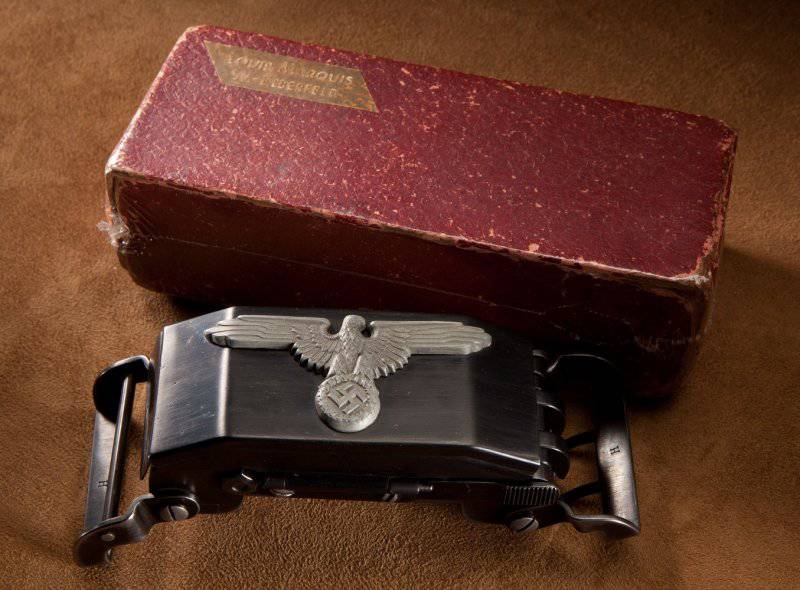 Soon after the release of the first pilot batch of pistol buckles, the Assmann brothers' company was seriously affected by the bombing. aviation allies. I have not seen any information on the use of SS-Waffenakademie Koppelschlo? Pistole buckles in sabotage or in combat in literature. Unfortunately, there is also no exact information on the number of shooting buckles issued, according to literature in M. Zomber’s private collection there is a gun buckle under number 158, and in the collection of G. Pearson under number 155. I met information on one of the forums that According to the widow of designer Luis Marcus, no more than a dozen shooting buckles were collected.