Britain will support the "Successor" 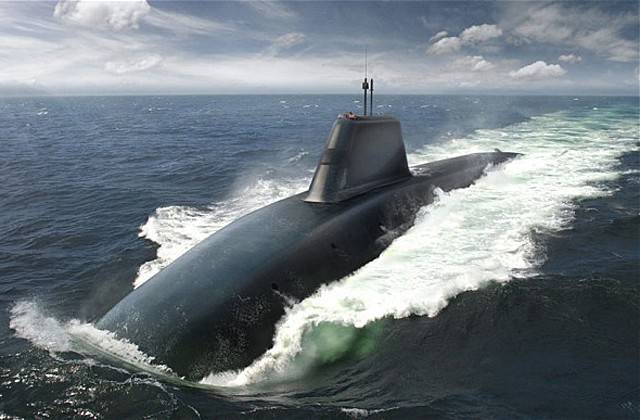 The British government will allocate 300 million pounds ($ 498 million) for the restructuring of the shipyard defense company BAE Systems. According to Defense News, modernization is necessary for the construction of the newest atomic strategic submarines of the Successor type (the Successor submarine. - RP).


About the financing of the eight-year reconstruction program from the state budget, said on the eve of the British Defense Secretary Philip Hammond during a visit to the shipbuilding enterprise in Barrow-in-Furness.

“The next generation of nuclear deterrence submarines to be built at Barrow will be the largest and newest submarines in the service of the Royal Navy fleet. Work on creating infrastructure for £ 300 million will not only give work to 6000 highly qualified specialists, but will also create hundreds of additional jobs for builders, ”the Construction Enquirer quoted him as saying.

The statement was made against the background of the decision of BAE Systems to spend 200 million pounds ($ 332 million) on the integration and development of its military shipyards in the Scottish Clyde River region, voiced several weeks earlier. At these plants before 2020, the construction of the latest 26 GCS (Global Combat Ship) type multifunctional warships should start.

The company in Barrow today is the only shipyard in Britain that produces nuclear submarines (NPS). If successfully launched, it will be able to launch the release of Successor submarines in September 2016. They will replace the four strategic submarines of the Vanguard type (“Lead Link”), which are carriers of Trident ballistic missiles (“Trident”).

The submarine fleet renewal program is designed for the 2028 year - it has become the subject of intense debate in the coalition government between conservatives and their junior partners from the party of liberal democrats. Conservatives advocate the gradual replacement of each old submarine, while their opponents say that the “cold war” is over, and fleet sizes can be reduced, writes Reuters.

Since 2011, the government has spent £ 10,000 million ($ 730 billion) million for the Successor program, including £ 1,2 million ($ 350 million) under contracts with BAE Systems, Rolls-Royce and Babcock. It is expected that up to 582 will be spent up to £ 2016 billion ($ 3 billion), and the total cost of the program can reach £ 4,98 billion ($ 20 billion). As the British Defense Ministry reported in February, the update and support of the entire British submarine fleet over the next decade will cost £ 33 billion ($ 38 billion). The construction of one nuclear submarine of the Astute type, which is considered the most modern type of submarine in the British Navy, costs approximately £ 63 billion ($ 1 billion).

“They are actively built by the Americans, the British, and we, and the Chinese. New players are trying to enter the market: India, Brazil, which has a joint project with the French. Multipurpose nuclear submarines can be used not only as a deterrent, but also in local conflicts, for the landing of special forces, ”he explained.

The submarines of the Borey project are considered the newest strategic submarines in service with the Russian Navy. According to Frolov, in 2007, their cost was estimated at 23 billion rubles, in reality, one submarine of this class with ammunition costs no less than 60 — 80 billion rubles.

“Two boats were handed over to the fleet (the Borey series. - RP), two more are at different stages and must lay the fifth during the year, eight are envisaged. There is a modernization of several BDRM "Dolphin" - now it is the basis of the naval component of the strategic nuclear forces of Russia, they must be part of the fleet until the middle of 2020. In the Far East, three XNUMBDRs are preserved, which apparently serve their time, ”the expert described the state of affairs with strategic submarines.

Ctrl Enter
Noticed oshЫbku Highlight text and press. Ctrl + Enter
We are
The keel of the sixth Estiut class submarine was laid at the shipyard in Barrow-in-FurnessModernization of BMD
Military Reviewin Yandex News
Military Reviewin Google News
16 comments
Information
Dear reader, to leave comments on the publication, you must sign in.